Upstart, a consumer lending platform known for its artificial intelligence approach to underwriting consumer loans, is expanding its tech to more car dealerships. The criteria used by this tech evaluates more than just credit and traditional underwriting vectors by including factors like education and employment. Upstart is looking to extend this non-traditional tech to dealerships nationwide over the next fiscal quarter.

This push is aimed at serving drivers with fair and poor credit by creating a more equal playing field for loan approval at the dealership level, according to the company. Upstart says its technology will empower drivers across the U.S. who might not have qualified for affordable financing.

In the transcript released from Upstart’s Q1 2022 earnings call, CEO Dave Girouard stated that the lending platform has already transacted more than 11,000 auto refinance loans in the first quarter. This is almost twice the amount funded by Upstart in the whole of 2021.

After Upstart acquired Prodigy in April of 2021, the company greatly increased the rollout of its auto retail product. It currently partners with over 500 dealerships and 57 banks and credit unions, a dramatic expansion from the 100 it started with.

This growth has been primarily driven by its commitment to advancing car buying technology. By the end of Q3 Upstart said it intends to have these features available nationwide. The Upstart team is working to finalize details, but its lending software can be found in dealerships in four states right now at a total of around a dozen lots with retail lending.

As the economy struggles with inflation, increased access to credit is all the more important as more drivers need assistance financing their next vehicle.

“Artificial intelligence will reshape the economics of lending in ways that will reverberate for decades,” and the goal is to “modernize the car buying experience,” says Girouard.

The technology is a decision API

Since the inception of Upstart 10 years ago, the company says it has worked to improve “access to affordable credit while reducing the risk and costs of lending for [its] bank partners.”

The company said this not only helps drivers gain credit approval but also ensures that they find the best rates available. Upstart is not shifting to direct auto lending by providing loans itself, but rather enabling dealerships and banks to use its AI tech to make better credit decisions right on the lot.

Girouard, who has served as Upstart’s CEO since he cofounded it in 2012, said the upgrades made to its current AI tech will streamline the loan approval process. The infrastructure of the AI model focuses on what Upstart said is its approach of measuring credit in a more nuanced manner. And with only 77 percent of large banks having an online application, this technology coming directly into dealerships will reach drivers who otherwise would not have access.

According to a release from Upstarts Product Manager Director, Alex Rouse, the Credit Decision API uses those same 15 different factors to enhance the current decision process. It is a simple plug-and-play process that gives full control to the bank or dealer but encourages reliance on the available technology to manage business risks in a more efficient manner.

What this means for you as a borrower

The seamless API experience is focused on experience and opportunity. Upstart notes that the loan process is complicated and challenging, for both the borrower and the lender. The goal of the decision API is to boost the experience by providing instant decisions and the option to work directly with the DMV to get around any hassle caused by title transfer or lien release.

Along with this, Upstart says that most loans are originated via dealerships, so tapping directly into this market benefits consumers — especially because most dealer loans come at a higher cost than those found outside the lot.

So, as a borrower, Upstart’s goal is better rates and a more effortless loan experience offered at its partnered dealerships — soon to be nationwide. This is especially good news for borrowers with poor credit or no history at all. Dealerships will have the opportunity to better cater to drivers based on the AI model. Dealers can easily consider drivers using Upstarts decision API by factoring in education, employment and much more than credit alone.

Upstart is continuing to offer refi

While Upstart is extending its footprint it still will continue to offer refinancing for drivers. Girouard shared wins from 2021, where Upstart handled more than 11,000 loans. The refi process enabled through the AI technology Upstart is known for isn’t going anywhere with the addition of decision API. Its additional technology will continue to enable fair lending and lead to increased loan origination. This can be seen in its first quarter, where Upstart’s loan approval rate hit 74 percent.

Upstart approach could be an encouraging sign in the world of auto lending, which still tends to favor credit score alone. Borrowers are likely to reap the benefits of this growth given expanded acceptance criteria leads to more loans available and fairer lending practices. 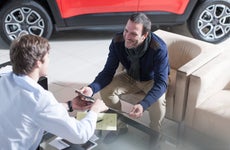 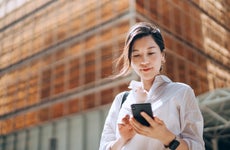 Is it better to finance through a bank or dealership? 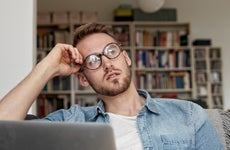 What is a bad credit auto loan? 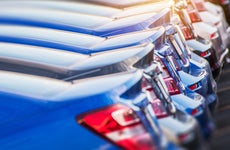 How do auto loans work?