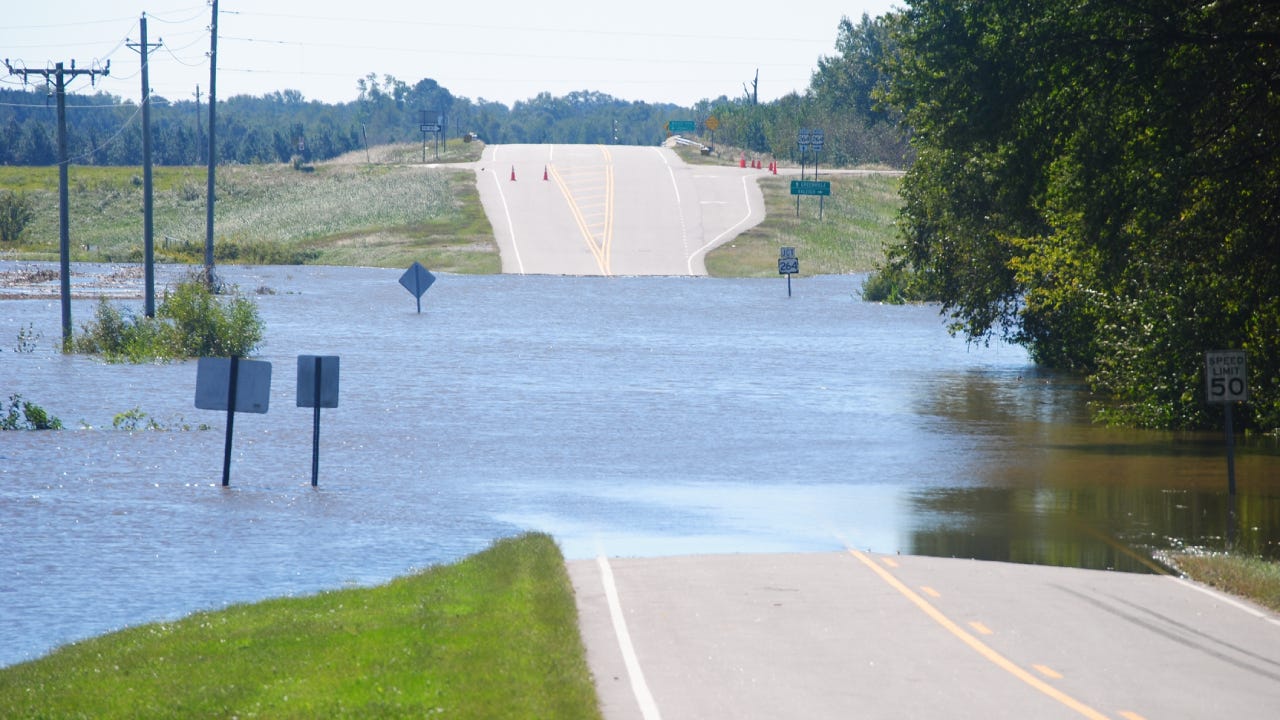 Typically, standard home insurance policies do not cover flood-related damages to your house or personal property. South Carolina homeowners can protect their homes with a separate flood insurance policy.

South Carolina’s location means it is regularly in the path of tropical storms and hurricanes, which often lead to flooding. Coastal homes often face the highest risk, but strong storms can damage inland properties. More than 37,000 South Carolina homes face the risk of storm surge from a Category I storm and the number increases to nearly 364,000 for Category V storms.

South Carolina is no stranger to catastrophic flooding. In October 2015, a combination of powerful storm systems dumped over 20 inches of rain in some areas. The storm set rainfall records statewide, killing 25 people and causing an estimated $2.2 billion in damages.

In 2019, flood claims paid by the NFIP averaged $52,000 and the average NFIP annual premium cost $700, according to FEMA. In 2016, nearly 200,500 NFIP policies were in place in South Carolina, 68% of which covered single-family residences. To calculate flood insurance premiums, the NFIP uses several factors to assess risk, including:

In October 2021, FEMA plans to implement Risk Rating 2.0, a simplified risk rating plan that will focus on rating factors such as a property’s distance from the coast, rebuilding cost and types of flood risks.

If you wait until a hurricane or tropical storm appears on the radar to buy flood insurance, you might be too late. NFIP policies have a 30-day coverage waiting period. However, the 30-day waiting period does not apply when you refinance your home, when you extend or increase the coverage of an existing flood insurance policy or if your home floods as the result of adjacent federal land laid bare following a wildfire. For a policy that covers a property located in newly designated high-risk flood areas, the NFIP applies a one-day coverage waiting period, but only when the policy is purchased within 13 months of the designation.

NFIP policies feature a one-year term, which you can renew to continue coverage. They also feature a 30-day renewal grace period. The NFIP may pay claims for covered losses that occur during the grace period, but only if you pay the renewal premium before the grace period ends.

Some private insurance companies do offer flood insurance and their regulations may be different from the NFIP.

How to purchase flood insurance in South Carolina

How can I find a flood insurance provider?

FEMA offers a flood insurance provider lookup tool on its website. Since many major insurers participate in the NFIP, check with your home insurance agent to find out if your provider sells flood insurance.

Read more From Michael
Michael Evans is a former contributor to Bankrate and has worked in numerous industries, including education, finance, government, insurance and journalism. He began writing professionally while working for the world's first online mortgage brokerage in San Francisco, California. His writings have appeared in print and online publications, including Fox Business, International Living, Motley Fool and Yahoo Finance. He and his family divide their time between residences in Northern California and Colombia. When Michael is not writing, he enjoys working in his photography business and playing with his cat, Cyndi Lou.
Reviewed by
Cate Deventer
Insurance Writer & Editor