Auto and home claims that boost your insurance rates 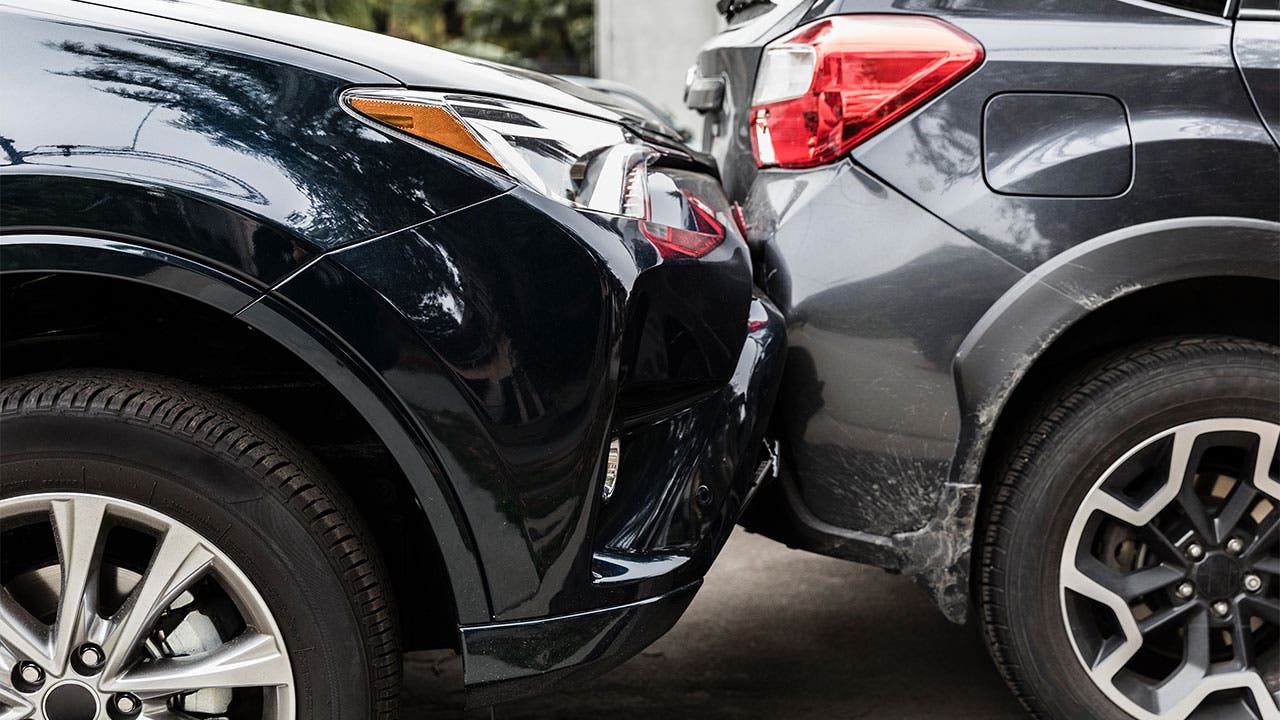 Say you’ve been involved in a fender bender. Or your dog Bailey bit your neighbor. Or your basement has flooded.

Think it’s time to contact your auto insurance or home insurance company to submit a claim? Maybe not.

Deciding whether to file a claim can be tricky. In some cases a claim may cause your insurer to raise your rates. In other instances, a claim could land your name in a database that might make it difficult to get or maintain coverage in the future.

“Most consumers do not realize that filing an insurance claim can have long-term ramifications, not just with their current insurance company, but with other carriers,” said Joel Ohman, certified financial planner and CEO of CarInsuranceComparison.com. “[It] can even affect their ability to switch policies and get approved for new coverage with a new company.”

So, before you file a claim make sure you know how it could come back to haunt you.

The whole point of insurance is to make good on a loss, to make individuals whole again.

However, many people fear that filing insurance claims will cause them to be “blackballed” by insurance companies, resulting in higher premiums, loss of coverage and difficulties obtaining new insurance. And in some cases, they might be right.

The vast majority of consumer insurance claims are recorded in one or both of two databases: CLUE and A-PLUS.

The larger and better-known database, CLUE, which stands for Comprehensive Loss Underwriting Exchange, is operated by Ohio-based LexisNexis.

CLUE is so popular that people in the insurance industry often refer to reports generated by either database as “CLUE reports.”

In a CLUE report, you can expect to find policy information like name, date of birth, policy number and claim information such as type of loss, date of loss and amount paid. The homeowner’s report lists the property address while the auto report mentions specific vehicle information.

While homeowner claims and auto claims are registered in CLUE and A-PLUS, health insurance and other types of insurance claims are not included. Claims will remain in your CLUE report for seven years and A-PLUS report for five years.

Insurers may rely on these databases — which originally were created to prevent insurance fraud — to research and screen applicants’ claim histories. In some cases, what these claim histories reveal can result in higher rates or difficulty obtaining coverage.

“Essentially, insurance companies came together many years ago and decided that pooling certain claims data together in a shared database would result in better intelligence on pricing future policies, or outright deciding to deny or rescind coverage,” says Ohman.

Get your CLUE and A-PLUS reports

Under the Fair Credit Reporting Act, you have the right to obtain your CLUE and A-PLUS reports every 12 months for no cost. Here’s how:

Since there may be information about your claims history in both reports, it’s in your best interest to review both. If you notice claims you never made or any other inaccurate information, inform LexisNexis or Verisk right away. They will perform an investigation within 30 days, resolve any errors and provide you with a free copy of the corrected report.

When to think twice about filing home claims

So, when should you file a home insurance claim?

“There are no general guidelines,” says Tim Bowen, an assistant vice president on the homeowners insurance team at MetLife. “These decisions are made on an individual basis.”

Filing a single claim for home insurance generally won’t result in higher rates. However, Bowen says that making two claims in a three-year period is more likely to trigger a hike, although each company is different. Many insurers base their decisions on how long you’ve been with the company and the nature of the claims.

Also, most insurers say homeowner claims resulting from weather or other catastrophes typically do not result in higher rates.

So, which claims do pose a potential risk to your insurance rates or coverage?

Dog bites are the largest single cause of home policy claims, according to Robert P. Hartwig, former president and now a special consultant to the Insurance Information Institute.

Many insurance companies keep a list of dog breeds that are most likely to attack. Some of the most common breeds that are considered dangerous by insurers include pitbulls, German shepherds, chows, rottweilers, Great Danes and Doberman pinschers. If the homeowner owns one of those breeds, it may be difficult to obtain insurance.

A single attack is often likely to result in higher premiums. However, homeowners may be able to keep their rates from escalating by remedying the situation to the insurance company’s satisfaction.

This may involve getting rid of the dog or taking the dog to an animal psychologist or trainer. Sometimes, the homeowner’s rates will then depend upon passing a probationary period, such as six months without an attack.

Water damage tends to set off a barrage of red lights for insurers, largely because of the costs of eliminating mold. The biggest controversy over CLUE reports, for instance, has been over water damage and its effect on real estate sales.

“Be careful before filing a water damage claim. It’s probably not a good idea to file one if the cost of the water damage is less than your deductible, the damage is related to poor maintenance on your part, or the repair is minor in nature,” says Ohman.

You may be better off paying for water damage out-of-pocket than filing a claim.

A slip-and-fall injury is a generic term used to describe an injury that happens when someone trips, slips or falls as a result of a hazardous or dangerous condition on your property.

According to the National Safety Council, falls account for nearly one-third of all non-fatal injuries in the U.S. If a person is hurt on your property and files a claim with an insurance company, your rates may rise.

“Theft is always considered a suspicious claim, potentially requiring proof of purchase of the stolen item(s) and a police report,” says John Espenschied, owner of Insurance Brokers Group outside of St. Louis. He explains that out of all theft claims, jewelry theft claims are the most common.

A theft claim may indicate that your house is in an unstable neighborhood and raise your premiums as a result.

When to think twice about filing auto claims

Other rate-hike or policy cancellation triggers vary from state to state and company to company. However, factors that may be considered include whether you were driving while impaired, whether injuries incurred and the severity and type of accident.

Some auto insurance companies, such as Allstate, Progressive and Nationwide, have a policy to forgive a first accident, but such rules are not ironclad.

To keep your premiums from increasing, it’s usually a good idea to avoid filing an auto claim if you have accidents or damage totaling $1,000 or less. If you decide to take this approach, make sure to raise your deductible to $1,000, which can lower your premiums.

Paying out-of-pocket for damage covered by insurance is distasteful to many people. However, a series of small claims can result in increased premiums and possible loss of coverage.

It gets back to the notion of what insurance is all about: bailing you out from a large disaster, rather than the small things that annoy rather than harm.

The reality is that there are many people who are strapped for cash and living paycheck-to-paycheck and can endure financial hardship if they had to pay for a fender bender. These type of people may want to keep a low deductible.

“If you make a claim for a hail dent serviced at a body shop where paintless dent repair may have sufficed, these are dollars insurance carriers view as paid out unnecessarily,” explains Quinten Lovejoy, insurance risk advisor at Crane Agency in St. Louis. “If a resin could fill a chip in the windshield and you opt to have the entire windshield replaced, an insurance carrier will not look favorably upon this in terms of your premium or continuing to offer you coverage.”

However, a word of caution: if you cause an accident involving other vehicles, you should report it to your insurance company, even if the damage to your own vehicle is negligible. The other party may, legitimately or not, file a claim for damages or injury.

“Sometimes, when a person attempts to pay out-of-pocket to take care of the situation without involving the insurance company, the other party will file a claim or hold them liable for additional damages, putting them in a much worse situation,” notes Ohman.

Having your version of the accident on record will go a long way toward having your insurance company on your side. Also, many states require accident reports to be filed by the police. If that’s the case where you live, your insurer will be sure to find out whether you report it to them or not.

What to do before filing a claim

If you’re unsure of whether you should file a claim, Espenschied recommends calling up your insurance representative, explaining your situation and asking for their honest advice. They may steer you in the right direction and make your decision easier.

“You may have a $2,000 water claim with a $1,500 deductible and be asking yourself, ‘Should I file a claim?’ The answer is maybe,” says Espenschied. “If you’ve never filed a claim or it’s been five or more years, figure out if it’s worth receiving a $500 check towards the repair costs to pay it back with higher insurance rates for the next three to five years.”

“Keep in mind that there can be a long-term cost associated with filing a claim, (so) reserve claims for larger items that absolutely must be covered by the carrier rather than paid out of pocket,” says Ohman.

“However, if and when you decide you should file a claim, don’t sweat it,” adds Ohman. “That’s what insurance is for, and you did the responsible thing by purchasing adequate coverage ahead of time.”