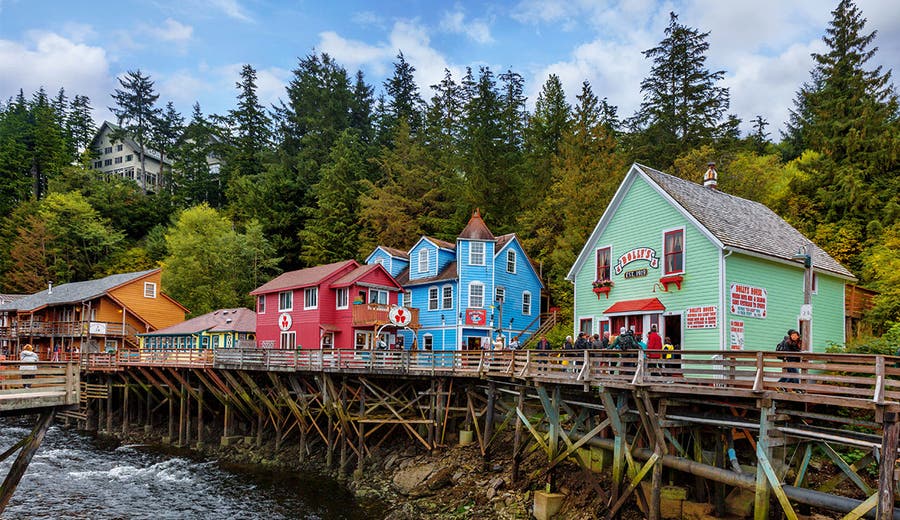 Texas voters are expected to decide whether to make it even tougher for the state to tax residents’ incomes.

The Lone Star State is already one of the seven U.S. states that forgo individual income taxes as of 2019. In November, Texas ballots will ask residents to add a ban on enacting an income tax on individuals to the state’s constitution.

Is it better to live in a state with no income tax? It’s a great question considering we already have to set aside a portion of our paychecks for the federal government.

The case for removing an individual income tax typically goes like this: states that don’t dip directly into their residents’ pay become beacons for growth. They’re better at creating jobs and keeping a core of young, educated workers from moving to other states.

The states without personal income taxes

Residents of New Hampshire and Tennessee are also spared from handing over an extra chunk of their paycheck, though they do pay tax on dividends and income from investments.

Others, however, are skeptical about ALEC’s findings.

There is no compelling evidence that states without income taxes are outperforming states that have them or even have relatively high rates, says Michael Mazerov, senior fellow at the Center on Budget and Policy Priorities.

“Preserving and enhancing states’ investments in education, health care, roads, bridges, parks, and other infrastructure will do far more to boost inclusive economic growth and the well-being of their residents than will cutting income taxes,” Mazerov says.

The taxation debate is largely ideological. Those with larger paychecks might see the cons of taxing personal income. On the flip side, those who want governments to help shape society — and support funding that initiative — might favor an income tax. Before taking a side, however, consider these factors.

Officials in states with higher individual income tax rates — think California and New York — are less than thrilled about a provision in the new tax code that capped the state and local tax (SALT) deductions that residents can claim at $10,000.

The old tax code allowed taxpayers who opted to itemize instead of take the standard deductions — formerly $6,350 for single filers and $12,700 for couples filing jointly — to deduct all of the property taxes they paid to state and local government agencies as well as their tally from either sales taxes or individual income taxes.

Since most people rack up more individual income taxes, that is the category they choose to deduct. The changes leave some likely owing more, economists say.

It’s more business as usual for people living in a state without individual income taxes because those residents were by default either taking the standard deduction or subtracting the amount they paid in sales and property taxes from their federal tax bills. Without making some big purchases or holding a substantial real estate portfolio, it will likely be harder to hit the new $10,000 cap.

There are other ways to get you

States without a personal income tax might ask residents and visitors to pay more sales tax on groceries, clothes and other goods, as is the case in Nevada. Or like in New Hampshire, homeowners end up paying more on their property tax bills compared with those in neighboring states.

Tennessee, for example, had the highest combined sales tax rate in the country in 2019, according to the Tax Foundation. The Volunteer State, which reviles income taxes so much that voters changed the Tennessee constitution in 2014 to forbid these taxes for good, charges a 7 percent sales tax statewide. When combined with local sales taxes, the combined rate increases to an average of 9.47 percent.

Overall, the seven states without income taxes, plus New Hampshire and Tennessee, had an average sales tax rate of 6.99 percent — 56 basis points higher than the average for the other 41 states, according to the Tax Foundation’s data.

In New Hampshire, homeowners pay some of the highest effective property taxes in the nation, according to an analysis by ATTOM Data Solutions. The Granite State also continually ranks poorly for contributing funds to higher education and has some of the most expensive two-year and four-year colleges in the nation when looking at average tuition and fee prices, according to the College Board.

Elsewhere, Texas and Nevada have above-average sales taxes, and Texas also has higher-than-average effective property tax rates. Florida relies on sales taxes, and its property taxes are above the national average. Wyoming and Alaska make up for the lost income tax revenue through their natural resources. Both states enjoy hefty tax revenues from coal mining and oil drilling operations.

All of those extra taxes contribute to higher-than-average living expenses in some of those states. Washington, New Hampshire, Nevada, Florida and South Dakota were among the 24 states with the highest cost of living in 2018, according to data compiled by the Council for Community & Economic Research. Alaska is also among the most expensive places to live, but a big part of that is because it’s so remote.

More pressure on the poor

While the jury’s still out on the benefits of living in a state with no income tax, experts agree that there is one clear result for those states that do levy an income tax.

It helps the poor.

An income tax is a classic tool for redistributing wealth. It’s usually “progressive” in nature, meaning that it taxes higher earners at a greater rate than lower earners. Other taxes typically don’t have that Robin Hood-like characteristic.
Sales taxes, for example, are considered “regressive.” They don’t change depending on the income level of the consumer. They treat everyone the same. So do levies on food, gasoline and other key consumable items.

These taxes place an unfair burden on the poor, according to research from the Institute on Taxation and Economic Policy. The reason is the lowest earners in the state devote the lion’s share of their take-home pay to buying things that are subject to sales taxes. The wealthy, who can save a chunk of their income in their 401(k)s and other investments, have a much smaller proportional exposure to the sales tax.

“It’s extremely difficult to fund government adequately and sustainably when families with the largest incomes are contributing the least,” says Carl Davis, research director at the Institute on Taxation and Economic Policy in a statement.

Advocates for abandoning personal income taxes are driven by the same line of thinking: Cutting the income tax will boost take-home pay for everyone. It’ll make the state more attractive than its neighbors, drawing new businesses, creating jobs and sparking an influx of talented workers.

But does this really happen? A variety of economic policy groups have pushed back over the past few years, raising questions about whether any of those claims are true.

When you put the top nine states with the highest individual tax rates against the nine states that don’t go after a piece of workers’ paychecks, data shows team no-tax had a higher average population growth rate from 2006 to 2016 — 11.9 percent compared to 5.6 percent, according to the Institute on Taxation and Economic Policy.

Wyoming, home to a great deal of the nation’s coal and oil and gas activity, saw one of the larger gaps between job creation and population growth, according to the 2017 report. The Cowboy State traditionally shifts more of the tax burden onto the energy industry. While that might work during boom times, bust times create funding challenges.

One way to look at the debate over income taxes is to simply consider the political ideology underpinning each side of the argument.

If you’re someone who thinks the government should take an active role in shaping society, then you’ll probably agree that a state income tax is a good thing. It allows the state to redistribute wealth from rich to poor, and policymakers can use state tax incentives to encourage people to give to charities, buy solar panels or promote other initiatives.

If you think the government should stay out of the society-shaping business, or if you’re a higher-income earner, then you might very well be comfortable living in one of America’s nine no-income-tax states.