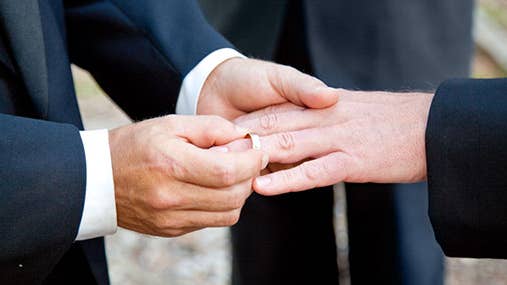 Gay and lesbian couples got relationship equality with the June 26 U.S. Supreme Court ruling that the Defense of Marriage Act, or DOMA, is unconstitutional. Now that the law has been struck down, same-sex marriage is legal in the eyes of the federal government.

That means that same-sex married couples can, among other tax matters, now file joint tax returns. But as is often the case with taxes, such equality may work in their favor. Or it could make things worse.

“From the perspective of tax equality, no one wants to pay more in taxes,” says CPA Nanette Lee Miller, partner in the San Francisco-based accounting firm Marcum LLP.” But with tax equality, everyone would be subject to the same rules.”

Thirteen states and Washington, D.C., recognize the marriage of same-sex couples. California is now added to that list, after the high court’s dismissal of a separate same-sex marriage case, which was heard in March, the day before the DOMA arguments.

On the federal level, however, DOMA had defined marriage as a legal union between one man and one woman. And that made a big difference in how some tax laws had been applied. Now, for better or worse, they will be applied more equitably.

That was made official Aug. 29, when the Treasury Department and Internal Revenue Service announced that same-sex married couples, regardless of where they live, will be recognized as married for federal tax purposes. As long as the couple was legally married in a jurisdiction that sanctions the weddings, they are married in Uncle Sam’s tax eyes even if they later move to a state that does not recognize same-sex marriages.

These couples had to file two returns, with each partner sending the IRS a Form 1040 as a single taxpayer or, if children are part of the family, with one designated partner filing as a head-of-household taxpayer.

Because the 10 percent and 15 percent federal income tax brackets for married joint filers are double that of single taxpayers, the filing differences don’t make that much difference to taxpayers whose total income falls in these lower brackets. This relatively recent change to tax law was made to ease the marriage tax penalty, which occurs when a couple filing jointly pays more than they would if the spouses each filed returns as single taxpayers.

But once the income levels increase, the filing-status options and their tax effects are more pronounced. And when couples earn vastly different incomes, joint filing in some cases produces a combined income that receives better tax treatment. Same-sex couples, however, didn’t get to take advantage of this joint-filing benefit.

Before the DOMA ruling, “If one partner makes more, there (was) no benefit of graduated tax rates,” says Miller. “There (was) no averaging of income where a couple would typically pay a lower tax rate if one makes substantially more than the other partner because the lower earnings of one spouse would pull the higher-earning partner’s income down.”

Of course, it could work the other way.

Now that DOMA is invalidated, some jointly filing same-sex married couples could face the same higher tax problem as their heterosexual counterparts. The marriage tax penalty tends to kick in when both partners earn roughly the same amount, especially if both are in the higher tax brackets.

Before the Supreme Court changed the law, Miller advised her clients to run the numbers to determine whether they would pay more or less in taxes if DOMA was repealed.

Now that same-sex couples will face the same federal filing status decisions as their heterosexual counterparts, they may need to run the numbers to see if it is more tax-advantageous to file jointly or as married filing separately.

Since the court has deemed the law unconstitutional, CPA John J. Masselli says same-sex married couples should immediately amend any open tax years (generally those filed within the past three years) to file as married filing jointly for federal purposes.

“Of course, I would only recommend this strategy if the outcome will result in a more beneficial tax outcome,” says Masselli, who also is a tax professor in the Texas Tech University Rawls College of Business.

When DOMA was in effect, the federal law meant that same-sex couples had to do more work at tax time. And that usually translated to increased fees for tax preparation and advice.

For a same-sex couple living in a state that has an income tax and that recognizes their marriage, they can file jointly in that state. This also is true if they are in states that recognize civil unions and registered domestic partnerships the same as marriages for tax purposes.

The IRS’ decision Aug. 29 to extend same-sex marriages the same federal tax-filing status treatment as heterosexual marriages regardless of where the couples live does not apply to registered domestic partnerships, civil unions or similar formal relationships recognized under state law.

But because the Internal Revenue Service did not recognize that joint state filing, they had to do added work to complete their state returns. This was because most states use taxpayers’ federal returns as the basis for filing a state return.

In order to have the correct numbers from a federal return to plug into a joint state return, same-sex couples had to fill out a fake federal Form 1040. That dummy federal joint return was used as the basis for their state taxes.

That meant four returns: one joint state filing, a fake federal joint return and two single federal 1040s for each partner. If the couple uses a tax professional, that extra tax work meant additional costs for the taxpayers.

“Most heterosexual married couples feel protected by tax laws,” says Miller. But DOMA forced same-sex couples to be proactive. And that meant more planning and more professional fees in addition to the added tax considerations.

Before DOMA was invalidated, for example, when an employee covered a same-sex spouse on workplace health insurance, it was a taxable event to the partner who provided the coverage. That’s an expense that heterosexual couples don’t face, since the spouse in a man-and-wife marriage is part of the federally tax-free family coverage.

Companies that “gross up” employee compensation build the tax cost of the added income into the payment so that when taxes are accounted for, the worker still nets the full amount of the intended bonus or benefit.

But if a workplace didn’t add the extra money to cover taxes, that was one more cost and added tax planning for same-sex husbands and wives whose marriages weren’t recognized by Uncle Sam.

Now, however, that’s one tax matter that newly federally recognized same-sex couples don’t have to worry about.

More On Same-sex Marriage And Taxes: