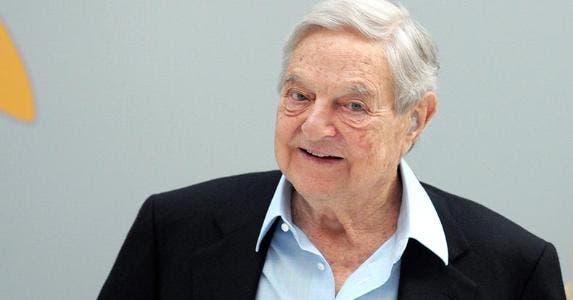 How George Soros’ net worth was built

George Soros, the world’s richest hedge fund manager and founder of Soros Fund Management LLC, is a self-made man. As a boy, he survived the Nazi occupation of Hungary. And as a teenager, he fled the communist regime by moving to London in 1947, where he worked as a railway porter and waiter and earned a degree at the London School of Economics. At age 26, Soros moved to the U.S. and became a trader for a Wall Street brokerage firm. His success on Wall Street influenced his decision to stay in the world of finance, and in 1973 he started the now famous Soros Fund Management. Still an investing heavyweight, Soros’ net worth has sailed over $24 billion, making him one of the richest people on the planet. In fact, he was ranked No. 23 on Forbes’ list of the world’s billionaires in 2016. Perhaps one of the biggest contributors to his wealth is the bet he made against the Bank of England. Indeed, he’s known as the man who broke the Bank of England in 1992 when he made $1 billion by betting the bank would be forced to devalue the pound.

FREE TOOL: You can use Bankrate’s net worth calculator to see how you compare to Soros’ net worth.

Soros has long been a philanthropist. He’s the founder and chairman of Open Society, a network of foundations, partners and projects. Soros’ organization is a proponent of human rights and supports the values of an open society and transparency in place of authoritarian forms of government. It operates in more than 100 countries.

Soros has also become somewhat political, providing funding for immigration reform efforts and programs for end-of-life care. In his spare time, Soros has written several books, articles and essays about politics, society and economics. “My success in the financial markets has given me a greater degree of independence than most other people,” Soros once wrote. “This allows me to take a stand on controversial issues: In fact, it obliges me to do so because others cannot.”

Soros has racked up quite the list of accomplishments. He received the International Rescue Committee’s Freedom Award in 2013 for promoting human rights, social justice and democracy. And in 2015, the Ukrainian president honored him with Ukraine’s Order of Liberty for helping to promote democratic change.