Polyana da Costa is a senior mortgage analyst/writer for Bankrate.com. She holds a bachelor’s degree in journalism from San Francisco State University with a minor in international relations.

Prior to joining Bankrate in March 2011, she was a real estate reporter at the Daily Business Review for about five years. While at the Review, she covered the crash of the housing market and an array of issues related to the foreclosure crisis.

Polyana also has worked as a business writer for the Pensacola News Journal, where she covered personal finance and small businesses. Before her move to Florida, she held an internship at KGO-TV, an ABC-owned television station in San Francisco. She also interned as a reporter for the Statesman Journal of Salem, Ore.

Polyana has been recognized with numerous journalism awards, including the National Association of Real Estate Editors’ James D. Carper Award in 2009, for best entry by a young Journalist.

She also won two other NAREE awards for her commercial real estate and finance/mortgage coverage; two Green Eyeshade Awards; and two Sunshine State Awards from the Society of Professional Journalists, including best real estate reporting in 2009.

Polyana speaks fluent Portuguese and Spanish. She spends much of her spare time working on endless home renovation projects in her Fort Lauderdale house, where she lives with her husband and Phoebe, her Cocker Spaniel. 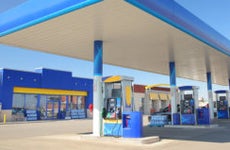 Lawn mowers, trucks and whiskey — and other things we bought with money we saved on gas