Survey: Majority of rewards credit cardholders are missing out on rewards 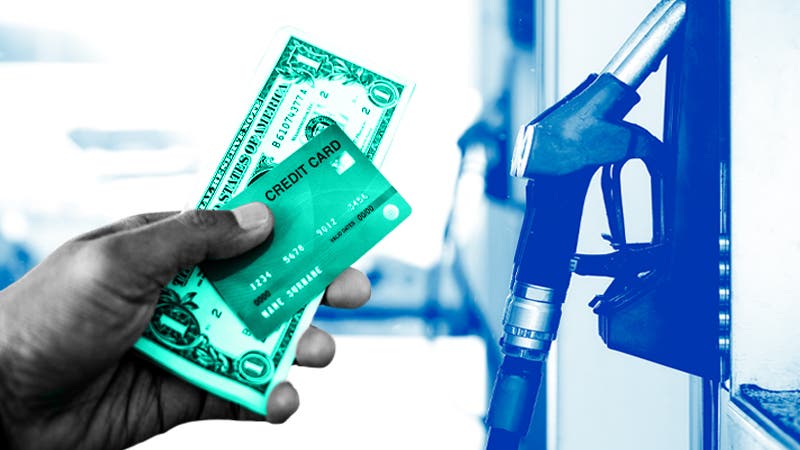 Using a rewards card for everyday purchases is one of the best ways to save on items you’re already planning to buy.

But many rewards cardholders are not reaping the full benefits of their credit cards, according to the latest survey from Bankrate Credit Cards. In fact, among rewards credit cardholders who do not carry balances, more than half (55 percent) are missing out on rewards in popular categories.

To help decide whether you should make purchases with your rewards credit cards, consider how you use your cards.

According to the survey, 40 percent of rewards cardholders carry a balance month-to-month, accumulating interest over time. If you carry revolving debt, focus on paying down your balances rather than charging even more. With average interest rates hovering above 17 percent, even the most premium, high-earning rewards cards don’t earn enough to offset the interest you’re earning.

In contrast, if you generally pay your rewards cards’ full balances each month without accruing interest, you could be missing out on hundreds of dollars in value each year. Find a rewards card that aligns with your high-spend categories, and you can earn upwards of 2 percent back on each dollar you spend.

The costs of not using your rewards credit card

“It’s disappointing how many people are missing out on earning rewards for purchases they would have made anyway,” says Ted Rossman, industry analyst at Bankrate. “As long as you’re avoiding credit card debt and refraining from overspending, you should be using a rewards credit card for everything as it can make a big difference. Credit cards also offer better consumer and fraud protections than debit cards and cash.”

Rewards cardholders who pay their balances in full are those forgoing the most rewards potential each year by using a debit card or cash for purchases instead of their credit cards.

Consider, for example, that you spend the national average (according to 2018 data from the Bureau of Labor Statistics) on groceries annually, totaling $4,464. For a $95 annual fee, the Blue Cash Preferred® Card from American Express will earn 6 percent cash back at U.S. supermarkets on up to $6,000 per year, then 1 percent. With your spending total of $4,464, you could earn $267.84 cash back on groceries alone annually. If you use the same card for your gas purchases as well, earning 3 percent cash back at U.S. gas stations on $2,109 in annual gas spending per the national average, that’s an additional $63.27. Subtracting the card’s annual fee, you could earn a total $236.11 in those two categories alone each year.

There are plenty of rewards cards with high-earning rewards focused in these everyday categories, as well as cards tailored for spending on everything from entertainment and subscription services to retail shopping and gym memberships. Find a card that earns big rewards in categories that work with your spending habits and the annual fee you’re willing to pay, then use it regularly to reap the rewards on those things you already buy.

Not only can you earn rewards by purchasing with your credit card, but you can save yourself a headache when dealing with instances of fraud and identity theft.

When your card information is compromised using a debit card, fraudsters are able to remove money directly from your checking account. If a credit card purchase is compromised, though, you have at least until your statement is due to catch the fraudulent activity and resolve the problem with your issuer before any actual money is transacted.

Often, credit card issuers also have more robust fraud protection services and are able to alert you at the first signs of attempted fraud.

Another thing to keep in mind if you’re using a debit card at the gas pump specifically: many gas stations have not yet converted to safer, more secure EMV chip readers. As a result, customers are often still prompted to swipe at the pump, which can leave them vulnerable to skimming. Using your credit card instead of a debit card at gas stations is an easy way to protect yourself from the long, tedious process of getting your money back once your debit information is compromised.

Additional benefits that are provided with your rewards credit card can make them even more lucrative to use when making travel-related purchases.

Benefits that are standard on many rewards cards, like rental car insurance, travel insurance, extended warranties and priority boarding can not only save you money in the case of unexpected cancellations or travel issues, but can make your experience much less stressful.

Cards with these benefits are also often the ones that earn some of the highest rewards percentages on travel, generally making them well worth the annual fees for frequent travelers.

Another area in which all rewards cardholders can improve upon is redeeming the rewards they accumulate.

Among all rewards cardholders, 72 percent have redeemed rewards in the past year. Free flights (10 percent) and free hotel stays (11 percent) are among some of the most lucrative redemptions in monetary value but were the least popular, according to the survey.

Still, many people are forfeiting rewards entirely: 28 percent of respondents say they have not done anything with their rewards in the past year.

Cash back and points rewards are unlikely to increase in value over time, so unless you’re saving your rewards for an upcoming trip, it’s better to redeem them throughout the year instead of stockpiling your account. Don’t forget to also read your cardholder’s agreement fine print to ensure that your rewards won’t expire.

Bankrate.com commissioned YouGov Plc to conduct the survey. All figures, unless otherwise stated, are from YouGov Plc. Total sample size was 2,716 adults, including 1,625 rewards cardholders. Fieldwork was undertaken December 11-13, 2019. The survey was carried out online and meets rigorous quality standards. It employed a non-probability-based sample using both quotas upfront during collection and then a weighting scheme on the back end designed and proven to provide nationally representative results.