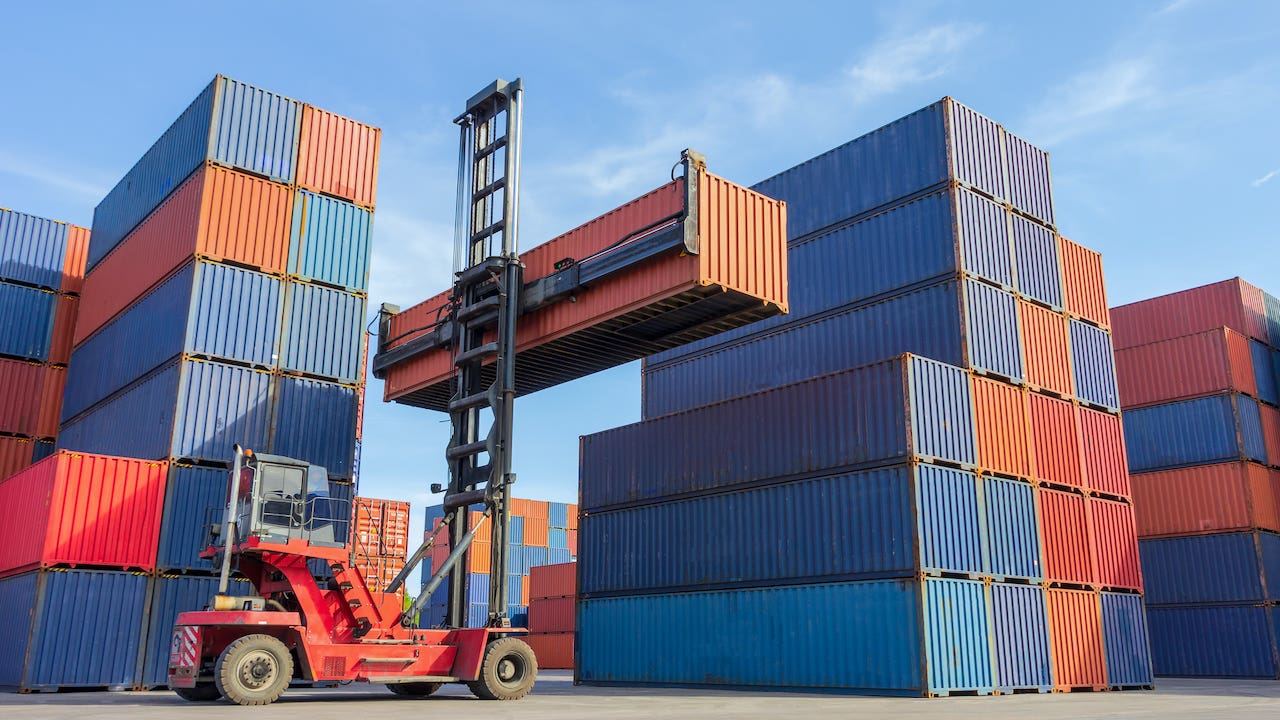 Florida homeowner Roger Bennett is about to move into his new home, and as he leads a tour of the construction site, he explains his decision to build not from traditional materials but from shipping containers.

By using metal boxes reclaimed from the global supply chain, Bennett says he’ll spend about $100,000 less than if he had built a similar home of concrete blocks.

Lumber prices began soaring during the pandemic, but Bennett didn’t have to deal with that price pressure. “There’s no wood,” he says of his steel-and-stucco home in Lake Worth Beach.

In an era of soaring construction costs, fast-rising home values and a shortage of homes for sale, shipping containers — long a symbol of consumer culture and global trade — have grabbed attention as an alternative building material.

Lumber and other building materials are in short supply, but old containers are plentiful. The standard metal box is 40 feet long by 8 feet wide, or 320 square feet. Used shipping containers are available on eBay for less than $3,000.

Cost advantage aside, container homes remain far from mainstream. But proponents of container construction are passionate about changing that perception. In Denver, startup real estate developer Stackhouse is marketing a 62-unit complex made of containers.

Stackhouse co-founder Janelle Briggs likens the price to that of an SUV, and she says interest is strong. While wealthier Americans can afford to carry two or three homes, many workers can’t afford even one property.

“We’re running out of room in cities,” Briggs says. “People are excited about this way of living, because all of the other options are being taken from them by investors and by the uber-wealthy. I don’t think the American dream of homeownership has gone away, but people are realizing the ability to afford it is being taken from them.”

If Stackhouse’s project in Denver proves a success, Briggs hopes to take the concept to other cities.

The shipping container trend is swimming with the current in some ways, and against the tide in others.

On the one hand, soaring home values have created an affordability squeeze. In pricey markets in California and elsewhere, homes are out of reach of most wage earners. That seems to bode well for demand for budget-friendly alternatives.

On the other hand, neither homebuyers nor homebuilders have shown much interest in small homes. Just 3 percent of all new houses sold in the U.S. last year were smaller than 1,400 square feet, according to the Census Bureau.

And with buyers demanding more space for home offices and home gyms during the pandemic, the median size of new homes crept up last year. The typical new home sold in 2020 was 2,333 square feet, up from 2,322 square feet in 2019, according to Census data.

Sheri Koones, author of Downsize: Living Large in a Small House, agrees with the premise that many Americans are looking for alternatives to McMansions.

“I do believe there’s a tremendous demand for small houses,” Koones says. “A lot of millennials are graduating from college with massive student loans, and they’re having children later.”

Koones defines small as less than 2,000 square feet. As for the 320-square-foot units being marketed by Stackhouse, Koones is skeptical: “I haven’t seen a tremendous demand for anything that small.”

Approval process can pose a challenge

Aside from Americans’ love of floor space, there’s also the reality that shipping containers are new to many municipalities, and getting approval can be tricky. Big builders aren’t putting up container homes, leaving the projects to intrepid homeowners and pioneering contractors.

Some construction companies have developed a specialty in container construction, and these contractors can help property owners navigate local codes and design and build the homes.

In Florida, Bennett hired a general contractor for his project, and he acknowledges that he had to jump through some hoops to get approval for his house. South Florida’s hurricane risk means the region has some of the nation’s toughest building codes, so his contractor had to prove that the container structure would be as durable as any other new home.

As for size concerns, Bennett sees his home as something of a compromise. The main living area is just 640 square feet, or the size of two shipping containers. That includes room for two small bathrooms and a kitchen.

To make the space more practical, he added a 550-square-foot garage that’ll hold the washer and dryer and water heater, along with sports equipment and a car or two. Bennett eventually aims to add a pool to the small back yard.