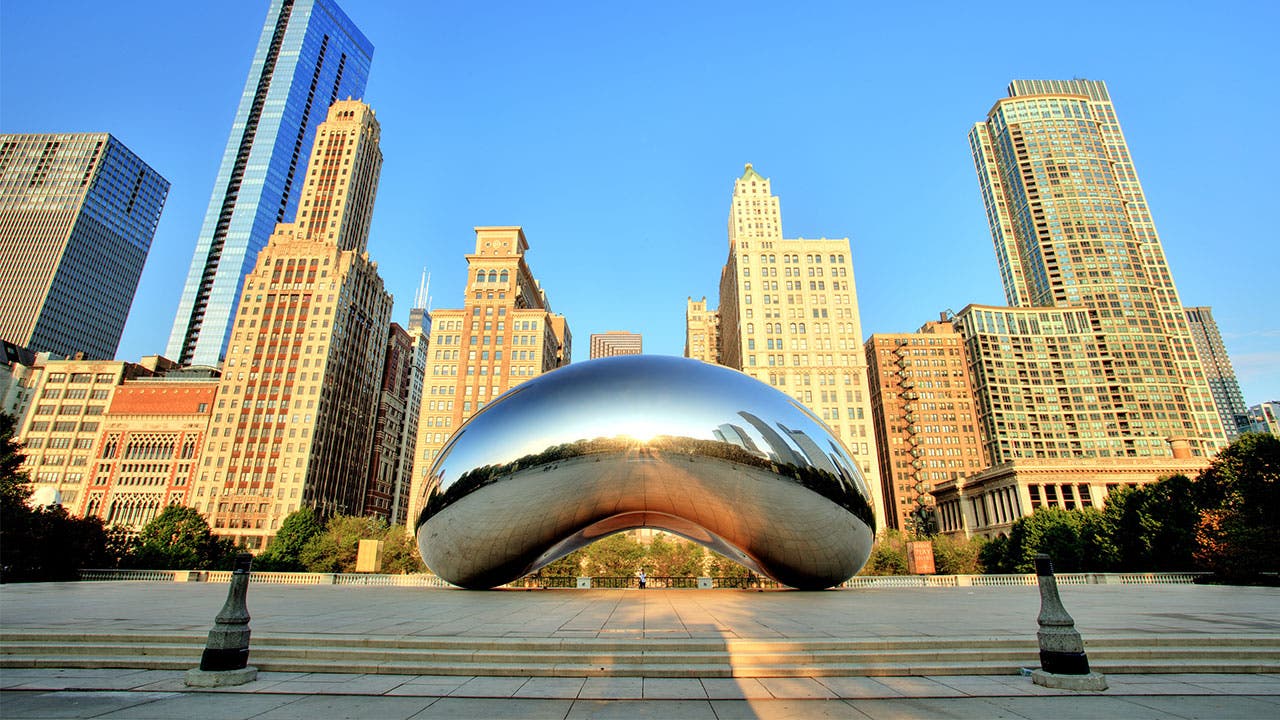 Job losses, medical issues and mounting bills have made a bumpy financial road for Sara and Carson Burchill. The young California couple has lived with Sara’s parents for the past decade to try and get ahead financially.

In the past year alone, they’ve made headway and paid off $18,000 in debt and boosted their savings. But with a new baby on the way and a 6-year-old son, they need more space for their growing family. Faced with uncertain job prospects and minimum rents at $2,000 per month in Anaheim, the family has chosen to leave their home state.

It’s a scene being played out across the country. Americans are leaving states with high costs of living, crushing tax rates and lagging job markets for more affordable places with better career opportunities, according to an analysis of data from Realtor.com.

To find the top states people are leaving — and where they’re headed — we asked Realtor.com to crunch some data. First, the real estate listings website looked at Census data to identify which states lost the most population. Realtor.com then used its own search data of nationwide homes for sale listings to pinpoint the top states where people from the outward migration states were looking at homes on the market.

The choice to leave isn’t always easy, but for families like the Burchills, it’s driven by necessity.

“It’s like trying to find a unicorn,” says Sara Burchill of finding an affordable place to live in California. “If we stay here, we won’t have a lot of money left over for childcare, health care and the essentials. My husband has been offered a job [in Arizona] making the same salary he was here, but now we’ll get a $1,000 per month raise because rents are much less expensive. We’ll have less financial stress and spend more time together as a family.”

Soaring home prices and rents are forcing many families to pay more of their incomes toward housing. In fact, nearly half of all renters are paying more than 30 percent of their income on housing, according to the latest State of the Nation’s Housing 2018 report released by the Joint Center for Housing Studies of Harvard University. National median rent rose 20 percent faster than overall inflation between 1990 and 2016. Meanwhile, the median home price rose 41 percent faster, the report found.

Below is a list of the top states losing residents — and the top five destinations where people from each of these 10 states are moving to.

Realtor.com’s visitor search data for outbound moves matched closely with U.S. Census data for states that have gained population. Florida is a top destination and the only state that gained residents from all 10 states on our list, followed closely by Texas and North Carolina.

Numerous factors play a role in migration. Some states on Realtor.com’s list of places people are leaving, such as Louisiana and Kansas, aren’t seeing an exodus because homes are unaffordable but rather because there is lagging job and/or income growth, Vivas points out.

“Different trends are driving people out from different areas,” Vivas says. “As a homebuyer and as someone who wants to grow in one place, you need jobs and a solid income source. If you can make more money somewhere else, you’ll want to move.”

Fewer affordable homes on the market, rising home prices and climbing mortgage rates have plagued homebuyers in recent years. And with recent tax law changes, folks in high-cost areas have another reason to think twice about where they live.

The new tax law increases the standard deduction to $12,000 for 2018 from $6,350 in 2017 (or $24,000 from $12,700 for married couples). With that increase, homeowners are more likely to take the standard deduction on their federal returns rather than itemize mortgage interest and property tax bills that fall below these amounts.

The new law caps deductible property and other state and local income taxes to $10,000. Additionally, it limits mortgage interest deduction on amounts up to $750,000, down from $1 million. Folks in places with higher home prices and property taxes, such as the Northeast and California, will be hit the hardest by this new wrinkle.

“If there isn’t an actual commitment to being in New York City, most people will choose the more leisurely, cost-effective options,” says Alex Lavrenov, a real estate agent with Warburg Realty in Manhattan. “[With the new tax laws in place] and the cost of their lifestyle increasing, it’s much easier to pick up and move. In Florida, you have a great climate, beaches and entertainment, and you get so much more for your money.”

With a seller’s market persisting throughout much of the country, entry-level buyers will be more likely to seek out states with affordable homes and abundant jobs, Vivas says. “People are tied to the issue of increasing prices. If you look at the broader spectrum [of what causes people to move], affordability comes in first, with jobs a close second.”

Study methodology
Realtor.com identified the top states losing population and compared origin versus destination housing and economic statistics. Specifically, researchers looked at the top 10 states with the highest negative domestic migration (per the latest U.S. Census estimates) and identified the top five destination states (based on the latest realtor.com online search data). Realtor.com found that many of the states receiving new residents from the 10 states had better housing affordability, positive income growth and/or positive job growth in common to explain inbound moves to those specific places.