Identity theft is the leading consumer complaint across the country. The latest data from the Federal Trade Commission’s (FTC) Consumer Sentinel Network shows that identity theft was the chief complaint in 49 of the 50 states, plus Washington, D.C. and Puerto Rico. It accounted for nearly one-third of the 4.7 million consumer grievance reports filed with the FTC.

And those numbers don’t likely reflect how prevalent identity theft really is, says Eva Velasquez, president and CEO of the nationwide nonprofit Identity Theft Resource Center (ITRC). “A lot of people don’t report identity theft to the federal government,” she says. “We think those numbers are low.”

Where identity theft occurs most often

Identity theft strikes indiscriminately. “This notion that only certain subsets of the population are acutely vulnerable is out the window in the world we live in,” Velasquez says. “Demographics can play a factor, but it’s really across the board when it comes to demographics.”

In the wake of the coronavirus pandemic, state and federal governments became the leading sector for identity theft and fraud. Unemployment benefits, small business loans and grants, the Paycheck Protection Program and other initiatives to bolster the U.S. economy have been prime targets for criminals.

Here is the top-to-bottom breakdown of where identity theft occurs most often, according to the FTC data.

The forgery and issuing of fake driver’s licenses, passports and other forms of government ID also has surged.

The Consumer Sentinel Network highlights other details about where identity theft occurs most often and to whom:

Cyberattacks are the leading strategy of identity thieves, according to the Identity Theft Resource Center. Examples of cyberattacks are:

Some common impostor scams include:

Some identity thieves use old-fashioned street tactics, like pickpocketing in crowded areas, taking a forgotten credit card off a checkout counter or taking a smartphone someone left behind.

There are still “dumpster divers,” too, who will fish through people’s trash looking for discarded personal information that they can use to their advantage.

Mail stolen from a mailbox can be a rich source of personal information. Identity thieves take advantage of prescreened credit card offers, uncashed checks and new debit or credit cards that haven’t been activated.

Just your name and address are valuable to an identity thief, as they can be used to redirect your mail or get access to other information. Names and addresses are among the most breached data points, according to the ITRC.

Identity thieves are creative and industrious. As technology advances, so do their tactics. They follow societal trends, like the massive surge in online shopping, and use them to their advantage.

Don’t think you’re too smart or savvy to become the victim of identity theft. Basically, everyone is vulnerable to identity theft. “If you live in the U.S. and you have ID credentials, I can guarantee you will have identity theft problems,” Velasquez says.

“One of the biggest problems we have is the lack of acknowledgment that we are vulnerable. When we don’t admit that, we create additional vulnerability.”

SHARE:
Written by Libby Wells Contributing writer
Read more from Libby
Libby Wells covers banking and deposit products. She has more than 30 years’ experience as a writer and editor for newspapers, magazines and online publications.
Edited by
Lance Davis
Edited by Lance Davis Vice president
Lance Davis is the Vice President of Content for Bankrate. Lance leads a team responsible for creating educational content that guides people through the pivotal steps in their financial journey.
Lance Davis
Vice president 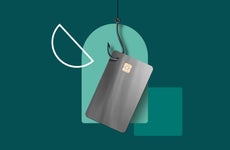 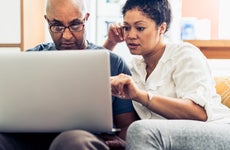 What is identity theft? Definition, how it happens and the different types 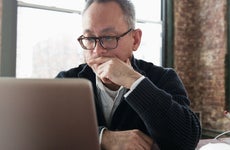 How to report identity theft 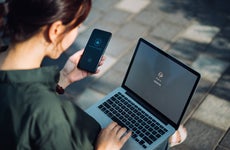 What is identity theft protection?