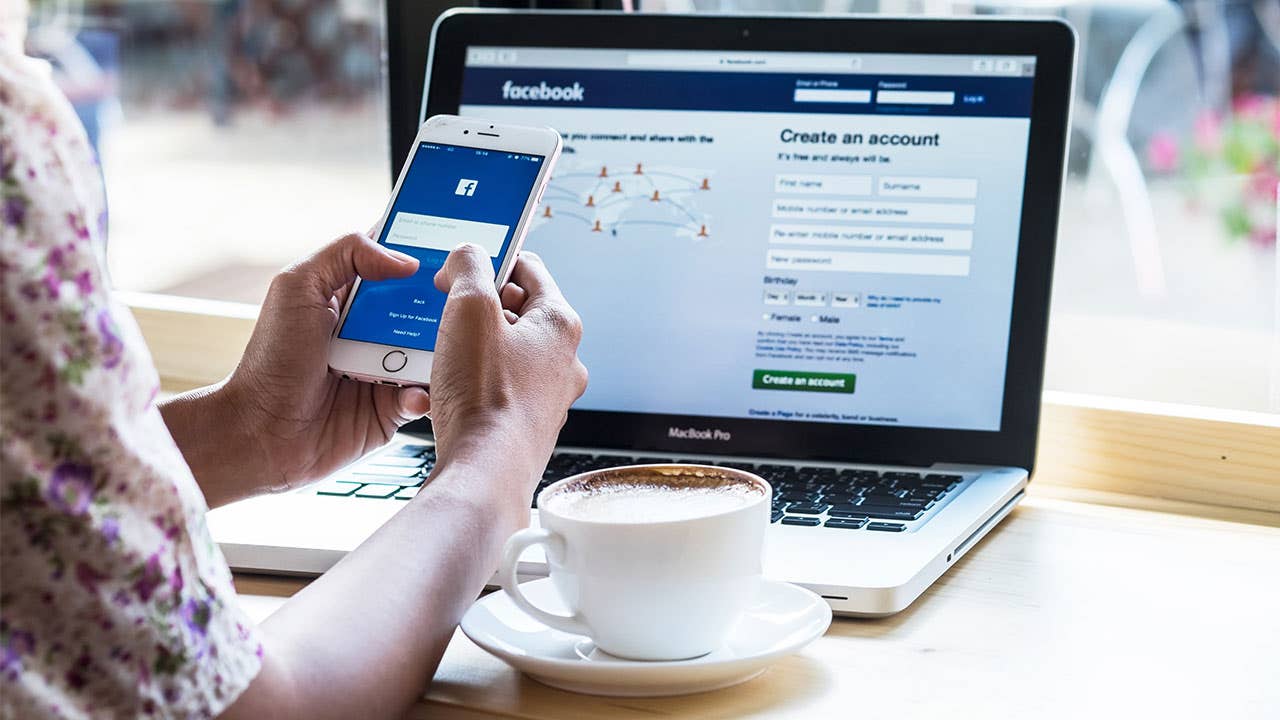 How many times have you purchased something from a link on your favorite brand’s Instagram page or found yourself searching for flights after a friend posted their vacation album on Facebook?

Social media bombards us constantly with products and experiences, and platforms have refined their ability to predict what we really want to see, both from paid advertisements and organic content.

In a 2015 global study by Digitas, 52 percent of consumers said that Facebook influenced their purchases, both in-store and online. That was followed by Pinterest, which influenced 46 percent of respondents, Instagram at 43 percent and Twitter with 36 percent.

When brands, influencers and our own networks promote an idealized, if polished and filtered, lifestyle online, the urge to keep up can be strong.

Millennials are affected the most

According to a study by Allianz Life Insurance Company, 57 percent of millennials spent money they hadn’t planned to because of content on their social media feeds. “This is compared to 28 percent of Gen Xers and just 7 percent of baby boomers,” says Paul Kelash, vice president of Consumer Insights at Allianz.

Millennials also tend to compare themselves to others on social media more than other generations–which results in social pressure to spend more, according to  TD Ameritrade’s Millennials and Money Research. Twenty-four percent of millennials feel pressure to keep up with their friends’ spending habits.

Pressure can rise during the holidays

It may be the most wonderful time of the year, but the holiday season can send these spending pressures into overdrive.

Fifty percent of both millennials and Gen Xers have admitted to feeling pressure to spend more on gifts than they were comfortable with, according to Bankate’s holiday spending survey.

Experts at Deloitte predict holiday purchases on mobile will rise this year. Twenty-three percent of Americans plan to use social media to shop and 51 percent of shoppers are already planning to buy themselves something while gift shopping.

So how can you actually stick to your budget and meet your savings goals while combating news feeds and timelines and targeted holiday ads? Here are some practices that may help:

Develop a plan–and then stick to it

TD Ameritrade’s research reveals that the majority (80 percent) of millennials, those most affected by social media influence, budget regularly and are generally more likely to save than spend, when presented with the choice.

Good intentions can be hard to keep, though, when social media enables impulsivity and unruly spending.

Push back by setting specific savings goals, both short- and long-term, that will help you resist the draw. Keep track of your progress and set checkpoints so your goals seem more attainable.

If your spending habits are getting in the way of paying off student loan or credit card debt, use the same tactic. Set milestones for yourself that keep you on track. When you’re scrolling and get the impulse to spend, put that money towards one of your goals instead.

If you’re really itching to make that in-app purchase on Instagram, bookmark the link and return to it later as a reward for hitting one of your goals.

A study by researchers from Columbia University and the University of Pittsburgh found that extended time on social media can reduce self-control both online and off. For those with “strong” online networks, spending more time on Facebook also correlated with higher credit card debt.

Of course, this doesn’t mean that connecting with people on social media will leave you in debt or that you should delete your accounts. Simply be mindful of the time you spend scrolling, liking and sharing. Download an app that tracks your usage to limit yourself–then follow through.

Many are already working to combat the social media influence they find themselves under. “The good news is that time online isn’t all spent on social media,” Kelash says. “A majority of millennials (70 percent) report using online apps or tools to help them manage their money. This is a great first step in helping build and stick to a budget in a way that works for them.”

The awful truth about budgeting

According to Allianz, 55 percent of millennials have experienced fear of missing out. “Seeing social media posts about friends doing activities together or family members taking exotic vacations can certainly lead to FOMO,” Kelash says.

This FOMO, in turn, only makes it easier to justify spending more than you budgeted for on clothes, eating out, and vacations.

Make it harder on yourself to give in to the draw of your social feeds. Once your monthly expenses are taken care of, withdraw your spending money in cash so you can more easily visualize your budget. Use an app like Mint to keep track of your spending and monitor it regularly.

You don’t have to block your friends, unfollow your favorite influencers or try to shield your eyes from targeted ads. Just get smart about your social media purchases so you’re happier with the things you really want instead of unsatisfied with impulse buys.

You can start with Bankrate’s home budget calculator.

Dare not to compare

Allianz’s study found that 61 percent of millennials feel inadequate in their own lives because of social media and 88 percent believe social media makes them more susceptible to comparing their lifestyle with others.

“The trick to avoid spending needlessly is first to avoid comparing your lifestyle to what you see,” Kelash says. “But perhaps more important is to take the time to reflect on who you are and what you truly want and need.”

Especially as the holiday season approaches and pressure to spend mounts from both advertising and friends and family, keep your own goals in focus and remember what is important to you, instead of what looks appealing on screen.

Your wallet and your future self will thank you.