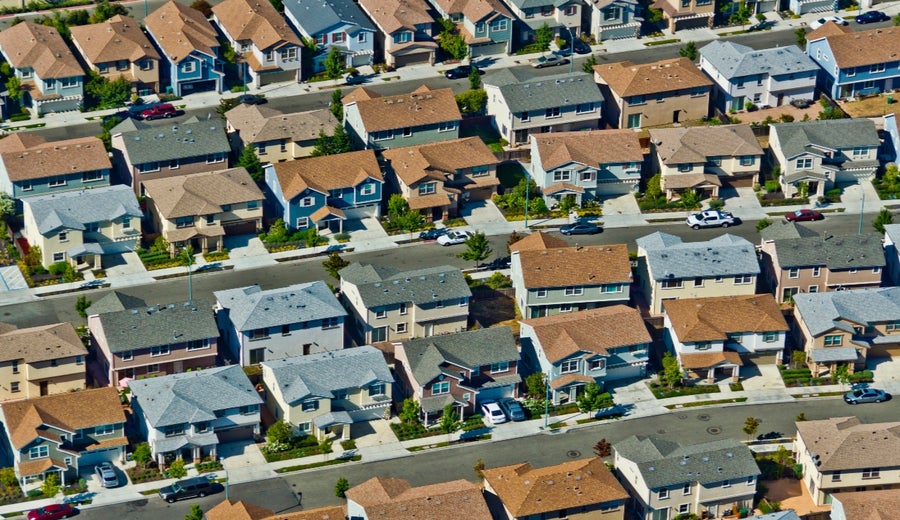 As the mortgage refinancing boom rages, millions of homeowners have yet to swap out their old mortgages for new loans at record-low rates. A significant number of Americans are hanging onto 30-year mortgages with rates of 5 percent or higher.

Why are so many homeowners still locked into above-market rates? “The same reason people don’t go to the dentist regularly even though they should – it’s not fun,” says Greg McBride, CFA, Bankrate chief financial analyst.

The average rate in Bankrate’s weekly survey for the 30-year fixed mortgage is 3.11 percent. So a substantial number of homeowners could save on their monthly payments but haven’t. The sheer complexity of the mortgage market could explain some of the reluctance.

Qualifying for and closing a mortgage is a complicated transaction with many moving parts. Even savvy consumers can struggle to make sense of mortgage offers that include a jumble of jargon and a wall of numbers.

Applying to refinance can be a tedious process. Borrowers need to compile tax returns, bank statements, paychecks and other documents. Scanning and uploading those documents poses something of a technical hurdle for some. And lenders are looking at the paperwork even more carefully as the pandemic has thrown millions out of work.

However, while documentation requirements became more strenuous after the Great Recession, they haven’t changed much in recent years, says Gordon Miller of Miller Lending Group in Cary, North Carolina. “The impression is that it’s harder and more paperwork is required, but if your income isn’t impacted, it’s the same as it was a year ago,” Miller says.

That’s a significant if, of course. Unemployment spiked into the double digits this spring and remained above 8 percent in August. Many homeowners who’ve had interruptions in their income don’t qualify for refinancing.

For borrowers who qualify and who are willing to spend the time to apply for a refinance, closing costs are another obstacle. These costs can range from 2 percent to 5 percent of the amount of the loan — a sum that can overwhelm the monthly savings.

“Refinancing isn’t free, and sometimes it’s tough for people to look past the out-of-pocket costs incurred now for savings that will take years to accumulate,” McBride says.

But if you’re planning to sell next year, or to refi again in two years, you’re actually increasing your costs, not saving money.

If, on the other hand, you have a loan at 5 percent, your calculations become simpler. A $250,000 loan at that rate carries a payment of $1,342. Refinancing to a 3 percent loan would cut your monthly payment by $288 — making the $5,000 in closing costs easier to swallow. Your breakeven point in that case would be less than a year and a half.

Lenders have been flooded with refinance applications, so they might not be eager to negotiate on closing costs, Miller says. For a borrower who locked in a good rate in recent years, the prospect of paying $10,000 in closing costs is a deal-breaker. “Closing costs are blocking too many borrowers who are already near 4 percent,” Miller says.

Waiting for lower rates might not be the right move

Meanwhile, some homeowners haven’t refinanced because they’re holding out for rates to fall even further, says Gino Moro of Southland Mortgage in Hollywood, Florida. He advises them against trying to time rates.

“Now is the time to pounce,” Moro says. “There’s a lot of room for rates to go up, and not much room for them to go down.”

The economy is another wild card. Many homeowners have had interruptions to their incomes, which makes it harder for them to qualify for new mortgages.

The eye-popping numbers are made possible by a historic decline in mortgage rates. Black Knight’s figures are based on Freddie Mac’s average 30-year rate, which last week fell to a record low of 2.86 percent. (Freddie Mac’s number is lower because Bankrate’s figure includes points and origination fees averaging 0.33 percent, while Freddie’s number excludes those costs. Freddie Mac said its average is accompanied by an average of 0.8 of a point.)

Rates are at record lows, but mortgages aren’t easy to get. Worried about the effects of the recession and the risks of elevated unemployment, banks have boosted requirements for credit scores and home equity, and they’re scrutinizing borrowers’ employment situations. Overall, lenders have tightened the availability of credit, the Mortgage Bankers Association said last week. The supply of mortgages fell to its lowest level since March 2014.