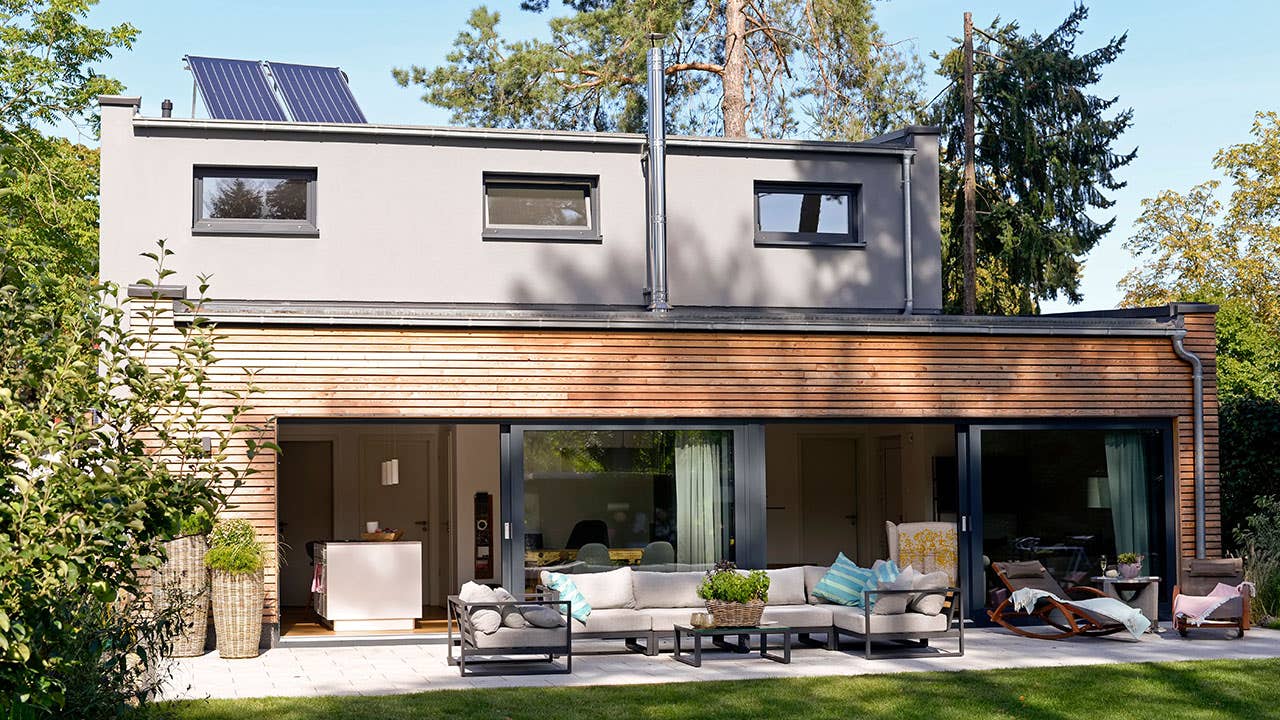 Mortgage rates continue to fall, trending lower over the last three months. With rates remaining near record lows, you may be considering refinancing your current mortgage to save on monthly payments or even pull out cash for a renovation project.

Whether you’ve owned your home for a short time or you’ve had your mortgage for longer, a mortgage refinance should be carefully considered. After all, you’ll pay fees and have to go through the mortgage approval process again. You need clear goals to improve your overall financial picture when you refinance.

As you review the situation, here are the best (and worst) reasons homeowners decided to refinance.

Best reasons to refinance your mortgage

Known as a “rate-and-term” refinance, this is the most popular reason homeowners refinance a home loan. Homeowners with a higher interest rate on their current loan may benefit from a refinance if the math pans out — especially if they’re shortening their loan term.

Right now, the economy is in a low-rate environment And, while the connection between the Federal Reserve’s target rate and mortgage rates is complicated, the fact that low rates make money less expensive to borrow could provide you with a way to come out ahead.

Shorter-term mortgages typically have lower interest rates than longer-term mortgages because you’re paying back the loan in less time, but your monthly payment will likely go up. A rate-and-term refinance can result in big savings for a homeowner if there’s room in their budget for it, says Kurt Johnson, senior vice president with Mr. Cooper, a Dallas-based mortgage lender.

“If you can afford to shorten the term of the loan and you are substantially lowering your rate, it could be a win-win as you’re paying off your mortgage faster and saving a ton of money on interest,” Johnson says.

If you have a hefty amount of high-interest debt on credit cards or personal loans, a cash-out refinance can help improve your cash flow and save you money in the long term, possibly even if you take a slightly higher mortgage rate.

The drawback to this move is that you’ll be unable to deduct the mortgage interest you pay on the cash-out amount that exceeds the current loan balance if the funds aren’t used to “buy, build or substantially improve” your home, according to the IRS.

Another consideration is that you’re securing unsecured credit card debt with your home. Be careful as you move forward, and make sure you can afford your new terms to reduce the risk of losing your home.

“There’s this myth that in order for a refi to make sense that you have to lower the rate by 1 percent or more, but I disagree,” says Elizabeth Rose, a certified mortgage planning specialist with AmCap Home Loans in Flower Mound, Texas. “Even with losing some mortgage interest deductibility, in the long run, it’s improving your cash-flow situation, saving you money and getting you out from underneath your debt quicker.”

If you have a home loan with private mortgage insurance (PMI), a refinance could help lower your monthly costs, says Dan Snyder, co-founder of mortgage lender Homeside Financial based in Columbia, Maryland. Snyder is also CEO of Lower, a Columbus, Ohio-based direct online lender.

This is especially true if you have a loan insured by the Federal Housing Administration, or FHA. While FHA loans can be a viable path to homeownership for borrowers with little savings or not-so-stellar credit, they come with a big downside: mandatory mortgage insurance. After paying an upfront premium of 1.75 percent of the loan amount, most FHA borrowers continue to pay an annual mortgage insurance premium of 0.85 percent of the loan amount for the remainder of the 30-year term that cannot be canceled. That adds up over time.

To eliminate PMI, homeowners can refinance an FHA loan into a conventional mortgage once they gain 20 percent equity in their home.

Worst reasons to refinance a mortgage

Save money for a new home

Refinancing isn’t free; you’ll pay roughly 2 percent or more in closing costs, and it can take a few years to break even. Moving up to another home before you’ve recouped those costs means you’ll probably lose money even if you manage to lower your monthly payments in the interim.

“If a homeowner is planning to move within the next five years, they may not get as much benefit from a refinance,” Snyder says. “Often, the costs (of a refinance) could outweigh the benefits.”

A refinance break-even calculator can help you decide how long you should stay in your home after a refinance to recoup the costs.

Splurge on luxury purchases with a cash-out refinance

Tapping your home equity like an ATM to misuse it without a clear financial goal in mind is dangerous, Rose cautions. Using a cash-out refinance to pay for a new car or RV, invest in iffy ventures or to splurge on other luxuries can lead to even more financial turmoil, she says.

While it may be tempting to get the money at a low rate, remember that you’re securing these purchases with your home. If you run into trouble later, you’ll have less equity to tap and depreciating assets that can drag you down.

“There has to be some sort of net tangible benefit to the homeowner to refinance,” Rose says. “I don’t recommend cash-out refinancing for anything that won’t add security to or improve your financial picture.”

Move into a longer-term loan

Snagging a lower rate and lowering your payments may seem like a great move, but refinancing when you’re already halfway or more through a 30-year mortgage is rarely a good idea, says Steven Jon Kaplan, CEO of True Contrarian Investments in New York City.

“Before you refinance, the most important consideration is how much interest is being paid throughout the remainder of the loan, and how long the loan will continue,” Kaplan says. “Because all mortgage loans are amortized the same way, almost all of the monthly payments in the early years consist of interest, while almost all of the payments in the final years of a mortgage consist of paying down the principal.

“When you’re in the final half of a mortgage, such as the final 15 years of a 30-year mortgage, it’s a very bad idea to refinance because you are finally at a point where you are paying back more principal than interest. When you refinance, the amortization begins from scratch so you will waste the first decade or so paying off almost all interest.”

Refinancing into a shorter-term loan solely to pay off your loan faster can short-change you on other financial goals. More of your money will be tied up in your house that could be put toward increasing your retirement account contributions, college fund savings, paying down debt or making investments with higher returns.

After you’ve checked off those boxes and if the spread between your current interest rate and a shorter-term refinance rate isn’t that large, consider knocking down your mortgage debt another way, recommends Johnson, the Mr. Cooper lending executive.

“You can always pay more principal on your existing mortgage to pay it off in 15 years while giving yourself the option of making smaller payments if you are faced with financial hardship (in the meantime),” Johnson says.

You recently bought your home

Even if rates dip slightly within the first year of your home purchase, refinancing into another mortgage too soon isn’t advisable, Johnson says.

For example, the 30-year mortgage rate might be at a record low, but it’s still not a full percentage point lower than it was at the same time last year. By the time you include refinancing costs, you might not come out ahead.

“This is lender churning, which is usually beneficial for the lender but, when refinance costs are considered, rarely benefits the customer,” Johnson says.

Read more From Miranda
Miranda Marquit is a contributing writer for Bankrate. Miranda writes about topics related to investing, saving and homebuying.