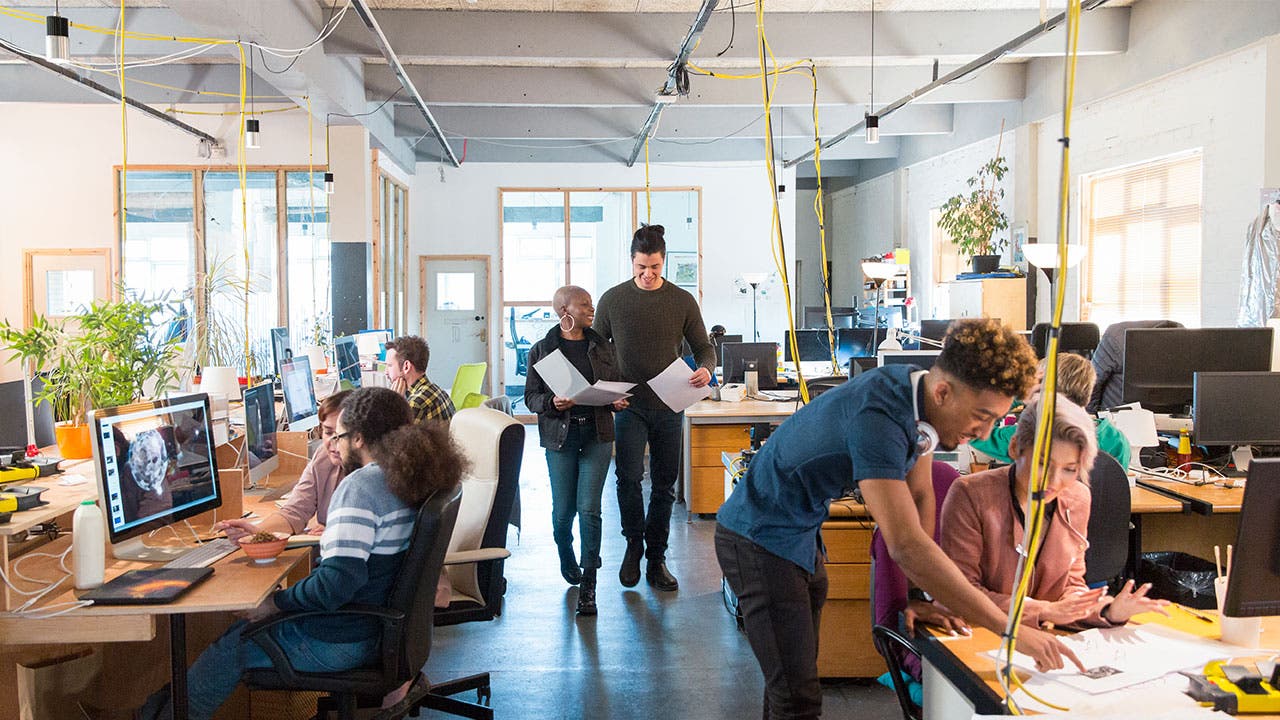 Legislative efforts to ease the burden of $1.5 trillion in student loans took a tentative step forward on Capitol Hill.

On Thursday, 101 members of Congress reintroduced the Employer Participation in Repayment Act. The bill seeks to take some of the burden off employees who are struggling to manage their student loan debt.

Details about the bill

Under the bill, employers would be allowed to assist employees with student loan payments, tax free, for up to $5,250 a year. The bill, first introduced in 2017, is an expansion of employer-paid tuition assistance.

Mark Kantrowitz, student loan expert and VP of research at Savingforcollege.com, is optimistic about the bill. He says the proposal follows in the footsteps of tax-free 401(k) contributions, which he says started in the same fashion nearly four decades ago and today are a widely accepted and implemented tool.

“It is a great example of a public-private partnership, providing a win-win-win outcome for students, employers and the government,” Kantrowitz says in statement to Bankrate. “Given that most employer-paid LRAPs [loan repayment assistance programs] today provide employees with $100 to $200 in monthly loan payment assistance, the $5,250 annual limit is sufficient.”

The student loan debt crisis in the country has been an ongoing pain point for consumers. The median student loan payment in 2018 was $203, according to Capstone Wealth Partners. As many Americans battle increasing living expenses and health care costs, as well as stagnant wages, the added monthly student loan payments are significantly altering their financial journeys.

The rising burden of debt

Data from the Federal Reserve finds student loan debt is hindering the American dream of owning a home. According to the data, homeownership rates for people ages 24 to 32 declined by 9 percentage points between 2005 and 2014; the Fed estimates 20 percent of the decline to be a direct result of student loan debt.

Student loan debt is also keeping millennials from appropriately saving for retirement. The National Institute on Retirement Security finds only one-third of millennials currently have money saved for retirement, with a median balance of about $19,100 saved. The figure is significantly lower than the amount recommended by experts. Some millennials say their student loan payments are getting in the way of hitting industry-recommended retirement savings goals, citing affordability as a giant barrier.

“Many employers have successfully helped their employees pay down their debt, and encouraging similar programs across the country can move us closer to solving the student debt crisis,” says Representative Scott Peters in an announcement about the bill. “Our economy benefits, too, when young Americans begin making investments like buying a home, starting a family, or saving for retirement.”

Other recent proposals to help consumers with student loan debt

The reintroduction of the bill dovetails other proposed plans to pay off student loan debt.

This week, Sen. Lamar Alexander of Tennessee proposed taking student loan payments directly out of paychecks. The payments would be capped at 10 percent of income.

“We need to wake up and realize that 45 million Americans are more than their student loans,” Frotman said in the tweet.

Insurance company Unum Group this week revealed a new employee perk: the company will put money toward employees’ student loans if the worker gives up five paid vacation days, as reported by Bloomberg. The company offers at least 28 days of paid off time total. The perk comes as a complement to the fact that most Americans don’t use all of their paid time off.

People in power are thinking toward the financial futures of those saddled with student loan debt, too. In December, legislation was introduced to allow employees to make contributions to their student loans while still contributing to their retirement accounts. The bill is expected to encourage broader conversations in Congress this year on how to improve retirement policies.

Ways to manage your student loans

While efforts from the government to find a student loan debt solution continue, consumers can still make moves to better manage their education debt.

Student loan refinancing could be a great place to start. In a recent survey by Student Loan Planner, 24 percent of respondents who refinanced their student loans cut interest rates by as much as 3 percent, which amounts to saving thousands of dollars over the lifetime of the loans.

There are also strategic ways to pay off student loans faster. By making more than the minimum payments on student loans, you can get ahead of interest accruing and pay off your loans faster. Some lenders apply extra payments differently, so be sure to contact your servicer directly to determine the best method for you.