4 min read Published June 28, 2022
Written by
Joshua Cox-Steib
Written by Joshua Cox-Steib Insurance Contributor
Joshua Cox-Steib has two years of experience in writing for insurance domains such as Bankrate, Coverage.com, The Simple Dollar, Reviews.com, and more. His work has also been featured on such sites as MSN and BBB (Better Business Bureau). His insurance writing career has spanned across multiple product lines, with a primary focus on auto insurance, life insurance, and home insurance.
Joshua Cox-Steib
Edited by
Troy Segal
Edited by Troy Segal Senior homeownership editor
Troy Segal is Bankrate's Senior Homeownership Editor, focusing on everything from upkeep and maintenance to building equity and enhancing value.
Troy Segal

The good ol’ stove hasn’t changed much in the last century…or has it? Time moves on, and with it, so too do our appliances — especially kitchen appliances, the second most common feature that homeowners splurge on during kitchen remodels, according to the 2022 Houzz U.S. Kitchen Trends Study. And cooktops are the top choice for an upgrade among 40 percent of them, the survey notes.

Let’s look at some trends in stove design and function. In some cases, cooktops are gaining new powers and getting more efficient; other advances relate to aesthetics. From induction stovetops to smart stoves to steam ovens, here are the ranges in ranges that are all the rage.

Induction cooking, which harnesses magnetic power to transform food, isn’t a brand-new technology. But in the last few years, it’s been heating up the home-stove market.

Induction stovetops generate a current from electromagnetic fields below their glass surfaces. This energy interacts with the ferromagnetic metals in cookware. That in turn causes pans, pots or skillets to heat up — which they do really fast; sometimes water can even boil 50 percent faster than on gas or regular electric stoves.

With conventional stoves, you’re essentially putting a pot or pan onto a heated-up surface. But induction stoves shoot energy directly into the cookware, so they don’t get hot themselves: Their surfaces remain cool. They don’t pollute the air, either.

The downside? Because they use magnetism, induction stoves only work with cookware made of ferromagnetic metal, like cast-iron or stainless steel. Copper or aluminum models can’t play.

Along with investing in compatible cookware, you might also have to shell out more: induction stoves run $1,000 to $3,500 — at least, the full-size units. However, single and double top induction plates are increasingly common for lower prices.

Serious cooks and gourmands have long preferred gas to electricity, at least in stove-top cooking. They like being able to see and manipulate the open flame, giving them (they feel) more precise control over boiling, frying and sautéing. They also like gas’ fast response time: Shut off the burner, and the heat’s off immediately; the food stops cooking. It’s no accident that restaurants primarily use gas stovetops.

These concerns are less when it comes to baking and roasting. Conversely, some actually prefer electricity for those functions: Electric ovens are known for even and relatively efficient distribution of heat. The dry heat browns and broils better, too.

Enter the dual-fuel range: a gas stovetop and electric oven, all in one. The combination has become increasingly popular and available. However, prices can still be high for these dual-fuel blends: generally starting at $2,000, with many in the $3,000 to $4,000 range. And they can be complicated to install — you’ll need both types of power lines; if a gas hookup isn’t available, you’ll have to go with propane.

More and more, household appliances are dropping the knobs, dials and buttons in favor of less obtrusive touch controls. Stoves have become one of the recent devices to get the touch-control treatment. With a touch control stove, you simply tap a particular part of the surface screen (or tap in a command) instead of turning specific dials or pushing a button. This design can centralize the controls, add more potential functions, and make the set-up process feel smoother and more modern. Easier to clean, too — no reaching under and around nobs.

While touch control adds a certain elegance and ease to the stove, there are some caveats to consider. Touch controls are electronic, and if something upsets their delicate sensors — like hot food or liquid spilling over onto the stove — you could lose function. They tend to be more common on electric stoves too; though they do exist on gas models, some may feel that mitigates the hands-on advantage.

Like refrigerators and ovens, modern stoves are being built with a whole array of smart technology that allows them to connect to the cloud or another device, allowing you the ultimate in remote access. Most smart stoves, at their core, are effectively extending the range of their control panel onto your phone or other mobile devices, or virtual assistants like Alexa. These ranges let you use an app to control their standard features while also adding impressive new ones. For instance, some smart stoves include onboard recipes or diagnostic equipment that can send alerts to your phone if a malfunction occurs.

In general, though, smart stoves — as state-of-the-art devices — often run as much as $1,000 more than their conventional counterparts. The extra bells and whistles may not be worth it. And again, the more gear you have, the more that can go wrong…

The latest thing in a stove may not be a stove at all. There are ovens that now use steaming as a cooking method.

Instead of heating the air, steam ovens heat water (in an attached tank or container) and convert it to steam. Steam is a quicker, more efficient medium for transferring heat. As a result, steam ovens can operate at much lower temperatures than traditional ovens while still heating and cooking the food to the same degree (they don’t have to compensate for the heat that’s lost to the air, which happens in conventional “dry” ovens). Thanks to all that moisture, steam ovens also have the added benefit of potentially reducing fire risks. And many find that foods stay juicier and more flavorful when moist-cooked.

Steaming functions are available in many countertop ovens, aka multi-function ovens. Of course, they can’t fully replace a cooktop, as they can’t be used for frying or sautéing.

SHARE:
Written by Joshua Cox-Steib Insurance Contributor
Read more from Joshua
Joshua Cox-Steib has two years of experience in writing for insurance domains such as Bankrate, Coverage.com, The Simple Dollar, Reviews.com, and more. His work has also been featured on such sites as MSN and BBB (Better Business Bureau). His insurance writing career has spanned across multiple product lines, with a primary focus on auto insurance, life insurance, and home insurance.
Edited by
Troy Segal
Edited by Troy Segal Senior homeownership editor
Troy Segal is Bankrate's Senior Homeownership Editor, focusing on everything from upkeep and maintenance to building equity and enhancing value.
Troy Segal
Senior homeownership editor 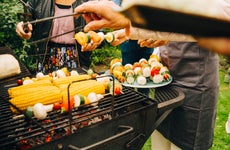 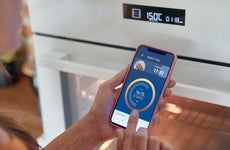 How do smart ovens work? 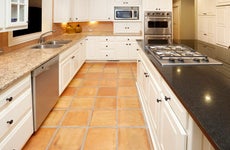 How much do kitchen countertops cost? 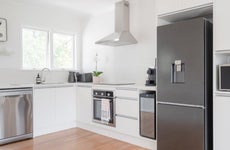 New home appliances: What’s hot for the kitchen in 2022