Because the federal income tax is the biggest and usually the first tax we see listed on our pay stubs, we naturally tend to focus on it.

But state government takes a bite out of our spending money, too. Bankrate will help you stay on top of what your localities are collecting — income, sales, personal property or investment taxes, or often a combination of all.

Here’s a look at some recent tax actions across the nation.

RALEIGH — While some state legislatures are working overtime to lower gas taxes this vacation season, there’s no such luck for North Carolinians.

The North Carolina Department of Revenue has announced that the state’s motor fuels tax will increase from 22 cents to 23.1 cents per gallon beginning July 1. The tax hike is slated to remain in effect through the remainder of the year.

Revenue Secretary Muriel Offerman said the 23.1-cent rate includes a flat rate of 17.5 cents per gallon and a wholesale component of 5.6 cents per gallon. North Carolina law requires that the wholesale portion of the tax be adjusted twice a year, reflecting a percentage of the average wholesale price of motor fuel the preceding six months.

The new tax rate will apply to gasoline, diesel and alternative fuels and is included in the retail price paid by consumers at the pump.

ST. PAUL — The Minnesota Revenue Department says approximately 37,000 state residents made money in 1996 and 1997 but failed to pay taxes on it.

That’s about to change. The state plans to more than quadruple its current enforcement staff and track down — and collect — the missing tax money. Officials believe the new compliance efforts will add $40 million to the treasury.

Most of the suspected tax scofflaws were identified from Internal Revenue Service filing data the agency shares with state revenue collectors. The IRS information was then crosschecked against state tax records, turning up Minnesotans who filed no state tax returns, but were shown on federal records as having earned $20,000 or more a year.

Current Minnesota Revenue Department compliance efforts have been catching about 4,000 people a year and turning up around $13 million annually in taxes. The expanded effort, state officials say, should fully gear up this fall. Meanwhile, the state is already revoking licenses for professionals, such as teachers or securities brokers, who fail to file returns.

In addition to boosting the state bank account, Revenue Department Director Jerry McClure says he hopes the effort will assuage tax fairness concerns. McClure notes that many Minnesotans participating in recent tax reform hearings across the state have sent officials the same message: “go after the tax cheats.” 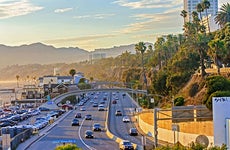 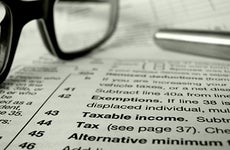