Dear Tax Talk,
I am a U.S. citizen and my company has agreed to allow me to work abroad in Germany for three months. So I will be earning a salary in U.S. currency, and will be paid by my U.S.-based company while abroad. I am concerned that I will be taxed by both the U.S. and Germany while working there. Is this true, and if so, what might be the best way to mitigate double taxation?
— John

Dear John,
While the dollar isn’t what it used to be, the tax laws are. As a U.S. citizen, you’ll always be a U.S. taxpayer no matter where you work. There is a tax treaty between the U.S. and Germany that may prevent German taxation for your short stint.

Treaty provisions generally are reciprocal (applicable to both treaty countries); therefore, a U.S. citizen or resident who receives income from a treaty country may find that a treaty might affect the tax to be paid to that foreign country. Foreign taxing authorities sometimes require certification from the U.S. government that an applicant filed an income tax return as a U.S. citizen or resident, as part of the proof of entitlement to the treaty benefits. Form 8802 is used for certification procedures.

Under the German treaty, you’ll be excused from paying German taxes under the following conditions:

When are you excluded from German taxes?

Because it doesn’t sound like the U.S. employer will be charging your salary to its affiliate in Germany, (i.e., the cost is not borne by the German branch) you should not be subject to income taxes in Germany.

Must US citizen working and living abroad file taxes in the US? 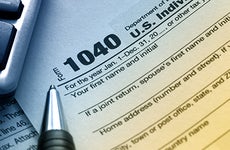