Even when you love your job, you probably don’t like getting to it much of the time. There’s the time on the road, the traffic jams and occasional accidents, not to mention the cost of gasoline.

Mass transit has its hassles, too — crowded trains, waiting for a bus in the rain, and in some cases, it takes longer than driving because you have to make all sorts of connections.

Your boss can’t do much about your actual commuting obstacles, but some companies are making workers’ treks to the office a bit more tolerable by providing a tax-saving way to cover part of the transportation costs.

These workplaces offer their employees a benefit known as a Qualified Transportation Benefit, or QTB. They also are sometimes called a Commuter Savings Account, or CSA, or a Commuter Expense Reimbursement Account, or CERA.

Regardless of what your call them, they work the same. You contribute to a workplace account and then use that money to pay for public transportation and parking expenses that you incur getting to and from work.

The best part of these accounts is that your money goes into them before payroll taxes are computed. That then cuts your tax bill somewhat, while helping you put away money you would spend on commuting anyway.

Here’s a look at how one hypothetical commuter saves with a QTB account.

In addition to saving on federal taxes, depending on your state’s tax laws, you also may also avoid state and local income taxes on contributions to your commuter account.

There are two basic ways to get to work, by vehicle or by mass transit. The tax code rules governing transportation benefits allow you to put money aside in separate accounts to pay for both commuting methods.

And while the commuter in the example above put $110 a month into one transportation account, that’s actually only about a third of the amount of money commuters could set aside in 2008.

This tax year, a combined total of $335 per month may be contributed to the two transportation accounts. With a 2008 transit savings account, you can contribute up to $115 a month. The money goes to pay for transit passes. In addition to the usual bus or train, van pools also qualify.

Many companies establish the accounts so that they can provide the transit passes or vouchers directly to employees or give them a debit card to use toward eligible fares. Cash reimbursement is allowed as long as the reimbursement is for a mass transit fare that is not readily available for direct distribution to employees.

If you drive in 2008, you can put up to $220 a month into a separate parking account, from which you can pay for parking fees at train and bus stations or even for spots at or near your office.

For 2009, the transportation benefit total for the two accounts increases to $350. The monthly maximum for a transit account next year is $120. The parking account limit goes to $230.

You can open both a transit and a parking account. Employees who drive to a train station and then take the rail to their office could benefit from both accounts. The maximum contributions for both are indexed for inflation, with the IRS announcing the adjustments each fall.

The funds, however, cannot be commingled. The accounts and the contributions to them must be kept separate.

Neither can you transfer money between accounts or use excess money in one to pay costs that are attributable to the other.

But the accounts do have one advantage over other similar workplace spending plans. At the end of the benefit year, any money still in a transportation account, either parking or mass transit, can be rolled into next year’s account.

Also differentiating commuter savings plans from other more commonly-offered workplace benefits is their place in the tax code.

If a commuter benefit is offered, it has a separate enrollment procedure. Some companies that handle workplace benefits for employers, however, often help coordinate all the firms’ employee benefits.

The commuter account concept started in 1987 with the creation of Transit Center, a nonprofit that promotes mass transit use via transit benefits. Its founder, president and CEO Larry Filler says that there is growing interest in commuting alternatives.

Because of the cost of gasoline, more workers are looking at mass transit. Environmental issues also are a consideration. “There’s a real connection between using transit and reducing greenhouse gasses,” says Filler.

The mass transit component, however, works better in some areas than others.

“Transit availability is not uniform across the country,” says Filler. “So this typically tends to be of greater appeal to metropolitan areas where employees have numerous alternative transportation options.”

The Halo Group, a brand development agency, and Clarendon Insurance Group are prototypical transit benefit companies. Both are in Manhattan.

Denise Goodwin Pace, co-founder and chief communications officer of The Halo Group, says the firm began offering transit benefits three years ago when it moved to the city. “We wanted to keep our employees happy,” says Pace. “It pays off for the company in low turnover, and it obviously keeps our workers happy because it helps pay for commuting costs and is a tax benefit for them.”

Robert Daniele, controller at Halo, says 29 of the company’s 30 employees use the benefit, which is provided through TransitCenter’s TransitChek vouchers, metro cards and debit cards. “The one who doesn’t use it walks to work,” says Daniele.

“It’s a very welcome benefit, especially with train tickets being increased year over year and subway fare hikes,” says Selke-Dunn. “The philosophy of employees when they use the transit card is, ‘Oh, my transportation is free, so that’s something that I don’t have to budget for.'”

It’s not quite a “free” ride for Selke-Dunn, but she still welcomes the transit benefit. The train ride from her New Jersey home to her New York City office costs, she says, “well over $300 a month. However, this is a nice perk, getting $115 off.”

Will workplace-provided transportation benefits expand beyond large metropolitan areas such as New York? Filler believes so.

“As gas prices stay high and there’s concern over environmental issues, companies and their employees will continue to look for alternatives,” says Filler.

And a new addition to the company-provided transportation benefit menu also could help increase interest in alternative commuting.

Bicycle accounts on the way

Commuting by bicycle is becoming increasingly popular. According to data from the Bureau of Labor Statistics, around 650,000 people use a bicycle as their primary form of transportation to and from work.

On Jan. 1, 2009, some of those bicycle commuters will be able to put a bit of pretax pay into a workplace account to help cover their two-wheel costs.

Thanks to a provision in the $700 billion economic stabilization and tax extenders law (also known as the financial services bailout bill) enacted on Oct. 8, a bicycle commuting account was added to tax code Section 132. Next year, workers will be able to set aside up to $20 per month in pretax earnings to help defray expenses related to bike commuting.

Expenses that qualify for reimbursement include such things as the purchase of a commuter bicycle, bike lock, helmet, bike parking and storage fees, shower facility costs and general maintenance of the bicycle that the employee regularly uses to get to and from work.

But there’s a catch. While commuters wishing to drive their vehicles some days and ride transit or vanpool other days are able to claim all those pretax benefits in the same month, that’s not an option with the new bicycle benefit. Any month in which an employee claims the bicycle benefit, he cannot also claim mass transit or parking benefits.

And the bicycle commuting dollar amount ($240 a year maximum), is tiny compared to the other transportation accounts ($1,440 for annual transit costs and $2,760 for a year’s parking expenses).

The smaller financial advantage as well as the restrictions on using it in conjunction with other commuting benefits could limit interest in bicycling accounts. Cycling advocates, however, are just glad to see the benefit finally make it into law after seven years of effort.

They are focusing on making sure the benefit is implemented smoothly next year. Then, if there is a large enough demand from bicycle commuters, they plan to seek an increase in the commuter savings account amount. 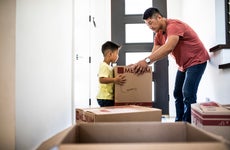 Moving expenses and taxes: What you need to know 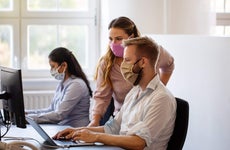