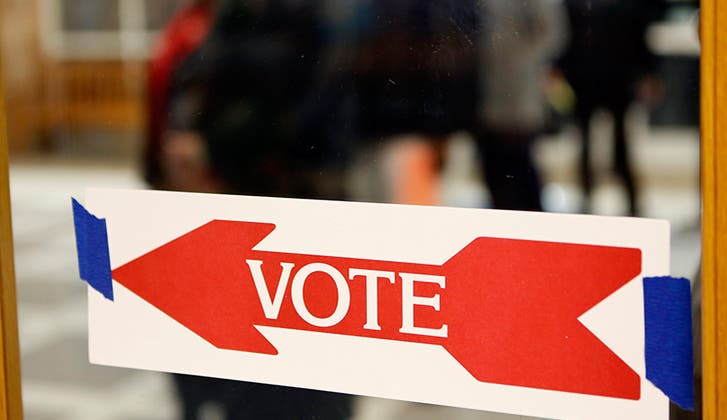 Direct public involvement in shaping the United States’ tax policy has a long history. There was the Boston Tea Party tax protest as the country was being formed. More than 200 years later, citizen lawmaking was still going strong with California’s watershed Proposition 13 — a tax ballot initiative to reduce property taxes by more than 50 percent.

Now, every election cycle, tax issues appear on ballots across the country for voters to determine whether levies will be enacted, ended or even permanently banned.

It will happen again on Nov. 4, with 20 statewide tax-related issues to be decided by voters in 11 states.

However, the move for direct voter say in the laws that govern them is found nationwide as people become more frustrated with government, Clingen says. Since taxes often are a key component of such frustration, it’s no surprise that many ballot questions are tax-related.

Three tax measures were decided in the August primaries.

In August, Alaska voters opted to keep tax breaks in place for oil companies. That’s not a surprise, since the Last Frontier’s economy relies heavily on the collection of that natural resource. What was somewhat of a surprise was that the measure narrowly passed.

Michigan voters decided to do away with the state’s tax on business property such as equipment, machinery and computers. Supporters said the tax break was needed to keep the state’s business climate competitive.

Missouri voters, however, rejected a temporary sales tax increase that would have funded state transportation projects.

Some of the remaining tax-related initiatives will change or repeal existing laws. Others are advisory only, giving lawmakers suggestions for future tax legislation. And in a few cases, the tax component is only a small part of a larger question.

But both business and individual tax issues are important to the taxpayers who will be going to the polls.

Among the initiatives that tax watchers are keeping a close eye on are the income tax questions in Georgia, Illinois and Tennessee.

Georgia voters will decide whether to cap the state income tax at the current 6 percent rate. Amendment A would prohibit any increase, a move supporters say is needed to make the Peach State more competitive with other Southern states. Opponents say individual income tax rates generally don’t prompt population moves and that the ballot question is merely a political gimmick.

Illinois voters will get their say about raising taxes on their wealthier neighbors. The Illinois Millionaire Tax Increase for Education question asks voters whether they support increasing the state income tax by 3 percent on incomes greater than $1 million. The added money would go to school districts based on enrollment size. The vote, however, is advisory only. Any actual increase, if favored by most Prairie State voters, would have to come from the state legislature. Of course, since it is advisory only, lawmakers could decide not to increase taxes even if most voters said it was OK.

Then there’s Tennessee (the Volunteer State), one of nine states that does not have an income tax on wage and salary income. Amendment 3 would keep it that way forever. If approved by Volunteer State voters, the state legislature would be prohibited from “levying, authorizing or permitting any state or local tax upon payroll or earned personal income.” The change would not affect the state’s current tax on certain dividend and interest income.

In 2013, Massachusetts lawmakers hiked the state’s gasoline tax from 21 cents to 24 cents. The Transportation Finance Act also provides for that tax to increase annually based on the inflation rate.

Voters could put an end to those automatic tax hikes by approving Question 1 next month.

Opponents of the automatic gas tax hike say it’s unfair. No other Massachusetts tax is tied to the rate of inflation. They also are concerned that lawmakers could use this tax as the basis for tying other taxes to the Consumer Price Index.

Those who want to keep the annual gas tax hikes in place argue that it’s the best way to ensure the state has sufficient money to pay for road and infrastructure maintenance.

If Nevada voters approve Question 3 in November, some of the state’s businesses would face a 2 percent margin tax beginning Jan. 1, 2015. Small businesses are exempt from the new tax. It would apply only to firms with revenues of more than $1 million.

The new tax money would be dedicated to public school costs. Supporters of the tax say businesses benefit from a better educated public. The added revenue, they argue, could help reduce class sizes, provide teachers and students with more tools and technology, fund early childhood education programs and enhance the Silver State’s ability to recruit and keep quality educators.

Opponents of the tax say it would destroy one of the state’s best tools for attracting new businesses: a low tax rate. An analysis prepared for the Coalition to Defeat the Margin Tax found that the proposal would take Nevada from below the national average in several business tax categories to among the top five states in the country.

Voters in two Northern California cities will decide whether they should pay a tax on sugary beverages, such as sodas, sweetened tea, and energy and sports drinks.

The Berkeley proposal would assess a 1-cent-per-ounce tax on sugar-sweetened beverages. The money would go to the city’s general fund.

San Francisco’s measure calls for a 2-cents-per-ounce tax. The new revenue would go to specific programs, such as health education and programs promoting healthy lifestyles.

Attempts to implement similar beverage taxes by other states and cities across the country have generally failed. Could that record change in one or both of these California cities known for their liberal politics and public activism? If so, the outcome could spark renewed enthusiasm for so-called soda taxes elsewhere.

“Supporters of contentious issues will try to test at local levels first,” says Clingen. That strategy has been used before to advance policy dealing with genetically modified organisms, fracking and marijuana.