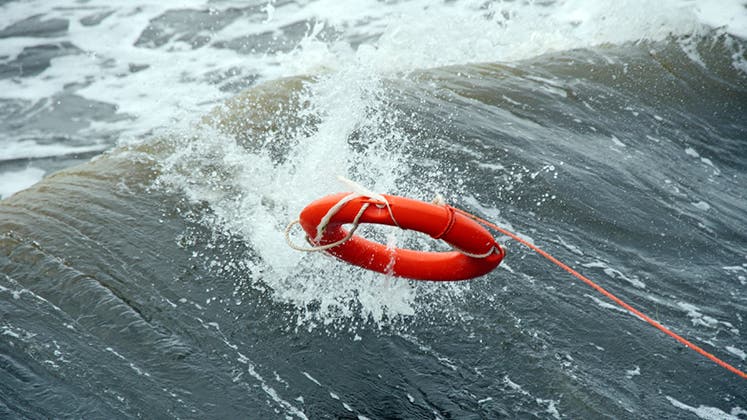 While about 6 in 10 Americans say they own life insurance, nearly half of them may have insufficient coverage to address the financial needs of their family upon their demise, according to the latest Bankrate Money Pulse survey.

“You look at this and say, ‘Boy, there are a lot of families out there that are very underinsured!'” says Brendan Bridgeland, the director of the Center for Insurance Research, a nonprofit consumer organization based in Cambridge, Massachusetts.

Save on your life insurance — compare quotes from reputable insurers

The insured rate for those with whole, universal, variable or term life coverage follows the traditional upward age curve, increasing steadily from fewer than half of young people ages 18 to 29 (44%) to two-thirds having life insurance in the 65-and-over bracket (65%).

However, the benefit amount of those policies may leave survivors, especially young families, in financial trouble should their main wage earner pass away. Nearly half (47%) of insured respondents carry coverage amounts of $100,000 or less, including 21% with a benefit amount of $25,000 or less.

“The $25,000 to $100,000 policies that you usually see in employer group plans may cover your funeral expenses, but they’re not going to pay off a mortgage or put a kid through college,” Bridgeland says. “It’s worrisome to me to see that half of those insured have those levels of coverage.”

Signs of the times for life insurance?

Bridgeland says the 60-40 insured/uninsured split and modest coverage levels are symptomatic of an insurance market that’s putting less and less emphasis on a product it views as underperforming compared to others.

“Traditional life insurance has fallen by the wayside; it’s not what companies want to market today,” he says. “Their focus is on complex products like variable annuities for the very wealthy. As a result, you see scant attention and even less advertising toward traditional insurance products, which are frankly the ones that moderate-income consumers are actually going to need.”

“The majority of Americans still get their life insurance as part of their group plan through their employer, and those plans are changing dramatically today,” Hasenauer notes.

“Before Obamacare, anybody who worked more than 30 hours a week got a package of benefits that included group life insurance, and it was included as part of the premium the employer paid,” she says. “But as employers have dropped their health insurance, what a lot of Americans didn’t realize is, they were also losing that burial insurance, the $20,000 or whatever it was to pay those last bills. That was a great benefit.”

Bridgeland agrees that employer group plans are changing, with or without health reform.

“Life insurance could still be part of the benefit package, but the employer isn’t necessarily picking up a share of the premium,” he says. “The plans only go up to a certain level, so you get a relatively modest benefit amount that might not be sufficient to protect the livelihood of a young family.”

How do Americans view the value of life insurance today?

Hasenauer was surprised to find that those who earn less than $30,000 and those with no more than a high school education opted most strongly for the life insurance, by 43% and 41%, respectively.

“Really? Absolutely mind-boggling! That is totally counterintuitive to everything I’ve learned about the life insurance business,” she admits. “It’s surprising, at least for the middle class.”

Answers could depend on age, coverage

Bridgeland suspects the mystery may lie in the details.

“If you’re asking someone who is 23, they’re obviously going to pick the getaway or the watch, because life insurance doesn’t matter very much to them. The getaway may also appeal to someone who is 75 and doesn’t necessarily feel the need for a big term life policy anymore,” he says, adding that it also depends on the individual’s own policy.

“If you have higher (more valuable) coverage, the $400 weekend getaway may not be as attractive.”

Methodology: Bankrate’s Money Pulse survey was conducted June 18-21 by Princeton Survey Research Associates International with a nationally representative sample of 1,000 adults living in the continental U.S. Telephone interviews were conducted in English and Spanish by landline (500) and cellphone (500, including 296 without a landline phone).