Points and miles may take you to exotic destinations, but a new survey found that American credit card holders tend to value a more practical prize: cash back rewards.

The December 2021 survey of 2,764 U.S. adults was done in conjunction with the 2022 Bankrate Awards, and it found that more than 4 in 10 (41 percent) cardholders listed cash back as their favorite credit card feature.

The next-most-desired features didn’t even come close to the overwhelming popularity of cash back rewards; cash back was three times as popular as the next favorite feature, wide acceptance.

After cash back, here are the most popular credit card features cardholders chose in the Bankrate poll:

While travel rewards may offer more value for savvy folks who know how to transfer and redeem points and miles, there’s a reason cash is king, according to credit card expert Jason Steele. Cash back is practical and can be used to pay for anything. Plus, it doesn’t require you to learn complicated rules or jump through hoops when trying to redeem rewards, Steele points out.

“It’s easy: You select the credit card and earn the cash back,” he says.

Cash back soundly beat out all other credit card features with U.S. consumers across all generations, education levels, geographic regions and household incomes, the Bankrate survey found.

While cash back was still number one with Gen Zers, their picks for favorite credit card features were more diverse than older generations. Four other credit card features, besides cash back, were popular enough among Generation Z to reach double digits: a card being “accepted most places” (14 percent), retail perks such as extended warranties and purchase protection (10 percent), customer service including the mobile app (10 percent) and a low interest rate (10 percent).

This diversity of responses may be because Gen Zers tend to be newer to credit cards than members of many older generations who may have carried credit cards in their wallets for years or decades, Steele says.

“This is a new thing for them, so they may be more excited about the features and benefits,” he says. “Older generations may be more jaded.”

Cardholders in debt pick cash back over low interest

It might seem wise for credit cardholders who carry a balance from month to month to seek out one valuable card feature: low interest. But even balance carriers go for cash back, according to the survey.

Among cardholders who carry a balance, cash back was more than twice as popular (30 percent) as a low interest rate (13 percent). In fact, the survey found a large share of card debtors (40 percent) don’t even know the interest rate for the primary card on which they owe money.

But focusing on earning rewards while carrying a balance is a costly mistake. First, the interest you pay on the debt will cancel out your rewards many times over. The average credit card interest rate is over 16 percent. In contrast, the most generous cash back cards allow you to score an overall return of only about two percent cash back, Bankrate senior industry analyst Ted Rossman points out.

Many people stick with the same card for years

According to the survey, almost half (49 percent) of cardholders haven’t changed up their top-of-wallet card within the last five years. Here’s how that 49 percent breaks down:

A smaller segment of cardholders switch up their go-to card regularly. One in five (21 percent) credit card users changed their main card within the past year. And over half of those (53 percent) say they switch cards frequently. The rest said their recent change was the first time they had swapped out their primary credit card in a while.

Older consumers are more likely to keep reaching for the same credit card for years. One in four boomers (25 percent) has always stuck with the same primary credit card, while almost one in three (31 percent) says it has been at least five years since they swapped their top card.

But it’s not just boomers. Credit card inertia exists even in younger consumers. More than one in four millennials (27 percent) has never traded in their primary card, and another 16 percent say it’s been at least five years since they swapped cards.

“I’ve had people pull out a card and tell me with pride they’ve had the account for 20 years,” Reyes says. But these cardholders should consider that credit cards are always being updated with new features and benefits. There are dozens of competing offers—many with no annual fee—at any given time, Reyes adds. It never hurts to consider your options.

People who stay with the same card for years or decades “may miss out on hundreds or thousands of dollars of rewards and benefits over that time,” he says.

Is it time to apply for a new credit card?

It’s a good idea to re-evaluate your credit card needs and look at current card offers regularly. Here are four tips for evaluating your credit card strategy and deciding whether your current favorite card is still right for you:

Are you one of the many Americans who haven’t looked around at available credit card offers in years? It might be time to take a look. “If you haven’t signed up for a new credit card in a while, you’re missing out,” Rossman says.

Bankrate.com commissioned YouGov Plc to conduct the survey. All figures, unless otherwise stated, are from YouGov Plc. Total sample size was 2,764 adults, including 2,049 credit cardholders and 804 who carry credit card debt from month to month. Fieldwork was undertaken December 1-3, 2021. The survey was carried out online and meets rigorous quality standards. It employed a non-probability-based sample using both quotas upfront during collection and then a weighting scheme on the back end designed and proven to provide nationally representative results. 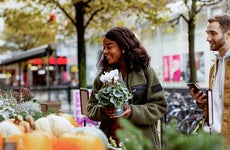 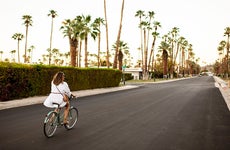 Is the Discover it Miles better for cash back or travel? 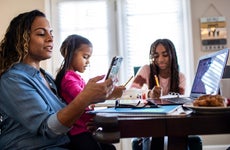 Is the Amex Blue Cash Preferred the best card for big families?