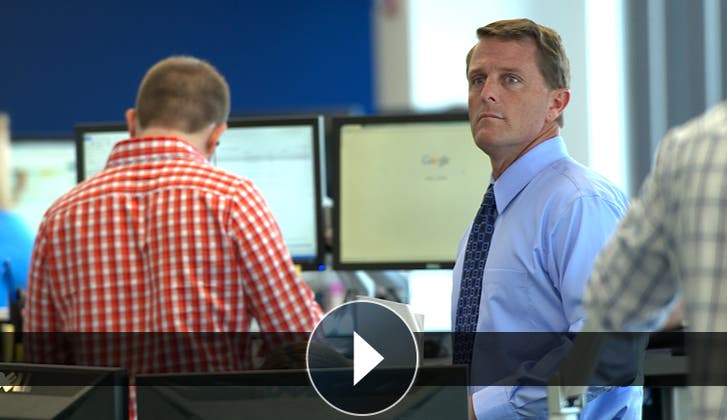 One in 8 Americans tapped their retirement savings over the past 12 months to pay for a household emergency, according to a survey that accompanies Bankrate’s Financial Security Index.

The September FSI survey also found that the chances of people raiding their nest egg go up with age. Among the youngest age group (between 18 and 29 years old), 8% said they’d dipped into their savings, while 19% of people at least 65 years old had done so. In addition, nearly 1 in 10 said the question doesn’t apply to them — they don’t have a savings plan to tap.

The results are slightly better than the last time Bankrate asked the question in April 2011, but the differences between the 2 are still within the survey’s margins of error.

Americans ended the summer upbeat about their finances. Here's what our survey showed.

Greg McBride, CFA, Bankrate’s chief financial analyst, notes that anyone who uses retirement savings for something else could be creating problems for themselves down the road.

“Using retirement savings to cover an emergency is a permanent setback to retirement planning,” McBride says, “with the possibility of taxable distributions, early withdrawal penalties, loss of tax efficiency and the inability to replace withdrawn funds in future years.”

Why the age difference?

It’s not a surprise to financial planners that older generations are most likely to use retirement savings as a backup plan.

Shon Anderson, the chief wealth strategist at Anderson Financial Strategies, says that people who have been saving for decades have likely amassed a sizable chunk of money in their retirement accounts. If they need, say, $20,000, it doesn’t look like a big deal if they dip into that large savings for the money. Younger workers, however, have yet to save very much, if anything at all. So that $20,000 withdrawal seems like a much bigger deal.

There’s also a question of need: The older you get, the more likely you are to face housing issues and health problems that need to be addressed financially, Anderson says.

“There’s a wedding coming up, or you need to send money for the grandkids to go to private school, and Mom and Dad can’t handle it,” he says. “These are not really emergencies but unexpected expenses. But they are treated like emergencies.”

Younger generations also have something that older generations don’t: They still have their parents as a safety net, says Kashif Ahmed, president of American Private Wealth.

“A lot of young people assume their parents will bail them out,” Ahmed says. “They don’t think about what is going to happen to Daddy if he does.”

The cost of using retirement savings

The government has instituted penalties to dissuade Americans from dipping into their qualified retirement plans until they actually retire. There is a 10% federal penalty on the amount withdrawn, for example. Add to that the federal and state income taxes you have to pay on the withdrawal. But those penalties disappear for those 59 1/2 years old and older, and that may be another reason why older Americans use those savings for emergencies.

No matter what your age, though, people should seriously consider the consequences of losing that investment before making the withdrawal, notes Leon LaBrecque, a CFP professional in Troy, Michigan. For example, LaBrecque says, a $10,000 withdrawal that would have earned 7% a year translates to losing out on $19,671 over 10 years, $38,697 over 20 years and $149,745 over 40 years.

How to pay for emergencies

Instead of using your retirement savings, many financial planners advise clients to turn to other sources of money. You could tap into your home’s value through a home equity loan or HELOC, for example. You could take out a personal loan from a bank or credit union or even borrow from a family member.

If you must rely on your retirement savings, consider taking a loan against your 401(k) rather than withdrawing the cash, said Kevin Reardon, CFP professional in Pewaukee, Wisconsin, but “with the belief you can pay it back,” he says.

Aside from the retirement question, Bankrate’s FSI found that Americans are feeling more secure about their financial footing in September compared with the past 2 months. The monthly reading showed improvement in all 5 components: job security, savings, debt, net worth and overall financial situation. The employment picture showed the most strength, with those feeling more secure outnumbering those feeling less secure by more than 2-to-1.

“As retirees draw down their assets to cover living expenses,” McBride says, “it is common to note a deterioration in one’s financial situation,” offering yet another reason to use retirement savings for emergencies.