Want free checking? Chances are the nearest credit union has it 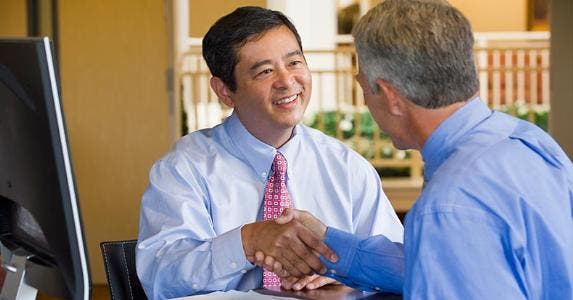 If you’re paying a monthly fee for your checking account, the big question is: Why? Make that: WHY??! Free checking is becoming more available every year, and that’s particularly true at the nation’s credit unions, Bankrate finds.

According to our 2017 Credit Union Checking Survey, 84 percent of credit union checking accounts now come with no monthly maintenance fees. That’s a jump from 72 percent two years ago.

If you are one of the few paying for checking, it’s time to do some serious shopping around.

When there are fees, they’re easy enough to dodge. The survey found that an overwhelming 98 percent of standalone checking accounts at credit unions are either free or pretty close to it.

That means credit union accounts that have fees allow you to avoid those monthly charges if you meet certain criteria, such as having a companion account, signing up for direct deposit or maintaining a certain amount of transaction activity.

At banks, free checking had been in decline but ticked up last year for the first time since 2009.

What’s the reason for the growth in free accounts?

One reason is technology. The ability of financial institutions to offer online statements has made checking cheaper. An increasing number of credit unions provide free checking if you go paperless but charge a separate fee if you want a snail-mailed statement.

Don’t get the mistaken impression that credit unions are completely anti-fee. As with traditional banks, you’ll be penalized if you spend more than you have in your account.

The average overdraft fee for credit union checking continues to inch upward. This year it’s $27.76, up nearly a dollar from 2015.

By comparison, most banks charge a steeper $35 per instance if you overdraft.

The bite from ATM fees

Credit unions remain relatively low-cost for ATM users, especially if you stay in-network. Many credit unions are members of vast national ATM networks, like CO-OP and Allpoint, so it tends to be fairly easy to find a participating machine that won’t make you pay a surcharge.

But if you go out of the network, you’ll get dinged at 64 percent of credit unions, down slightly from last year’s 66 percent.

Will the surge toward free checking at credit unions continue? McBride says the trend is unlikely to be sidetracked by the Trump administration’s potential rollback in financial regulations adopted after the 2008 financial crisis.

At the same time, he doesn’t expect the institutions to become more lenient with their other costs.

“Overdraft and out-of-network ATM fees may hold steady, but any declines will be rare,” he says.

So again, if you’re paying for checking, don’t. Just don’t. Same with settling for an account with other, high fees that could end up costing you. You have plenty of options, so explore them.

Methodology: Bankrate.com surveyed checking accounts and their associated debit card and ATM fees at the 50 largest credit unions by deposits (shares) between Jan. 17-25, 2017.