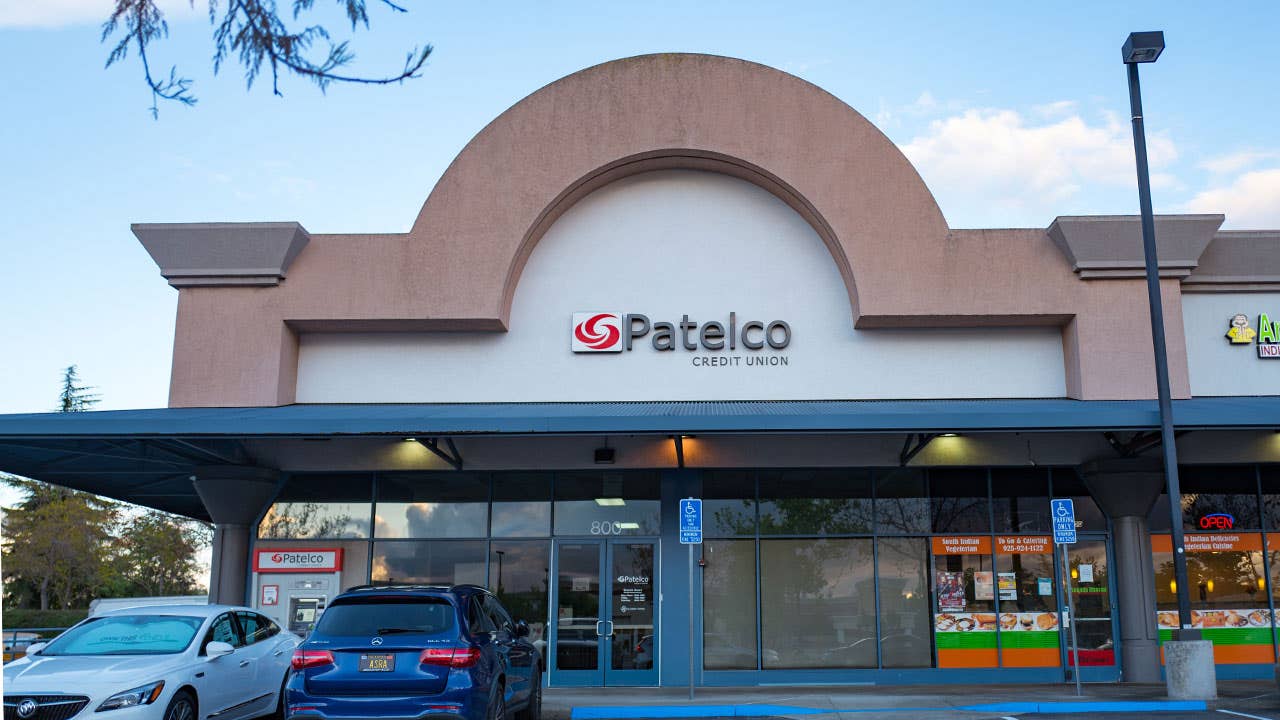 Free checking might seem elusive in banking, but it’s rather abundant among credit unions.

Bankrate’s 2018 Credit Union Checking Survey finds that 82 percent of the nation’s 50 largest credit unions offer checking accounts that are free, meaning there is no minimum balance requirements or a monthly service fee. By comparison, our 2017 Checking Account Survey for banks found that only 38 percent of banks offered free checking.

While most banks and credit unions offer ways to avoid fees, truly free checking is a great option for consumers who live paycheck to paycheck, who often have uneven income or who would just rather not have to worry about keeping a specific balance each month to avoid a fee. If you fall into any of those categories, consider a credit union.

“Credit unions have a much higher instance of free checking, much lower fees and much lower thresholds to avoid a fee,” says Greg McBride, CFA, Bankrate’s chief financial analyst. “Credit unions should absolutely be included in your search for an institution as a price-sensitive consumer.” 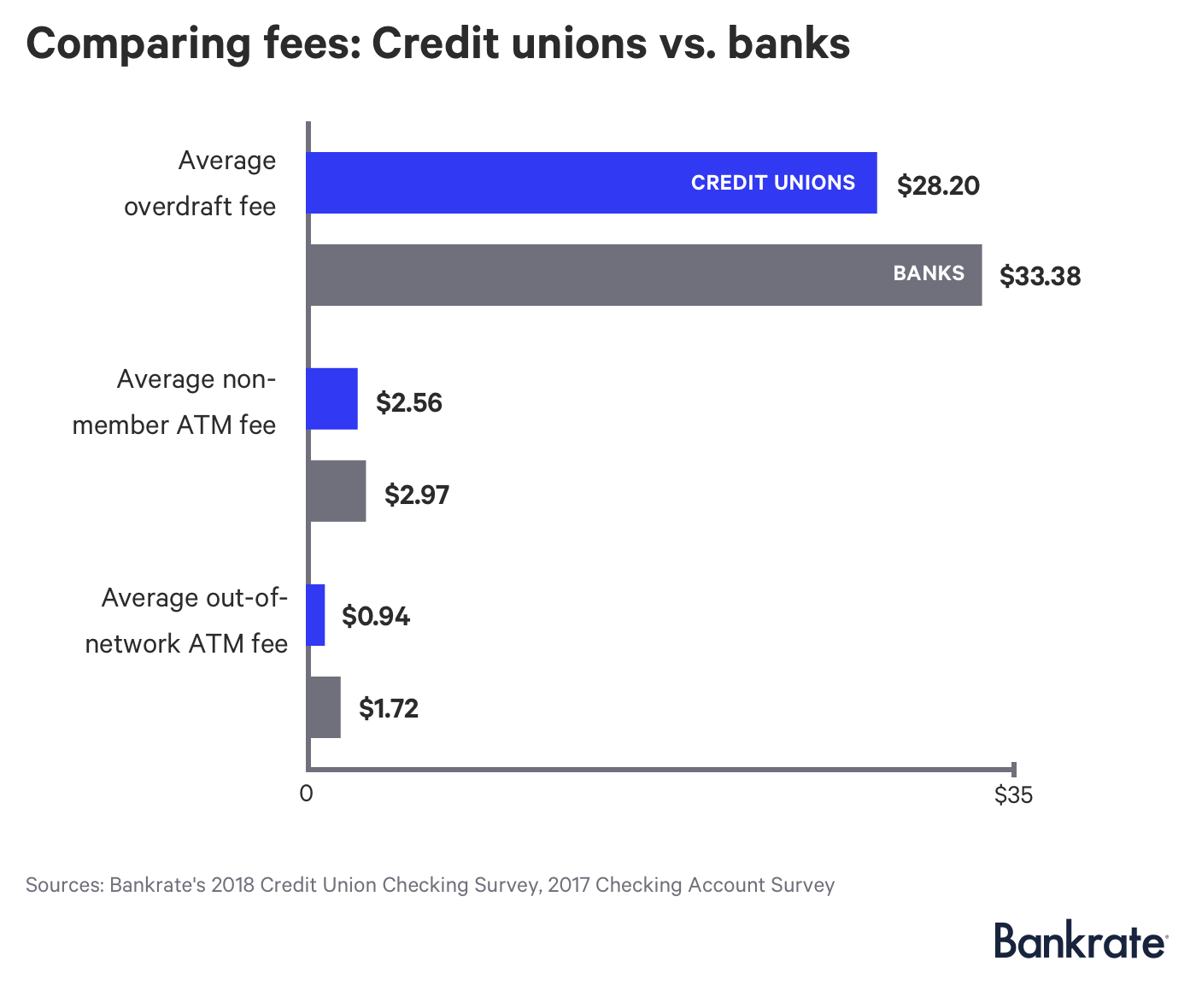 Even more accounts can become free

When you add in accounts that can become free via various steps, 98 percent of credit unions offer free checking. That compares with 99 percent of banks that make free checking possible.

Credit unions, however, still have the advantage in that the monthly service fees on those accounts are lower. The Credit Union Checking Survey finds that 18 percent of the credit union checking accounts had a fee. Within that group, the fee ranged from a dollar to $10, with $5 being the most common. Those figures are unchanged from a year earlier.

The most common fee among bank checking accounts in our 2017 Checking Account Survey was $12.

It’s worth noting that only four of the 50 credit unions, or 8 percent, surveyed had a minimum balance required to avoid a fee.

Another common fee for checking account customers is related to using ATMs outside your network. The survey finds that 36 percent of the credit unions surveyed don’t charge a fee for using an ATM outside of its network or they offer at least one free out-of-network withdrawal per week. When they do charge a fee, it is most commonly $1.50, a dollar less than banks charge.

Overdraft fees on the rise

Overdraft fees at credit unions are on the rise. Such fees reached a record high, at an average of $28.20. That’s up 1.6 percent from a year earlier. That’s still less than the average bank overdraft fee of $33.28 from the 2017 Checking Account Survey for banks.

Still, $28.20 is stingingly high for something that can be avoided. To avoid such fees, consider opting out of overdraft protection on debit card and ATM transactions. Doing so means your card will be declined when you don’t have enough money in your account to cover your purchase, but that momentary embarrassment is often better than your $10 lunch turning into a $38 lunch. Text alerts are also a good way to keep tabs on how much money is in your account. Similarly, there are several consumer-friendly neobank startups that do not allow you to overdraft.

It’s not surprising that credit unions have lower fees. Being consumer-friendly is in their DNA.

Checking accounts are often loss leaders. Financial institutions lose money by offering them but continue to do so because they are the glue of consumers’ lives, and therefore the glue of the financial relationship. In other words, they often lead to other more profitable products.

Banks tend to attach fees where they can as a way to recoup the costs as part of their obligation to look out for their shareholders. Credit unions, by comparison, are not-for-profit organizations that are designed to serve their members.

So, why doesn’t everyone use a credit union?

“There is no one-size-fits-all institution,” McBride says. In other words, there are lots of reasons.

Some people prefer the comfort of a large financial institution that has lots of branches and enough money to build great mobile banking apps. If you’re able to avoid the monthly service fees by keeping a minimum balance, they are great options for managing your daily financial life.

Credit unions also have the added challenge of explaining what they are to potential customers. Historically, credit unions had narrow fields of membership; for instance, people who work at a certain company. That changed with legislation in the late 1990s, but the perception persists. Membership is rather easy now, with credit unions offering a number of ways for you to become a member, ranging from living, working or worshipping in a particular area to making a donation to a specific charity.

McBride says consumers should also be savvy and not expect one institution to serve all of their needs. For instance, you can open a no-fee checking account at a credit union while maintaining your high-yield savings account at an online bank.

“I’d remind consumers that it doesn’t have to be an all or nothing strategy,” McBride says. “It often pays to be a free agent.”

Methodology: Bankrate.com surveyed checking accounts and their associated debit card and ATM fees at the 50 largest credit unions by deposits (shares) between April 2-20, 2018.