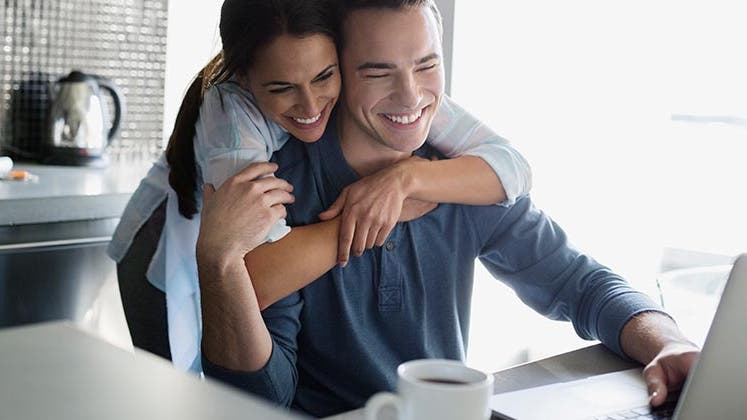 If free checking is a priority for you, it’s clearer than ever the place you’re most likely to find that is credit unions, not banks.

Bankrate’s 2016 Credit Union Checking Survey finds that 76% of credit unions offer free checking, up slightly from 2015, when it was 72%. That’s more than twice the rate of free checking we found among banks in our most recent survey of them — and the chasm is widening. Free checking at banks declined last year, and has done so in 5 of the past 6 years we’ve conducted the study.

An additional 22% of credit unions will waive their monthly fee for meeting certain requirements, most commonly signing up for direct deposit or email statements, making it possible to avoid monthly maintenance fees at 98% of the credit unions we surveyed.

All those carve-outs can help you avoid a monthly maintenance fee that ranges from $1 to $10 a month, with the most common being $2.

Just like banks, credit unions will charge you a fee for outspending your checking account balance, and those fees are up, averaging $26.96 this year, compared with $26.78 in 2015.

“Overdrafts are like speeding tickets — it doesn’t matter where you are, you’re going to pay,” says Greg McBride, CFA, chief financial analyst for Bankrate.com. “It’s costlier at banks than it is at credit unions, but whether it’s $25 or $30 it’s still a big bite.”

But credit union overdraft fees are still substantially lower than those at banks, where they averaged $33.07 in our 2015 Checking Account Survey, a difference of over $6 a pop.

What’s more, none of the credit unions Bankrate surveyed had less-common fees such as debit card fees or point-of-sale fees.

ATM withdrawals can get expensive when you go out of network.

It’s common for checking account holders to get hit twice for making a withdrawal at another bank’s ATMs — once by the ATM owner, and once by their own institution, which charges an additional out-of-network ATM fee. That can easily push the cost of a single out-of-network withdrawal to north of $5.

Many credit unions do this, too, but not all. Unlike banks, more than one-third have either no fee for out-of-network withdrawals, or at least 1 fee-free withdrawal per month.

That consumer-friendly attitude doesn’t, however, carry over to noncustomers. Nearly all credit unions hit nonmembers with fees, and the average ATM fee at credit unions continues to rise, reaching $2.58 this year, up from $2.47 last year.

Why the lower fees?

Credit unions’ advantage over banks when it comes to checking fees is likely to continue, thanks to some fundamental differences between the institutions, says H. Terrie Cloud, senior vice president of ICI consulting, a St. Petersburg, Florida-based consulting firm for financial institutions.

“Credit unions are not-for-profit, so the income they generate goes back to their members,” says Cloud. “So they’re able to offer lower-cost solutions.”

And while credit unions are under increased regulatory scrutiny because of the Dodd-Frank financial reform law, that burden isn’t quite as heavy as it is at banks, Cloud says.

“Credit unions are regulated a little differently than banks, and the regulations are a lot looser than banks, so therefore their costs are a lot lower in terms of servicing that particular account, whether it be checking or a loan,” Cloud says.

That savings then gets passed down to the consumer in the form of lower fees, he says.

Credit unions have capitalized on their lower fees to grow their membership in recent years.

“Free checking has always been part of the business model credit unions have had around the country, and I think you’ll continue to see that. I think it is one of the differentiators between credit unions and banks,” says Dan Berger, president and CEO of the National Association of Federal Credit Unions.

In part because of those lower fees, credit union membership has climbed to a record 102 million. Another factor that may be driving that growth: lingering resentment against the banks for their role in the financial crisis and the subsequent government bailout, Berger says.

“Coming out of the financial crisis and all the black eyes that the big investment banks got on Wall Street, I think people are really beginning to focus on their financial well-being, and because we’re not-for-profit financial institutions, consumers are gravitating toward credit unions,” Berger says.