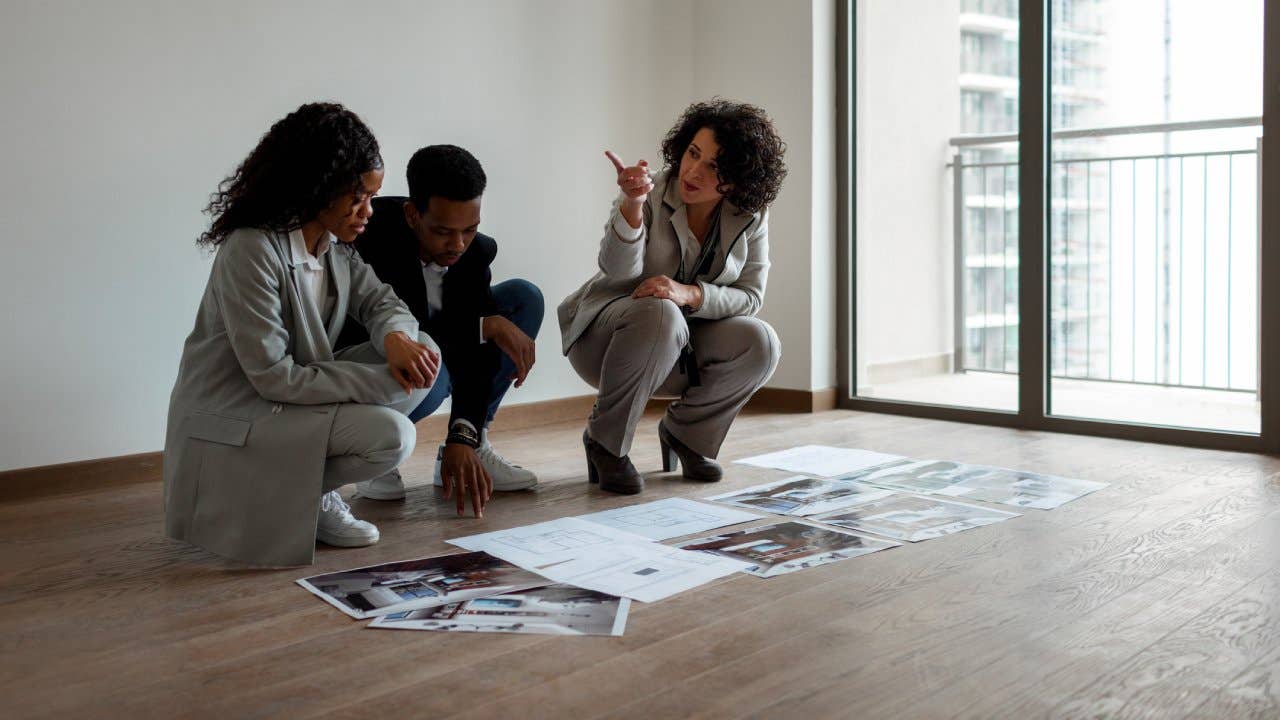 When considering help for a home renovation, it’s natural to get confused between designers and decorators. Certainly interior design and interior decorating sound like interchangeable terms for the same job — and in fact, some overlap does exist: Both deal with the inside of a property, making it an attractive, functional, habitable space.

Knowing what the differences are between interior designers and interior decorators, and understanding when you should hire one over the other, can save you money, time and grief — and improve your odds of a successful home project.


What is an interior designer?

An interior designer is a professional trained in creating harmonious, usable rooms and areas within a building — the architect of its insides, so to speak. The Bureau of Labor Statistics (BLS) defines interior designers as those who “make indoor spaces functional, safe, and beautiful by determining space requirements and selecting essential and decorative items.”

Interior designers take a complete, structural approach to a space. They are trained to work with the things you see — the shape, size and layout of rooms — but also the things you don’t see, like placement of HVAC, plumbing, electrical and other functional systems and their equipment and fixtures.

Interior designers often work alongside architects and general contractors on new builds. Many also specialize in a specific niche, such as office buildings, hospitality, green spaces — or residences.

No U.S. state requires a license or qualifications to do interior design for homes (though some mandate certifications to work on commercial projects). However, the American Society of Interior Designers (ASID) does set specific requirements on how to qualify, and style yourself, as an interior designer. They include:

Along with passing of NCIDQ and membership in ASID, many interior designers earn credentials from other industry associations. Common supplemental ones include: American Lighting Specialist (ALA), Council for Interior Design Accreditation (CIDA) and the Interior Design Continuing Education Council (IDCEC).


What is an interior decorator?

Interior decorators are more like home stylists. They furnish and adorn areas and spaces, but they aren’t qualified to construct or design or make structural changes to them. That’s not to say they can’t transform a room, using their expertise in:

There is no specific certification, exam or formal education required to become an interior decorator; it’s a field associated with on-the-job learning and experience, though of course some decorators may have studied art, architecture or design.

Decorators have their own firms, or they may be affiliated with a furniture or appliance retailer. They often directly order or purchase items for you, and help install or arrange them in the room.

Interior designers typically have more academic training and formal education than decorators. Many have a bachelor’s degree (BFA or BS) in interior design or a related field. In contrast, there’s no such thing as an interior decorator degree; most practitioners learn their craft on the job.

Then there’s the price you pay for their services. Both designers and decorators charge in a variety of ways, either hourly, a flat rate by project, or a percentage based on the total cost of items and services purchased — or sometimes, a combination (like an hourly or flat consultation fee, then a commission on purchases). Whichever, interior design fees tend to run higher than interior decorating fees, simply because the level of education and credentialing an interior designer needs to invest in.

According to HomeAdvisor, the average hourly fee for an interior designer is $50 to $200 per hour compared to $50 to $150 per hour for a decorator. In some cases, decorating advice may be included for free when you purchase furnishings from a particular retailer.

But the biggest difference lies in what the two professionals are trained to do.

“The designer focuses more on the functionality of the spaces and furniture, while the decorator focuses mainly on the aesthetics and style of the space and the furniture,” says Elvis Alcequiez, Architect Designer at Forever Architect who has experience working with both interior decorators and designers.

“A designer will take into account the interaction of the space with its [external] surroundings, including natural incidence factors such as wind and sun,” he adds. In contrast, a decorator’s gaze stays inward, focusing on the “use and combination of colors in spaces and furnishings, he adds. In other words, they give the room a look.

Let’s say you were going to remodel your kitchen. A decorator could pull the existing space together by coming up with a style (such as “farmhouse” or “contemporary”) for it, help select paint colors and tiling, furniture and appliances; even add accessories such as wall art, light pendants, interesting vases or objects and assist in organizing the kitchen cabinets better. They would transform the kitchen cosmetically, helping it look more spacious and maybe even finding you a little room for storage or to operate in.

In contrast, an interior designer might propose a different layout altogether for the kitchen. They’d show you how to actually enlarge it or change the configuration of the major appliances (and ensuing lines/wiring/pipes) They could aid in sourcing and replacing the countertops, designing new custom cabinets, adding an island; they might even supervise the contractors as in constructing and executing the renovations.

So why the confusion?

Given these differences, why does confusion persist between interior designers and decorators? Partly because some interior designers don’t just conceive a space, they decorate it too. But more often it’s because many interior decorators style themselves with the more prestigious-sounding moniker “designers” or as offering “design services” — even when what they mainly do is furnish. While some states do regulate which professionals can call themselves “interior designers,” the mandates only apply to those working on commercial buildings. Design/decorating services are unregulated for residential projects: When it comes to home interiors, anyone can call themselves anything.

Case in point: The popular online interior design services that work with clients virtually, via uploaded room photos, software renderings and computer consultations. Despite the name, these services primarily are offering decorating ideas and furnishing suggestions; they don’t reshape spaces. Some won’t even work on new builds or raw spaces.


Do I need a designer or a decorator?

Choosing between an interior designer or decorator depends on the scope of your design project and your budget. An interior designer can handle any type of project regardless of complexity, including structural and functional improvements. They’re ideal for a new build, an addition or an extensive remodel since the designer can also work with (and supervise) contractors.

An interior decorator comes in when the room is a reality, and is more limited to the cosmetic aspect of a job, focusing on furnishings, room flow, color selection and home accents. Although the decorator works on a less-extensive scale than a designer, their services may be more than adequate, especially if what you basically need is a shopping buddy to brainstorm ideas and find the perfect piece of furniture.

Unsure what the professional in front of you is capable of? Try looking for those various initials after their names — the credentials that are the mark of degree-toting, board-certified interior designers. A decorator probably won’t have these affiliations, no matter what their firm’s called.

And ask them exactly what they do, and have done on the previous projects they’re displaying in their portfolios. Do they work with a new space? Can they help you change the footprint or function of a room? Will they actually help you source furniture and fixtures? Supervise contractors or installers?

The better choice comes down to what you need. “When there is a considerable space problem and the solutions required are focused on improving the quality of the space, it is better to hire an interior designer,” says Alcequiez. “However, if the space works, and all that is required is to improve the aesthetics and style, it is advisable to hire a decorator.”

Read more From Cynthia
Cynthia Paez Bowman is a former personal finance contributor at Bankrate. She is a finance and business journalist who has been featured in Business Jet Traveler, MSN, CheatSheet.com, Freshome.com and TheSimpleDollar.com.
Edited by
Troy Segal
Senior homeownership editor