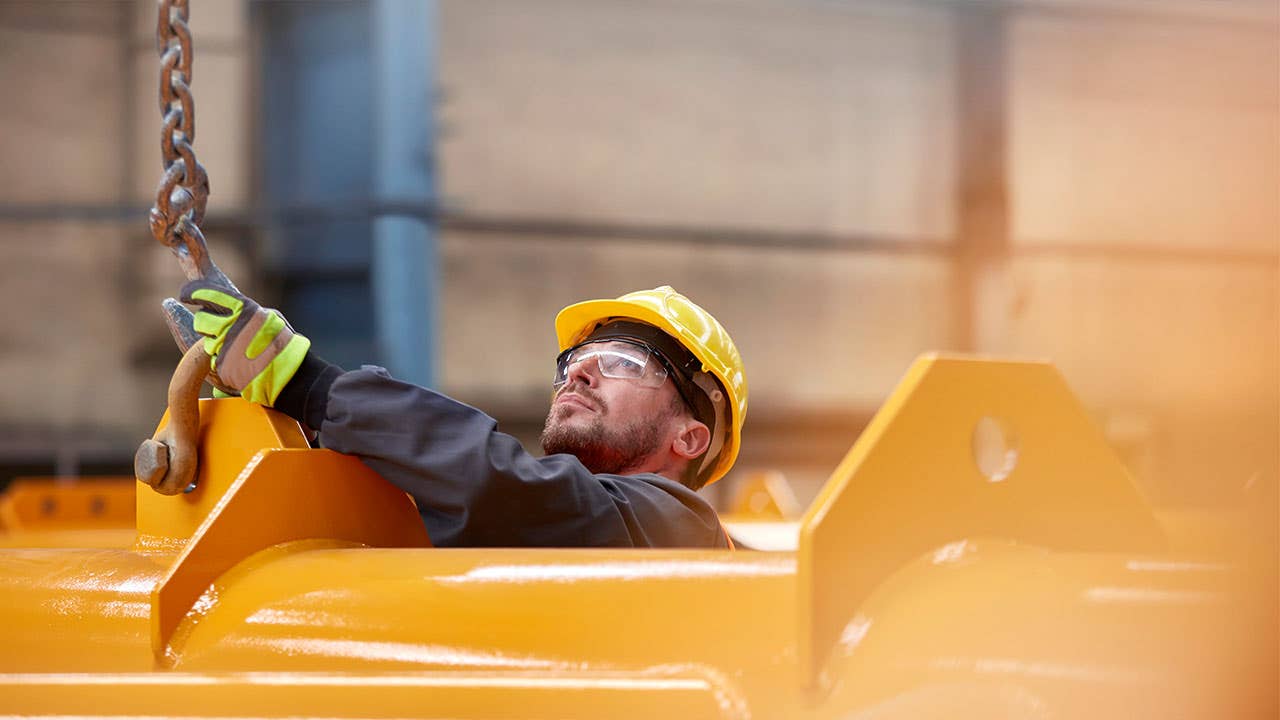 Economic activity grew slowly across most of the U.S. during the early weeks of spring, held down in part by a tight labor market, according to a Federal Reserve survey released Wednesday.

Growth throughout most of the Fed’s regional 12 districts expanded at a “slight-to-moderate” pace, with a “few” districts reporting further “strengthening,” the Fed said in its latest roundup of anecdotes from business contacts throughout the country. Prices rose “modestly,” driven by tariffs, transportation costs and rising wages to attract workers, with some employers reporting difficulty filling positions.

“Most districts reported that growth continued at a similar pace as the previous report,” the survey said, “with those expecting slight-to-modest growth in the months ahead.” However, the labor market’s tightness is “restraining the rate of growth.”

The report, known as the Beige Book, paints a generally positive picture but bolsters the case for policymakers to continue holding interest rates steady when they next meet in two weeks. Fed officials have signaled that they’d like to see a pick up in inflation before raising interest rates again and have communicated in speeches that they’re puzzled as to why it’s been so tame.

Economic theory typically suggests that a tight labor market puts upward pressure on prices, but inflation hasn’t risen substantially past 2 percent since the Fed officially defined this goal in 2012. The Fed’s latest Beige Book suggests that remains the case.

Prices, as judged by the Fed’s preferred gauge, rose by 1.4 percent in January, according to the most recent reading from the Department of Commerce.

Fed officials continue to repeat upbeat messages about the U.S. economy during public appearances, but have noted that modest inflation and a variety of uncertainties give them reason to pause. Chicago Fed President Charles Evans, who has a vote on the Federal Open Market Committee (FOMC) this year, said he expects interest rates will be on hold until the fall of 2020. Philadelphia Fed President Patrick Harker said he expects one more increase in 2019, though he is a non-voting member of the committee.

Patience has been the key theme for U.S. central bankers since early January. The Fed last raised rates in December to a range of between 2.25 percent and 2.5 percent and has kept that benchmark unchanged for the past two rate-setting meetings.

Investors are broadly expecting interest rates to hold steady for the remainder of the year, a projection matched by Fed officials found in the central bank’s so-called “dot plot.”

Yet, nearly a third of market participants are betting on a rate cut this year, according to CME Group’s FedWatch. U.S. central bankers haven’t entirely ruled that possibility out, minutes from the last rate-setting meeting reveal. Policy could “shift in either direction” depending on incoming data and future developments, the FOMC minutes said.

The Beige Book acknowledged that consumer spending was mixed, with “sluggish sales” for retailers and auto dealers. The latest retail sales figures — due Thursday from the Department of Commerce — will provide officials with more clarity.

Employment “continued to increase nationwide,” with nine districts reporting “modest or moderate” growth and three reporting “slight growth.” High-skilled positions were easiest for employers to fill, according to the Beige Book.

“A majority of districts cited shortages of skilled laborers, most commonly in manufacturing and construction,” the survey said. “Contacts also reported some difficulties finding qualified workers for technical and professional positions.”

The U.S. economy added 196,000 new positions in March, according to the Department of Labor’s most recent jobs report. While the construction sector recovered from a slump in February, the manufacturing sector contracted for the first time since mid-2017. At the same time, the jobless rate held at 3.8 percent in March, near the lowest level since 1969.

Manufacturing conditions were “favorable,” but many contacts reported “trade-related uncertainty.” Fed officials have said the U.S. economy may be threatened by unresolved trade tensions between Washington and Beijing, and it’s one of the factors they’re eyeing during their patient approach to policy.

The U.S. central bank deals with intricate economic theories but still makes room for anecdotes. Here’s a roundup of some of the most interesting tidbits from this latest survey.