The average credit score in the United States hit an all-time high in 2018, according to a new report from the credit scoring company FICO.

The average FICO credit score reached 704 in April — up four points from the year prior, according to the semiannual report released in late September. The steady improvement in credit quality signals American consumer credit and financial health is strong as the Federal Reserve’s rate hikes make borrowing more expensive.

Ninety percent of top lenders factor in FICO scores when making lending decisions, according to FICO. The three-digit number influences the ability to land an apartment, buy a car and even finance a smartphone.

“Since bottoming out at a score of 686 in October 2009, we have seen eight consecutive years of increases in the national average FICO score,” Ethan Dornhelm, vice president of FICO scores and predictive analytics, says in the report.

The boost in the average FICO score can largely be explained by fewer consumers posting scores below 550 paired with more people hitting the so-called super-prime range above 800, according the report.

To come up with its scores FICO looks at how often consumers are paying their bills on time, what percentage of available credit they’re using, the average age of their lines of credit, their total number of accounts, derogatory marks in their credit report and other related factors. 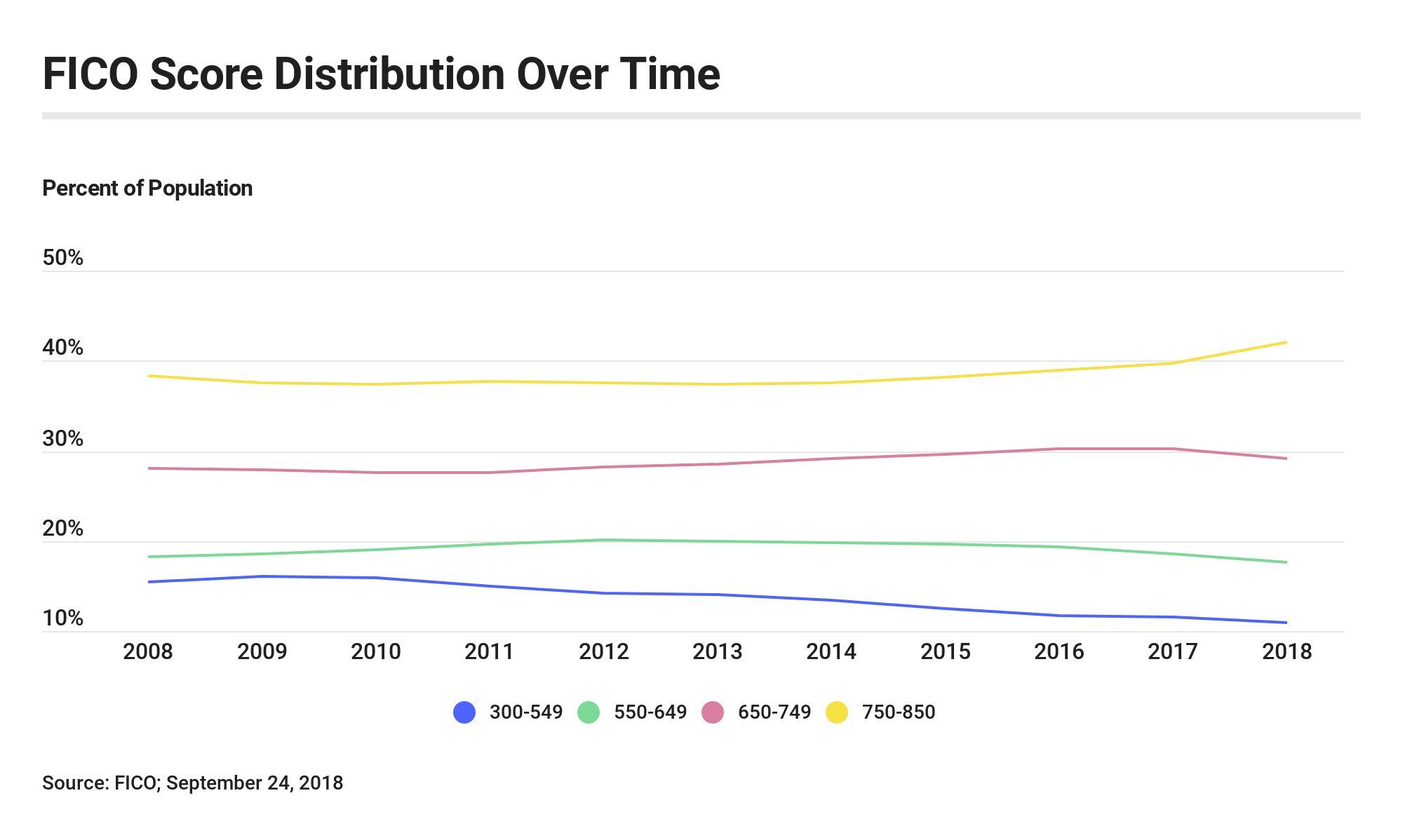 The average credit score is partly stronger because fewer people are falling behind in their bills and ending up with accounts turned over to third-party debt collection agencies. Twenty-three percent of consumers had one or more collection account on file as of April — down from 25.8 percent in 2017, according the report.

There’s also reason to believe more people are seeking credit responsibly. The percentage of the population with one or more “hard” inquiries posted to their file hit a four-year low of 42.2 percent, according to FICO.

Older people score higher in general than younger people, but the average FICO score shifted up this year four to five points for age groups across the board, according the report.

“Another potential driver of the continued increase in the national average FICO score could be increasing consumer education and awareness about their FICO score,” Dornhelm says in the report.

This summer, Discover Financial Services released a report that found 85 percent of U.S. consumers are aware of their credit standing. Research from FICO and Sallie Mae suggests that consumers who frequently check their FICO scores make better financial decisions and are more likely to have higher scores.

Consumers can also request free copies of their credit reports annually from each of the three major credit bureaus: Equifax, Experian and TransUnion. Copies can be obtained online at AnnualCreditReport.com. These reports do not provide consumers with their credit scores but rather the underlying payment and debt information that helps inform those measures.

You can also get your TransUnion credit report and score for free with Bankrate.