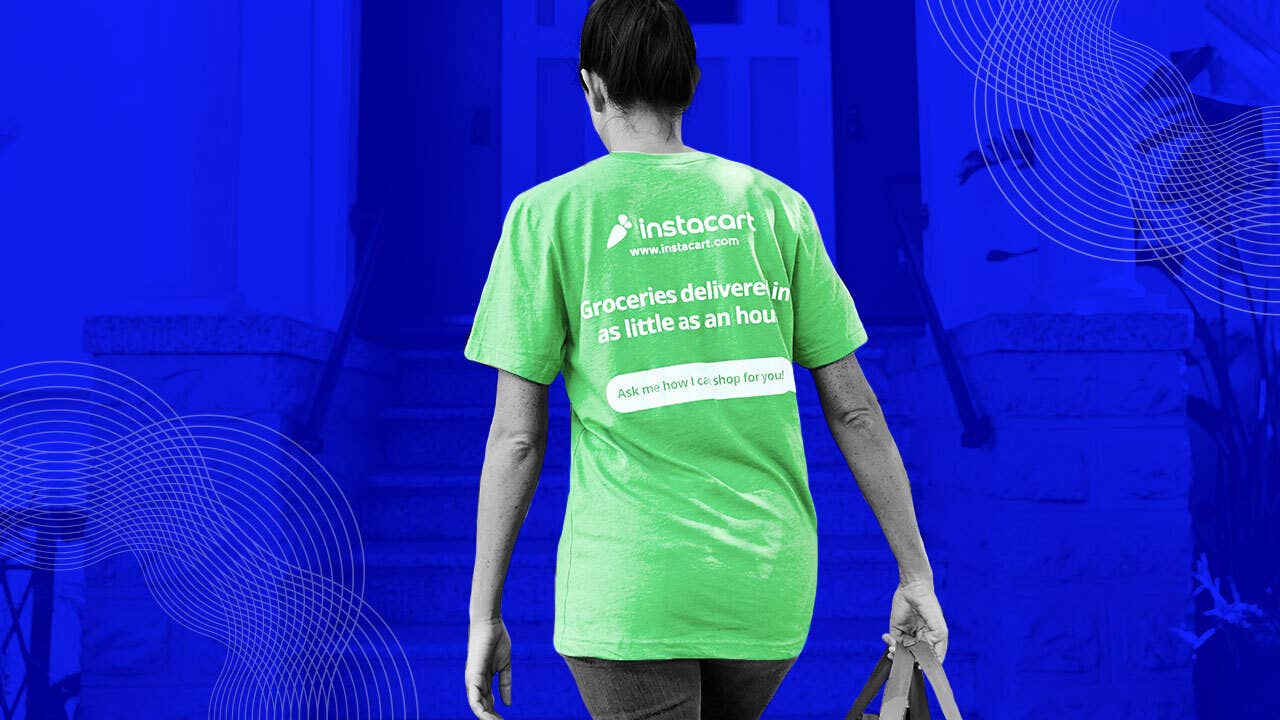 Photo Courtesy of Instacart/Illustration by Bankrate

As U.S. cities continue to shelter in place due to the novel coronavirus, the health of food delivery workers weighs on the conscience of many Americans.

According to a new survey from Bankrate, nearly one-third of U.S. adults who had groceries delivered feel badly asking others to risk their health to prepare and/or deliver food.

The survey also shows credit card usage at places like grocery stores and restaurants is up 70 percent compared to December 2019 Bankrate data.

Forty-nine percent of U.S. adults report that having food delivered stimulates the economy and keeps people employed, whereas 26 percent say they feel bad asking other people to potentially put their health at risk to prepare and/or deliver food. Twenty-five percent answered “don’t know.”

Of those who had food delivered, 62 percent say it stimulates the economy, 27 percent feel bad potentially risking others’ health and 11 percent “don’t know,” compared to 59 percent, 32 percent and 9 percent of adults who had groceries delivered.

When specifically highlighting U.S. adults who had groceries delivered, 83 percent experienced at least one problem, with the most common issues being:

Polite stereotypes aside, Midwesterners, in particular, are the most likely to complain about items being out of stock. Sixty-eight percent of Midwesterners did so compared to 52 percent of other regions.

Where and how Americans are purchasing food

Surprisingly, a large percentage of U.S. adults (72 percent) have bought groceries in person compared to 42 percent who used various forms of delivery. When looking at food delivery, in particular:

Further, older generations reported going to the grocery store more often than their younger counterparts. Seventy-seven percent of Gen X, 84 percent of baby boomers and 68 percent of the silent generation have bought groceries in person in April 2020 compared to 52 percent of Gen Z and 62 percent of millennials.

When it comes to paying for food, the use of credit cards has gone up significantly.

“That suggests to me that a lot of people don’t have the available funds to pay right now, so they’re financing these purchases with credit,” says Ted Rossman, industry analyst at Bankrate. “That also fits with our recent CreditCards.com survey which found 28 million Americans have added to their credit card debt over the past two months.”

Paving it forward: Here’s how you can give back

For some, leaving home isn’t an option (or would be a serious health risk), making the job of delivery workers key for those in need essential items such as food.

If you’re looking for ways to give back to food delivery workers, tipping — whether through the food delivery app itself or with cash — is a great option. In fact, the survey shows among those who had food delivered, 62 percent tipped more than usual (including 21 percent who tipped “much more”).

Charitable uses for your credit card

You may have noticed an increase in your own credit card use over cash as more and more transactions occur online. Whether you’re currently building up rewards or have a stockpile to work with, consider donating them as a rewards redemption option.

While this method won’t magically gift a worker your credit card rewards, you’ll still be providing help to an organization that needs it. Not every issuer offers donating rewards as a redemption option, but of those that do, a few are offering donation campaigns focused on coronavirus relief. American Express, for example, is matching up to $1,000,000 in cardholder point donations to Feeding America.

If donating rewards isn’t an option for you, consider redeeming your points, miles or cash back for gift cards and passing them out at your discretion. You may not get the most bang for your buck rewards valuation-wise, but you’ll still be putting your earnings toward the greater good.

While giving back monetarily is ideal, it’s important you organize your finances and calculate how much you can comfortably afford to part with before donating, says Rudy Villa, financial planner and founder of IMPACT Money Management.

“The most important financial goal for someone to complete before donating money is to create a monthly budget,” Rudy says. “… I wouldn’t want thoughtful and humble consumers giving money at the expense of not being able to provide groceries for their family or receiving a fee due to a late rent payment.”

Bankrate.com commissioned YouGov Plc to conduct the survey. All figures, unless otherwise stated, are from YouGov Plc. Total sample size was 2,659 adults, including 1,066 adults who had groceries or takeout delivered in April 2020. Fieldwork was undertaken on April 29 – May 1, 2020. The survey was carried out online and meets rigorous quality standards. It employed a non-probability-based sample using both quotas upfront during collection and then a weighting scheme on the back end designed and proven to provide nationally representative results.