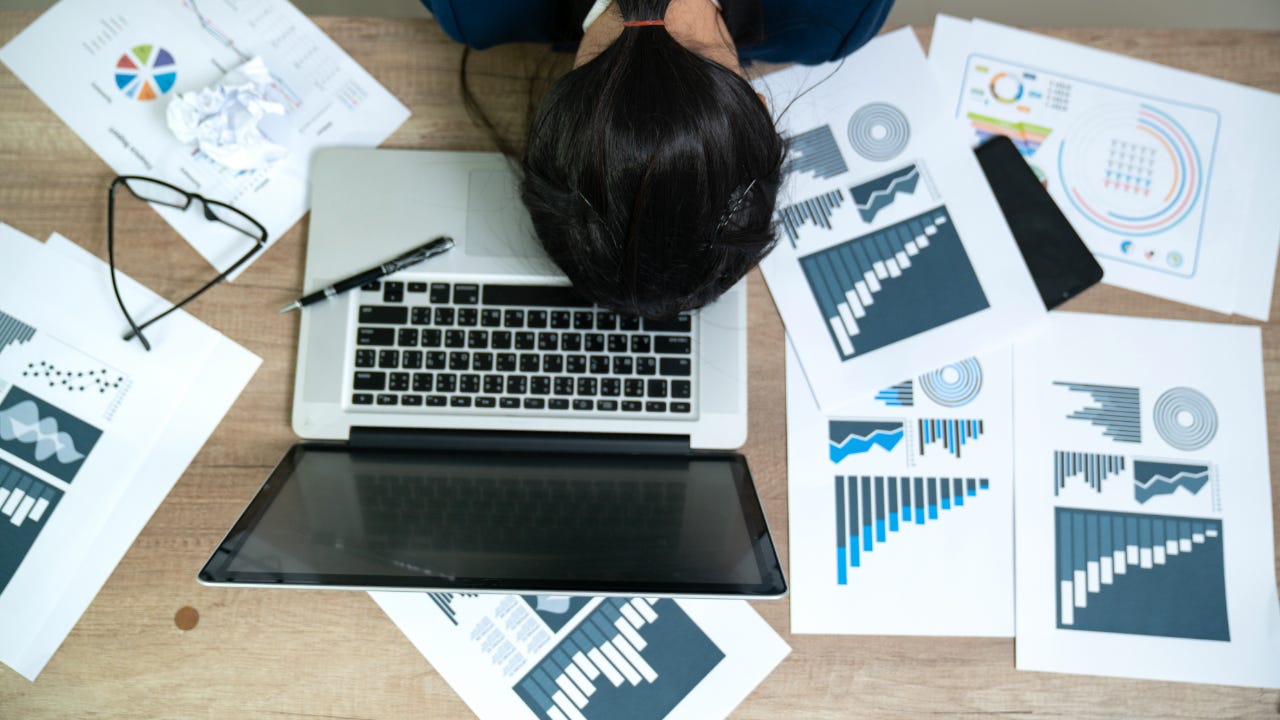 Many Americans admit to tossing and turning at night over their various worries, but a new Bankrate survey reveals that financial security may be one of the main culprits.

Fifty-six percent of adult Americans have lost sleep over at least one money issue, with nearly one in three losing sleep over everyday expenses.

Seventy-eight percent of U.S. adults are lying awake at night due to their finances, personal relationships and other worries. That’s an increase of 9 percent since Bankrate last conducted this survey in 2018.

According to the survey, money is one of the highest causes of sleep loss out of all issues surveyed. Americans say they’re losing the most sleep over everyday expenses, saving for retirement and healthcare.

“Devising a plan and starting to execute against it – piece by piece – is the best way to get things done,” says Rossman. “Simply getting started should help you begin to feel better and settle your racing mind. That holds true whether you’re worried about health, money, relationships, work or anything else.”

Generation X — those between the ages of 39 and 54 — make up 64 percent of those losing sleep at night over money issues. Fifty-eight percent of millennials (ages 23 to 38) and 54 percent of baby boomers (ages 55 to 73) are also affected.

Data as far back as 2015 shows Gen X is the least likely to gain financial security and most likely to report feeling stressed out about money compared to other generations.

Along with general money worries like everyday expenses weighing heavily on the minds of many, the outlook on credit card debt is also negative (perhaps unsurprisingly). According to the survey, 51 percent of Americans are pessimistic about their ability to successfully pay off their debt.

“With credit card rates at record highs, don’t delay,” Rossman says. “And if you carry a balance, don’t worry about rewards — prioritize your interest rate. Open a balance transfer card (0% offers are available for as long as 21 months) and figure out how much you need to pay every month to knock out your debt within that time frame.”

The Discover it® Balance Transfer, for example, can both aid in overcoming your debt worries and help you pay off credit card debt without accruing interest. With an 18-month zero percent introductory APR offer on balance transfers (13.49 percent to 24.49 percent variable thereafter), you’ll have the opportunity to work off your debt in 18 months, interest-free.

If your financial troubles are keeping you from sleep, it’s important to start working toward a solution sooner rather than later.

According to Dr. Gail Saltz, a clinical associate professor of psychiatry at the New York Presbyterian Hospital Weill Cornell Medical College, your late-night stress can be aggravated by an extended lack of sleep.

To get back into a worry-free financial mindset that helps you get better sleep for mental and physical health, Rossman suggests finding ways to raise your income ⁠— namely cash ⁠— or cut back on expenses.

One of the simplest ways to raise money is to gather and sell household items you rarely use.

Rossman suggests making it a family affair by asking your children to pick out items they don’t play with, wear or use often.

“Challenge your kids to round up toys, clothes, video games, etc. that they no longer use,” he says. “Hold a yard sale or sell stuff on eBay. Turning finance into a game can be fun, and the added benefit is that your kids will learn about money.”

In an effort to save money, Rossman recommends tackling your biggest expenses first to make the most impact on your wallet.

“I’m less concerned about the proverbial lattes and avocado toast and more interested in things like: can you cut a car payment by taking public transit or driving a cheaper used car instead? Can you plan a staycation instead of an expensive getaway this summer?” Rossman says.

He also highlights recurring monthly expenses ⁠— such as entertainment subscriptions or farm-to-table meal delivery kits ⁠— as an easy way to dial back on spending.

“Cutting a recurring monthly expense is especially beneficial because it yields savings month after month,” Rossman says. “This also applies to negotiating lower rates on your cell phone, cable package and car insurance.”

Start a side hustle

According to another recent survey by Bankrate, 34 percent of Americans use side hustles as a way to make ends meet and 30 percent use the money earned to pay for regular living expenses.

You might benefit from taking on an extra job to supplement your income, such as freelancing, dog walking or working a few shifts at your local coffee shop.

While Americans worry about a variety of issues, anxiety surrounding money remains at the forefront — but it doesn’t have to.

For credit card debt worries, look into balance transfer card options that include long introductory APR periods. To raise a little extra cash for everyday expenses, sell a few household items you no longer use, cut unnecessary expenses out of your life or consider starting a side hustle.

In doing so, you can earn enough additional cash to help put your financial worries to rest.

Bankrate.com commissioned YouGov Plc to conduct the survey. All figures, unless otherwise stated, are from YouGov Plc. Total sample size was 2,504 adults. Fieldwork was undertaken on May 29-31, 2019. The survey was carried out online and meets rigorous quality standards. It employed a non-probability-based sample using both quotas upfront during collection and then a weighting scheme on the back end designed and proven to provide nationally representative results.