What is the average credit score and how can you improve yours? 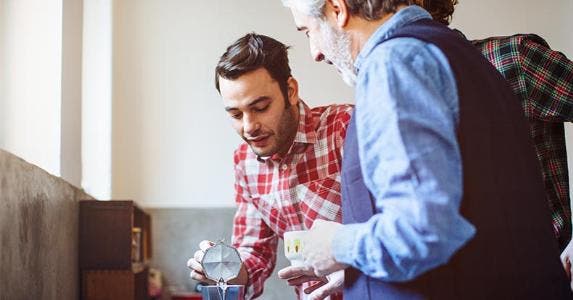 For many folks, keeping up with the Joneses is all about having the biggest house, flashiest car and best job.

However, others — who are perhaps more financially astute — might prefer to lay claim to the best credit score.

But before aspiring to be king of the credit mountain, it’s probably wise to simply pinpoint the average credit score and see if yours is above or below the number.

What is the average credit score?

A number often used to illustrate the state of credit use among American consumers.

The most widely used credit score — the FICO score — is calculated by “dividing the sum of all U.S. consumers’ FICO scores by the number of consumers included in the calculation,” according to MyFICO. The two best-known credit scores are the:

Lenders look to several different credit scores when sizing up potential customers, but the FICO score and the VantageScore are perhaps the 2 best known.

Unveiled in 1989, the FICO score remains the credit score standard bearer. In fact, 90% of the largest financial institutions in the U.S. use FICO scores when making consumer credit judgments, according to myFICO, the consumer division of FICO.

The FICO score ranges from 300 to 850. If you use FICO as your benchmark, the average credit score is 695, according to the latest figures from myFICO.

The 3 major credit reporting companies — Equifax, Experian and TransUnion — created the model for VantageScore in 2006, and have tweaked it a bit since then.

Like the FICO score, the latest model of the VantageScore ranges from 300 to 850. If you use VantageScore as your model, the average credit score is now 673, according to Kelsey Audagnotti, a spokesperson at Experian.

In recent years, average credit scores have been climbing. For example, there has been a slow and steady rise in the average FICO score — from a recent low of 686 in October 2009 to today’s 695.

Improving U.S. consumer credit quality — especially a steady decline in delinquency rates — is the main factor behind this rise in the average score, says Can Arkali, principal scientist at FICO.

Today’s average VantageScore also is on the rise. The 673 average score is up from 666 in 2014. In its 2015 “State of Credit” study, Experian noted that the rise in the VantageScore was a result of improving credit conditions.

By contrast, the cities with the worst average credit scores are all found in the South and West. Greenwood, Mississippi, finished at the bottom, followed by Albany, Georgia, and Riverside, California.

Overall, the climb in average credit scores may be leveling off now that the economy has stabilized.

Now that you know the average credit score, you can take steps to improve your own score. Jeff Richardson, a spokesman at VantageScore, says there are several ways you can raise your credit score:

You can also track your credit score for free at myBankrate.

MyFICO echoes those tips, but also notes that it can take time to improve a credit score once it has been damaged.

For example, if you pay off a collection account, it will still take 7 years before the bruise to your credit completely heals and fades from your credit report.

So, whether you are simply building a credit history from scratch or trying to recover from credit mistakes, patience is key. MyFICO notes that older credit problems do not impact your score as much as more recent credit activity, so your score will improve over time as you handle credit more responsibly.

Practice good credit habits and you will be well on your way to an average credit score — or something much better.