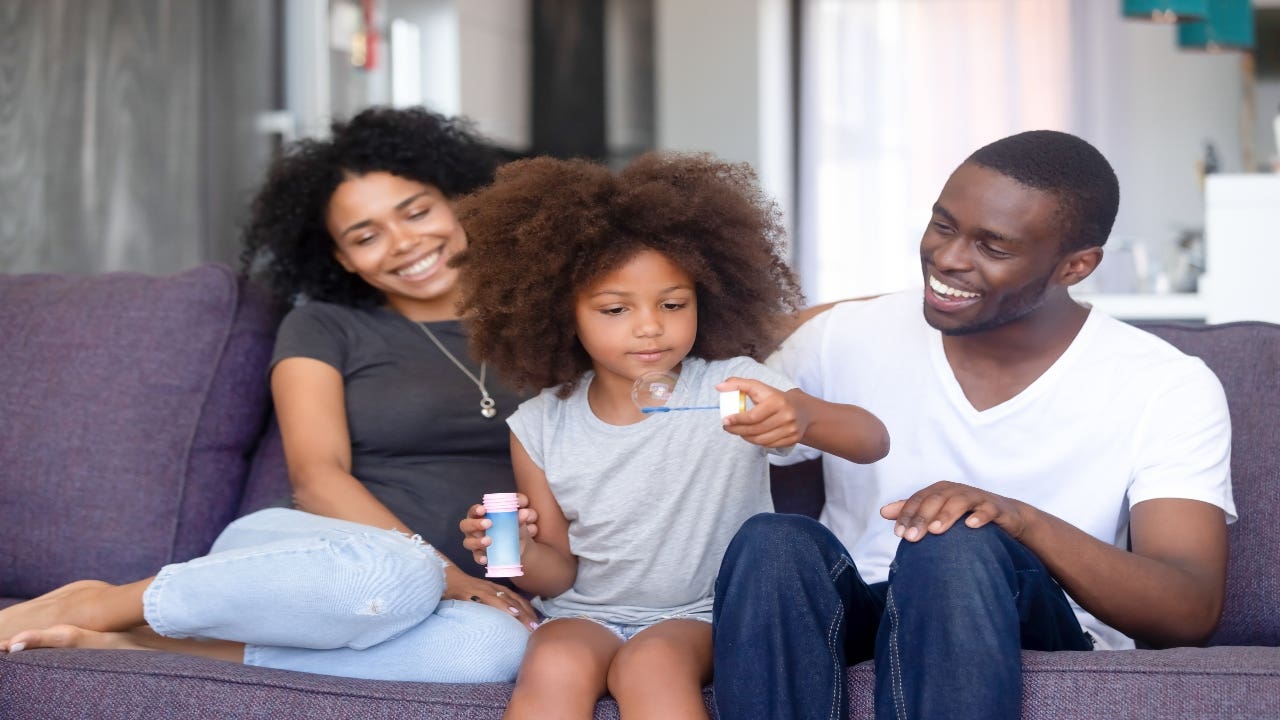 Kristina Murray recently bought a Cincinnati duplex, a purchase that placed her among a select group of African-Americans who own homes. In a troubling trend that has confounded policymakers and frustrated advocates, the Black homeownership rate stands at just 44 percent, nearly 30 points below the level for white Americans.

Those stark numbers reflect the myriad challenges faced by African-Americans who aim to make the transition from renting to owning. Homeownership is routine for white families but not as common for Black households.

When Murray, a mental-health therapist, decided to start saving for a down payment, she had to look beyond her family and social circle for guidance. As a child, Murray always lived in rentals. As an adult, her mother worried that buying a house could prove a risky move for her daughter.

“People in my life aren’t used to purchasing homes,” Murray says. “I feel like in the African-American community, it’s not spoken about a lot.”

That’s a harsh reality for many African-American families, says Donnell Williams, a New Jersey Realtor and president of the National Association of Real Estate Brokers, an organization of Black housing professionals. “I know people whose entire lineage has never owned a home,” he says.

Williams fears the coronavirus pandemic will worsen the homeownership rates among Blacks. African-Americans have disproportionately fallen ill to COVID-19 and have proven more vulnerable to losing jobs in the accompanying recession. “COVID-19 hit us the hardest,” Williams says.

Black unemployment rose to 16.8 percent in May, while the white jobless rate fell to 12.4 percent, according to the U.S. Labor Department. What’s more, the recession has pushed lenders to raise minimum credit scores for mortgages, a move that means many would-be buyers no longer qualify for Federal Housing Administration (FHA) loans, the preferred mortgage program for buyers with spotty credit histories and little savings for down payments.

“Because of COVID-19, they have tightened up the parameters to get a mortgage,” Williams says. “Not only do I get sick, not only do my parents get sick, but now they’ve moved the score out of reach. It’s no longer 620. Now it’s 660.”

Why homeownership is a persistent challenge

The Fair Housing Act of 1968 outlawed housing discrimination nationally. A half-century later, mixed-race neighborhoods are more common, and discrimination in housing is less overt. Even so, African-Americans have struggled to keep pace in an economy where gains in home prices have outpaced wage gains.

The homeownership gap is especially wide in some parts of the U.S. The Urban Institute says the biggest divide is the 51-point gap between white and Black homeownership in Minneapolis, the city where the May 25 death of George Floyd at the hands of a white police officer sparked national outrage.

A lost generation of homeowners

Black homeownership briefly flirted with 50 percent during the housing boom. However, when the subprime lending bubble burst, Black borrowers bore the brunt. Because African-American homeowners tend to make smaller down payments, they’re more susceptible to shocks such as the Great Recession, which caused home values to plummet.

Instead, African-American homeownership lags behind, and those who do buy homes tend to wait until middle age. “The average age of an African American when they buy their first home is 48,” Williams says. “Holy mackerel. We have no time to build equity.”

‘House Then the Car’

To close the homeownership gap, Williams and the National Association of Real Estate Brokers have launched House Then the Car, an initiative to urge Black consumers to prioritize wealth-building assets over depreciating ones. The education effort targets 1.7 million Black millennials who earn steady incomes but don’t own homes.

Williams says the program aims to coach Black consumers about the importance of frugality in achieving long-term financial goals. “I’m not saying don’t buy a car,” he says. “Please get to work.” In other words, buy a used Toyota, not a new Lexus.

Chris Hogan, an African-American financial coach and author, espouses a similar philosophy. “Debt is the thing that’s really standing in the way of people buying homes, keeping homes and being able to build wealth,” he says.

Murray, the Cincinnati mental-health therapist, serves as an example that homeownership is an achievable goal for young African-Americans. She was just 28 when she bought her property. So far, so good, Murray reports. The tenant in her duplex covers most of her mortgage, and now she’s looking for another property.

Before she could buy, Murray had to get her finances in order. “I had made a lot of mistakes in college,” she says. While a student at the University of Kentucky, Murray skipped a car insurance payment and didn’t pay several medical bills.

As a result, her credit score fell to 607. However, after diligently managing debt and paying bills, she boosted her score to 760.

It’s not uncommon for African-American homebuyers to need time to get their finances in order. “Sometimes I’ll work with my folk for a year or two before they’re ready to purchase,” Williams says.

The foreclosure crisis illustrated the importance of preparing for homeownership. Losing a home to foreclosure is even more devastating that not owning a home at all.

How to prepare for homeownership

Three steps to take before shopping for a home: