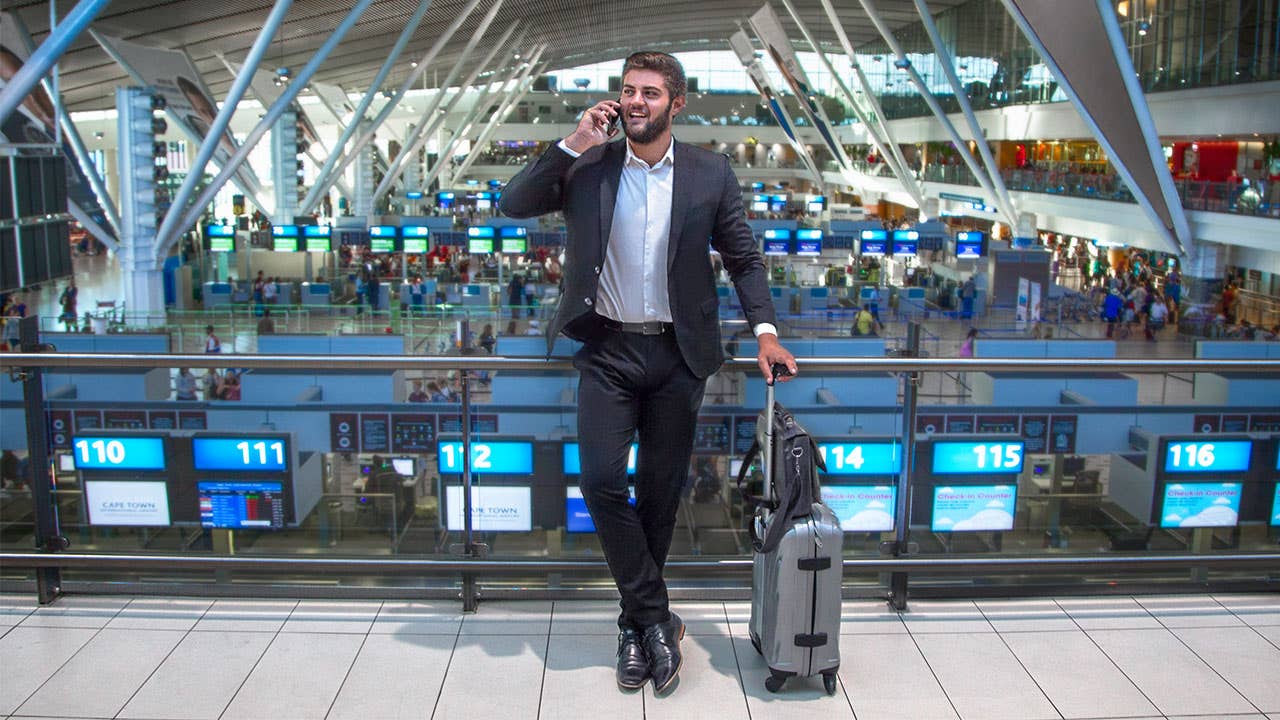 If you’re traveling for the holidays, you might have to let your bank know where you’re headed.

But this year, rather than call and set a travel alert, your bank may want you to do something a little different. Banks are increasingly asking you to share your location through your smartphone.

That might seem creepy, even for an institution you trust. Do you really want to give your bank the ability to track where you are?

Ultimately, sharing your location with your bank is an exchange of value. You need to decide if the benefits outweigh the perceived cost of what you’re giving up.

There is perhaps no better case for letting your bank know where you are than fraud protection. By sharing your location with your banking app, the bank can sync up where your phone is with where your card is. When an unauthorized charge is made in a location different from the one you’re sharing, the bank can automatically detect it and decline the charge.

U.S. Bank is one of the more progressive banks using geolocation in this way. Recently, it rolled out location-based monitoring for all of its debit and credit cards, says Dominic Venturo, chief innovation officer at the Minneapolis-based bank.

If you’re concerned the bank is tracking your every move, Venturo says don’t be. The app is only recording your general location, he says. For instance, using cell towers, the bank might know you’re in Chicago, but doesn’t care if you’re on the northwest corner of Addison Street and Sheffield Avenue.

“It’s not a (record) of all the places you’ve been. It is where you are relative to cell towers,” Venturo says.

Credit Human Federal Credit Union in San Antonio, Texas, allows its members various types of card controls through a separate app, including location-based restrictions. For instance, a user can set their card to be accepted only within a mile radius of their mobile phone.

When you’re about to swipe your card for tapas in Barcelona, how does the bank know it’s you and not a Catalonian credit card thief? One way is to tell your bank ahead of time that you’ll be traveling.

Most banks suggest you set up a travel alert by contacting the bank so that your purchases in a city you’re visiting aren’t declined. But that involves work; ostensibly, it’s easier to share your location with your banking app and let your bank do the work in the background.

To make the experience seamless, Venturo says that it works best when you share your location always, rather than just when you’re using the app. If you have to pull out your phone, open your app and let it gather your location, you might as well have put a travel notice on your account.

But Venturo understands the trepidation. If customers are uncomfortable, they can always turn off the tracking and tell the bank when they are traveling.

The average cost of an out-of-network ATM withdrawal was $4.69, according to Bankrate’s 2017 checking account survey.

Obviously, the easiest way to avoid that fee is to use your bank’s ATMs, but you might not know where one is. Letting your bank have access to your location, even momentarily, could quickly tell you where the nearest ATMs are.

Similarly, Bank of America uses geolocation to give discounts or cash back at various retailers through its BankAmeriDeals program. When you share your location with the Bank of America app, BankAmeriDeals can help you find deals nearby, says Brent Reston, head of digital sales at B of A. The program has helped customers save more than $100 million since its launch in 2012, Reston says.

In general, privacy experts say that if there is anyone you’re going to trust with your location data, it’s the place where you keep your checking or savings accounts.

“Banks are pretty trustworthy on the scheme of things,” says Bruce Schneier, a fellow at the John F. Kennedy School of Government at Harvard University. “Next to Uber, they are gods.”

That’s partly because they already have an incredible amount of data on you, such as where you spend. You also have some inherent trust in them since you place your money there. And they are highly regulated. In other words, they likely won’t do anything nefarious with your location data.

Albert Gidari, the director of privacy for the Center for Internet & Society at Stanford Law School, agreed that most of the bank’s efforts with geolocation are “innocuous.”

But he added that the always-on function seems excessive. After all, is calling your bank to tell them you’re traveling that much of an inconvenience?

“If this is just for the occasional trip abroad, well, that’s a lot of continuous data flow for very little benefit to the user,” Gidari says. “Perhaps they are discarding the location information otherwise — hard for me to see the business case here unless you are trying to build a location profile of your customer base.”