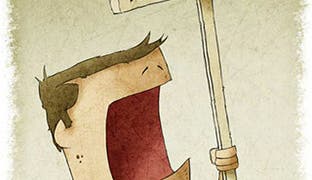 Many people believe that Social Security will be bankrupt by the time they retire. In fact, a recent survey conducted by Bankrate found that nearly a quarter of Americans expect to receive no benefits from Social Security.

Those fears are not entirely unfounded.

Things are not looking good for the embattled entitlement program. If the story of Social Security were a movie, it would be late in the second act as the hero struggles valiantly against the nefarious evil forces of apathy.

The 2014 report from the trustees of the Social Security program estimated that the trust fund reserves will run out in 2034. That means Social Security won’t be able to pay full retirement benefits starting in 2033.

The three colliding factors are:

Here’s the problem: “The new formula for determining initial benefits was set to grow substantially faster than price inflation because the benefit formula was tied to the growth in the average wage index, which tends over long periods to grow faster than consumer prices,” Blahous says.

So … what does that mean for my benefits?

The outlook for Social Security is grim, but it’s not so bad that people retiring in 20 years won’t see anything from the program.

“Young people probably needn’t fear that Social Security will cease to exist, but the chances are rising that it will be a very different kind of program in the future,” Blahous says.

When the reserve runs dry, the money washing in from current workers would be enough to pay 77 percent of benefits, according to the 2014 trustees’ report. But realistically, in the mid-2030s, politicians are unlikely to slash the benefits received by retirees who have been counting on Social Security.

“In a practical sense, the greater risk is that lawmakers will choose to abandon Social Security’s historical financing structure in which it has been required that worker contributions be sufficient to finance benefits over the long run,” says Blahous.

In resolving Social Security’s projected shortfall, the problem is not a lack of ideas but the political will to bear down on a problem 20 years down the pike.

“The interesting thing is that it’s pretty straightforward to fix. Not easy — but compared to solving the longer-term problems facing Medicare, it’s clear,” says Andrew Eschtruth, associate director for external relations at the Center for Retirement Research at Boston College. He co-authored the center’s booklet “The Social Security Fix-It Book.”

Either Social Security must pay somewhat less in benefits or Americans will have to pay more in taxes, according to Eschtruth. Or some combination of the two.

He says lawmakers could implement a number of policy actions.

“Now people pay Social Security tax on the first $118,500 of earnings. Some proposals would raise that cap so people would continue to pay on a larger dollar amount of earnings. That is another way of raising earnings that get taxed,” says Eschtruth.

But neither of these is a perfect solution.

“The more popular option appears to be increasing the amount of worker wages subject to the tax — though that option has problems that are underrated. Because benefits are based on taxable wages, if you expose more wages of high-income people to the tax, you either pay high-income people benefits they don’t need or sever the contribution-benefit connection and thus end Social Security’s ‘earned benefit’ ethic,” Blahous says.

What if nothing gets done?

Something will definitely be done to fix Social Security. The question is, when? If politicians don’t act until the last minute, Social Security may turn into a different beast than the widely accepted program it is today.

“The risk is rapidly rising that the historical financing structure will not be sustainable. We had a critical window of opportunity in the last few years to deal with it, and we appear to have missed it. It might have been our last chance to bolster Social Security for the long term with the financing methods that have been in place to this point,” Blahous says.

For now there’s nothing to be done until Congress acts. It’s not as if lawmakers are unaware of the problem.

“We’re working all the time to get Congress to make the changes sooner. They haven’t been extremely responsive,” says Donald Fuerst, senior pension fellow at the American Academy of Actuaries.

“The important thing is addressing the issue soon. When we tell people about saving for retirement, we say, ‘Save more and earlier,'” he says.

No matter how the government addresses the growing shortfall in Social Security, one thing is clear: Americans have to save more for their retirement because the future is uncertain.