The 10 oldest hotels in America 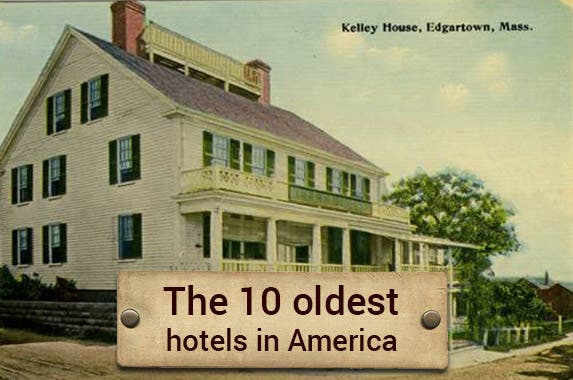 The 10 oldest hotels in America

To be considered one of the Historic Hotels of America, a program of the National Trust for Historic Preservation, a property must be at least 50 years old and recognized as having historic significance.

Of the more than 200 hotels in this elite group, these 10 have roots that date back the furthest, starting in the 1600s. 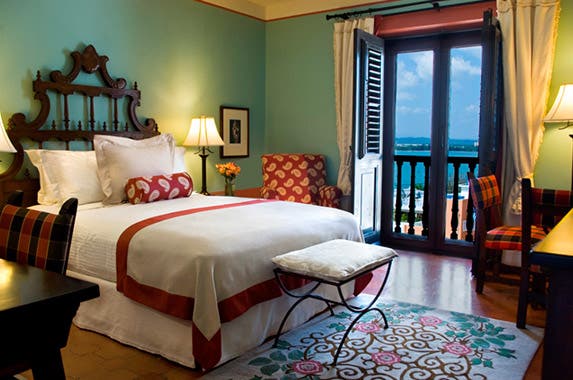 The Story: Across the street from San Juan Cathedral, the Western Hemisphere’s oldest cathedral is a former Carmelite convent. It became a hotel in 1962, after housing nuns for 252 years and serving as a retail store, dance hall and flophouse. 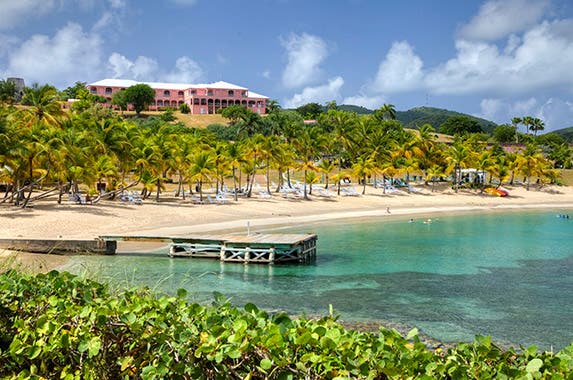 Photo courtesy of The Buccaneer

The Story: The first building on this site was constructed by Charles Martel, a knight of Malta, and it was designed to be invisible from the sea and the pirates who plundered there. The property was a sugar mill, and later, a cotton and cattle farm before becoming a hotel in 1947. 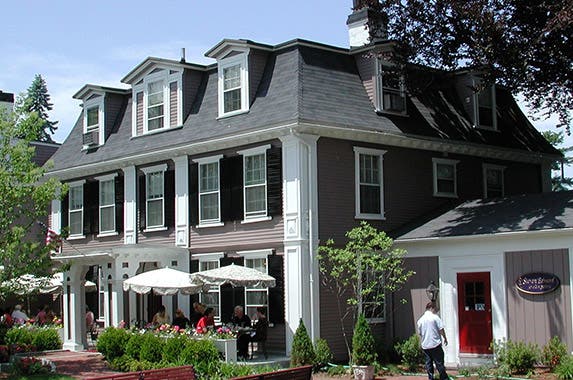 The Story: Concord’s fame is derived from its involvement in the American Revolution, when it was used as a storehouse for arms and provisions. It’s been a hotel since 1889.

Fun Fact: The property once served as a residence for American author and philosopher Henry David Thoreau from 1835 to 1837. 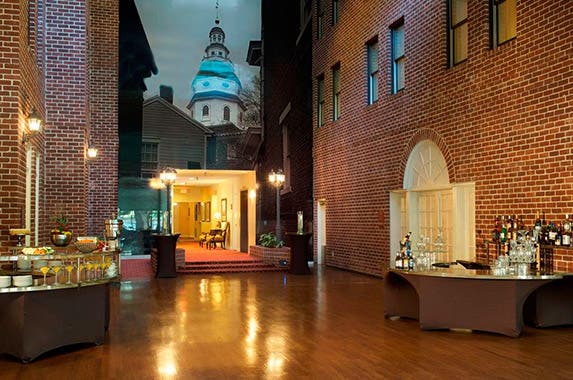 The Story: A collection of three boutique hotels — The Maryland Inn, Governor Calvert House, and Robert Johnson House — the Historic Inns of Annapolis have housed plenty of prominent politicians over the years, including delegates of the 1783-1784 U.S. Congress. Benjamin Franklin and John Adams drank beers together here.

Fun Fact: Two of the inns face the state capitol, where the Treaty of Paris was ratified in 1784, officially ending the American War for Independence. 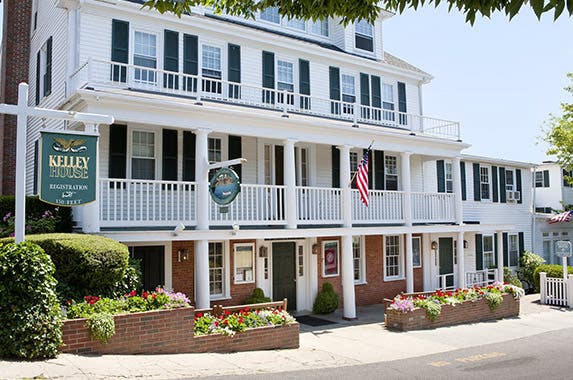 The Story: There isn’t much information available on architects Milton and Sweet, who constructed what’s now known as the Kelley House, but the much-mimicked rooflines of this iconic Martha’s Vineyard establishment are a testament to their skill.

Fun Fact: In 1975, some of the crew of the movie “Jaws” stayed at the Kelley House, where actor Roy Scheider started a food fight. 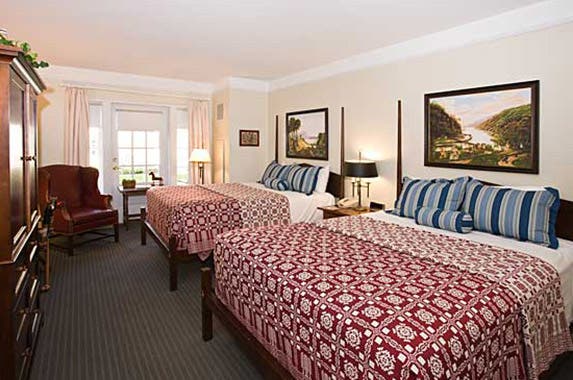 The Story: The Colonial Houses scattered throughout Colonial Williamsburg are original 18th-century buildings that feature period reproductions and antiques. The Williamsburg Lodge was added in 1939 and is decorated in classic Virginia style. 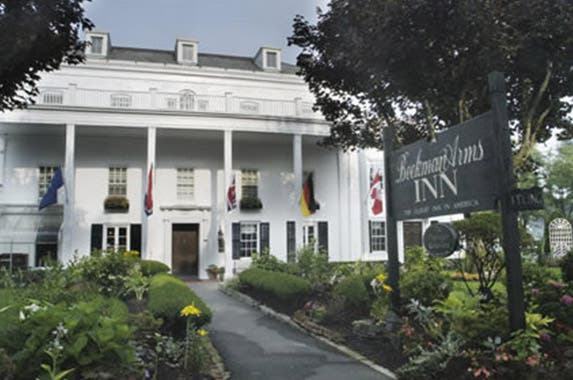 The Story: The 23-room Beekman Arms bills itself as America’s oldest continuously operating inn. With a front-row seat to the American Revolution, it was inside the inn that rivals Aaron Burr and Alexander Hamilton exchanged insults before their infamous duel.

Fun Fact: Franklin Delano Roosevelt was a frequent guest at the Beekman Arms and began every run for governor and president from the front porch. 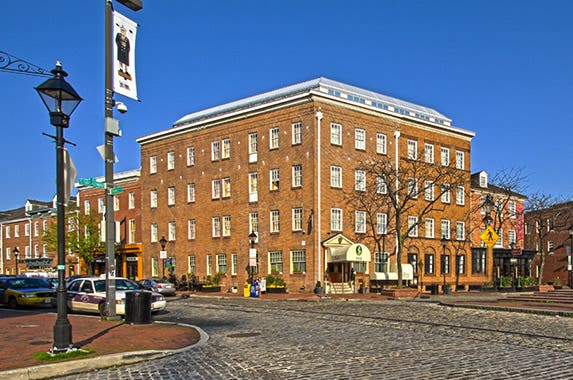 The Story: Seven buildings make up the Admiral Fell Inn. The central building, then known as the Anchorage, was a boarding house for sailors who wanted a safe refuge while in the rough waterfront area. Sailors were deloused before staying the night. 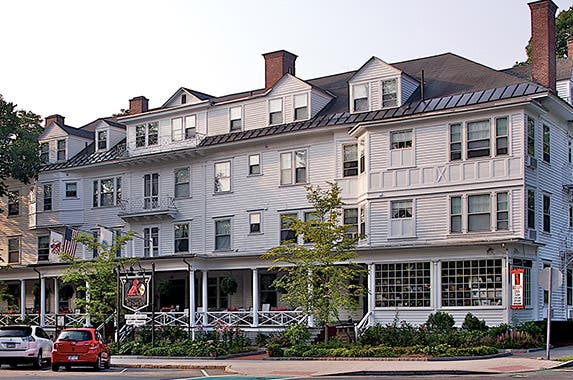 The Story: Started as a tavern in colonial times, the inn has hosted five presidents and numerous other notable figures, including Nathaniel Hawthorne, William Cullen Bryant and Henry Wadsworth Longfellow.

Fun Fact: The inn was immortalized by Norman Rockwell in his painting “Stockbridge Main Street at Christmas.” 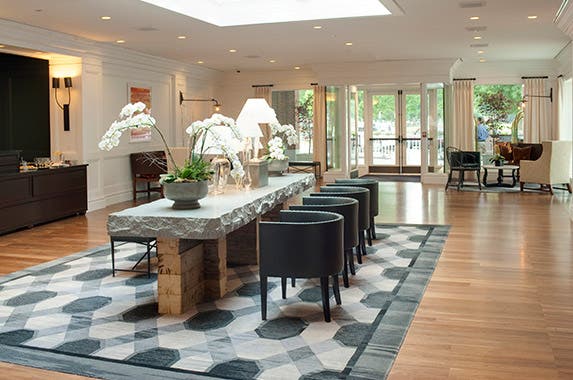 The Story: Once the site of the home of Gen. Ebenezer Brewster, a former Dartmouth College steward, the Hanover Inn has retained ties to the Ivy League college throughout its history.

Fun Fact: Class gifts like a vintage weather station are on the property, which is located directly on the Appalachian Trail. 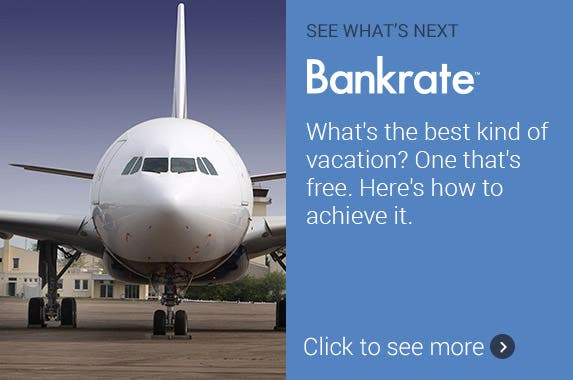 What’s the best kind of vacation? One that’s free. Here’s how to achieve it.