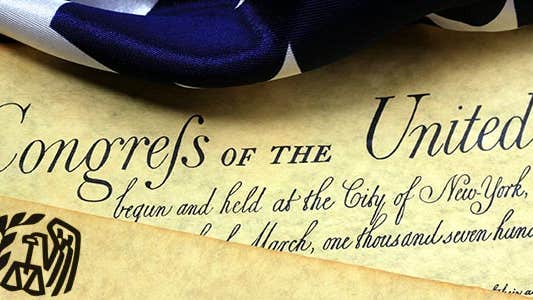 An informed taxpayer is the Internal Revenue Service’s best resource. That’s the idea behind the tax agency’s announcement today that it has formally adopted a Taxpayer Bill of Rights.

The rights document, adoption of which was Olson’s number one recommendation in her latest annual report to Congress issued in January, distills taxpayer rights that are already statutorily guaranteed, but scattered throughout the Internal Revenue Code.

Now in one document, IRS Publication 1, they are:

“Each is in our tax code, but they are not easy to find or understand in that form,” says Koskinen. “They now are highlighted and showcased in a clearer and more understandable format.”

Koskinen says since he took over in December 2013 as head of the tax agency, his talks with more than 10,000 IRS employees in 28 offices nationwide were key to his decision to adopt the taxpayer rights document now.

A consistent theme in those discussions, says Koskinen, was IRS employee difficulty in providing taxpayers services. That concern, he acknowledged, generally was put in the context of not having enough resources. However, given Congressional resistance to increasing the IRS budget, the new commissioner opted to explore what the agency could do with current resources.

“I sat down with Nina and said let’s look at those things we can do without more resources,” Koskinen says. “The taxpayer bill of rights was the first.”

A clarification of individual taxpayer options when dealing with a tax problem also seemed a good idea since around 30,000 taxpayers will soon be getting IRS notices with questions about their most recently filed returns.

Each of those individual notices will include a copy of the new version of Publication 1.

If taxpayers want more than what’s in the paper document, they can go online.

In addition to the IRS’s special taxpayer rights Web page, the Taxpayer Advocate’s website provides additional explanations and examples for each right.

Having their rights spelled out, says Koskinen, also should help underscore the goal of equitable application of the nation’s tax laws. “Folks don’t have to worry that they need a fancy lawyer to be assured of paying only their fair share,” he says.

Olson praised Koskinen for unilaterally adopting the taxpayer bill of rights, a proposal she made not only this year, but also in her 2007 and 2011 recommendations to Congress.

The IRS action, however, essentially is symbolic and educational. Publication 1 does not include any rights that don’t already exist. And Koskinen acknowledged that there is no enforcement mechanism to ensure IRS employees follow the document in their dealings with taxpayers.

Still, says Olson, the formalization of taxpayer rights should not be discounted.

Taxpayer knowledge is critical, says the National Taxpayer Advocate, especially in light of a 2012 survey of taxpayers about their rights in tax dispute situations. Only 11 percent of taxpayers knew they had any rights in dealing with the IRS. Another 54 percent thought they had no rights at all.

“It’s symbolic in the same way that the U.S. Bill of Rights is,” Olson says. “If you don’t know what your rights are, you will never avail yourself of your rights and things will happen to you.”

Message to Congress, too

Olson and Koskinen did not discuss today’s announcement with Congress’ tax-writing committees beforehand, but Koskinen says he’s “sure that it will come up now.”

“My experience of dealing with members is that they will be very supportive,” Koskinen says. “They are worried about a range of issues that affect taxpayers and their rights,” he says, citing questionable tax preparers, identity theft and improper tax credit and deduction claims.

The right to quality taxpayer service also means that the IRS needs to be funded at the level to do that, says Olson. “The question then becomes, what is the correct level of funding?”

Now the IRS commissioner, Taxpayer Advocate and taxpayers must wait to see how the House and Senate answer that question.