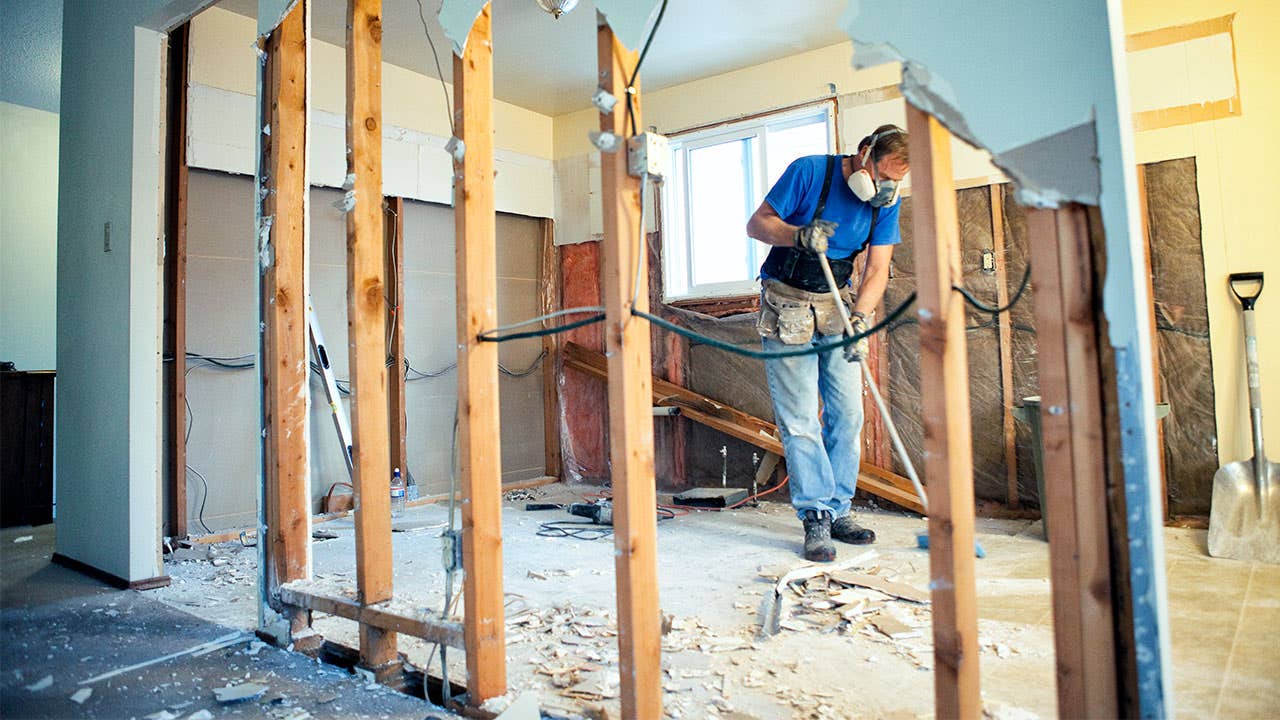 With homeowners staying in their homes longer these days, it’s no surprise that they’ve dropped a lot of cash on big-ticket home improvements in recent years. But new research suggests homeowners are pumping the brakes on how much they’ll shell out for remodeling projects this year.

After home remodeling spending hit a record high of nearly $425 billion in 2017, annual gains are projected to slow in more than half of the nation’s largest housing markets in 2019, according to a report from the Remodeling Futures Program at the Joint Center for Housing Studies of Harvard University.

The pace of spending by homeowners is expected to cool in 29 of the 49 major metros the Remodeling Futures Program tracks in comparison to 2018 gains. What’s more is researchers estimate the annual growth in home improvement spending will fall to the lowest rate in three years in nearly half of the housing markets studied.

[Read more: Smart ways to use your equity for home improvements]

In some housing markets, though, remodeling spending will actually see an uptick, according to the report.

“Despite the broader deceleration, remodeling gains should remain strong and even accelerate through year-end in some areas of the country, including Orlando and Las Vegas where remodeling permitting, house prices and homebuilding have picked up,” says Elizabeth La Jeunesse, senior research analyst in the Center’s Remodeling Futures Program.

“Regionally, the strongest growth in 2019 is expected to be among metros in the West, paced by projected growth of 8 percent or more in Sacramento, Denver, Seattle, Tucson, San Jose and Las Vegas.”

Several forces on a macroeconomic level are giving homeowners pause before pursuing big-ticket projects, such as kitchen upgrades or basement finishing.

“Metros with cooling home prices and sales activity are not able to sustain the same pace of investment in home improvements as in recent years,” says Chris Herbert, managing director of the Joint Center for Housing Studies.

Indeed, home-price growth rose by just 3.7 percent in March on an annualized basis, marking the 12th straight month that price growth has slowed.

Other factors at play on a microeconomic level suggest there are constraints within the remodeling industry that are impacting homeowners’ spending.

On the supply side, existing tariffs on materials such as timber, aluminum and steel have driven up the cost of home improvement projects, according to a recent CNBC report. Furthermore, President Donald Trump’s threat of proposed tariffs on Mexico would drive up the cost of materials like brick and concrete dramatically, says Robert Dietz, chief economist with the National Association of Home Builders.

Ultimately, those increased material costs will be passed down to homeowners looking to do renovations.

On the demand side, homeowners are seeing cooling home prices as a catalyst that’s likely to reduce their household net worth — an important driver of remodeling spending, Dietz says.

“A good deal of remodeling activity occurs right before a home is put on the market and right after a home is purchased,” Dietz says.

That aside, though, Dietz adds: “In hot markets, remodeling will remain hot.”

Another issue throwing a wrench into home remodeling demand — and costs — is a severe shortage of skilled laborers, Dietz says.

“Most individual remodelers will say they’re busy and schedules are full because they don’t have enough help,” Dietz says.

Construction hiring remained relatively flat in May, up by more than 4,000 positions, following an increase of 30,000 jobs in April. Although the construction industry is poised for higher-than-average growth of all jobs in the next seven years, contractors are struggling to attract younger, native-born workers into those positions, Dietz says.

“A persistent shortage in skilled laborers in construction jobs is nothing new,” Dietz says. He adds that labor shortages typically prompt remodelers to pay higher wages, which in turn means customers pay higher prices and it takes longer to finish improvement projects.