How to retire early: What you need to know about the FIRE movement 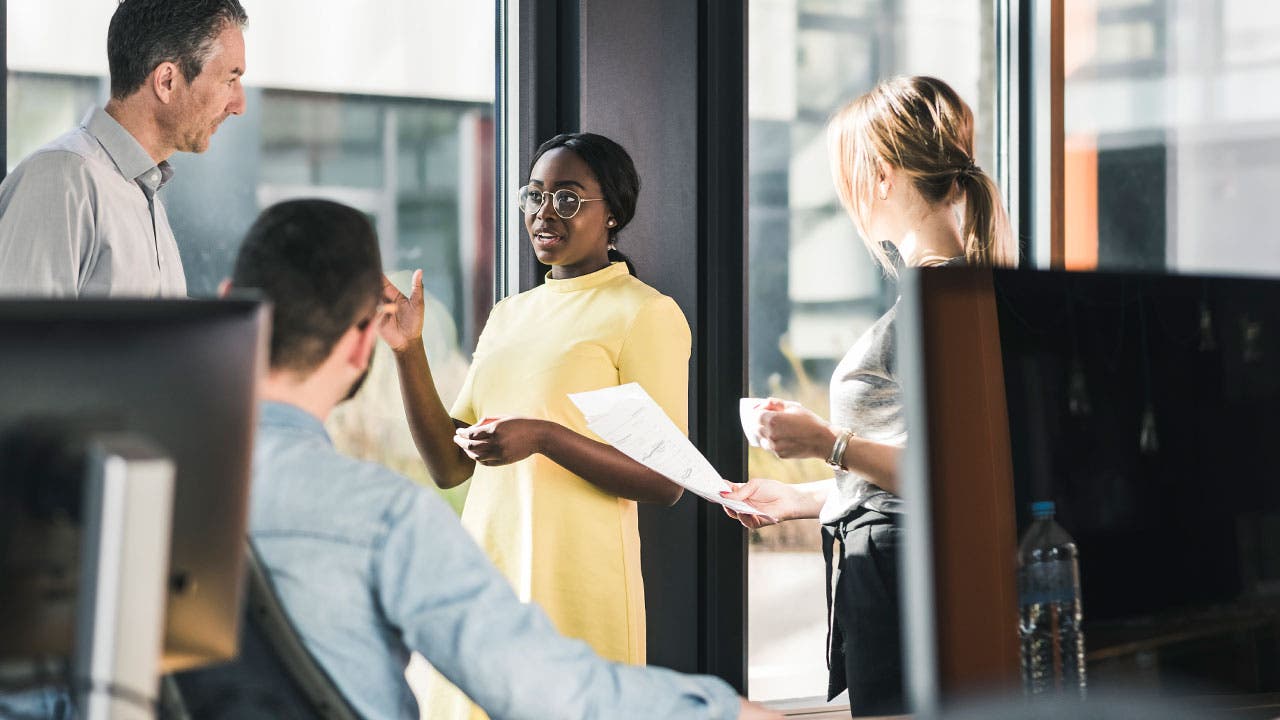 There might not be anything that’s stoked more discussion in the personal finance world recently than the movement of extreme savers to retire early. This movement – dubbed “financial independence, retire early” or FIRE – has many adherents that keep to a frugal lifestyle in order to quit the working world for good, or so that they can have a work life on their own terms.

The measures taken by some FIRE advocates – which some people might call extreme – has provoked debate. While advocates of retiring early are likely to be aggressively saving their money, skeptics charge them with being unrealistic, quitting the rat race before they really have enough cheese.

So this series of articles demystifies FIRE, showing you how real people are making early retirement a reality, looking at the tools they use, and the sacrifices they make. Bankrate also looks at how they’re preparing for an economic slowdown and what you can do, too.

FIRE catches a lot of negative press because opponents say that it advocates unrealistic goals and that it’s based on untenable financial assumptions. But the FIRE movement centers around taking control of your financial future, developing and using detailed financial plans and models, and avoiding mindless spending on material goods or wants that some see as necessities.

Many FIRE advocates also say that the movement has focused them on enjoying what they have, rather than desiring what they don’t have, increasing their happiness. They actually find joy in saving for financial independence, and stereotypically count what percent of their money they’re able to save. In the FIRE community, it’s a source of pride to save, rather than spend.

But for other FIRE practitioners, it’s about living the life that they want to lead, rather than the life that society says will make them happy. Billy and Akaisha Kaderli are among the first to undertake a “retire early” lifestyle, retiring from jobs in the brokerage and restaurant industries. In a sense, they’re legit FIRE starters. They’re now writing books on personal finance, medical tourism and world travel.

“We had a fateful conversation together when we were 36 years old, where we decided to change our lives, quit our careers and travel the world,” the couple says. “Once that was decided, we eliminated our gardening service, maid and other non-essential luxuries — like $100 bottles of wine, eating lunches out with colleagues four times a week, and frivolous clothes shopping.”

“At the time, we didn’t know we were saving for FIRE, it was just a lifestyle,” they add.

Of course, arriving at the financial future you want is not luck but requires a lot of hard work and planning. To save more without feeling the pinch, FIRE advocates may trade more expensive pleasures for similar cheaper ones – meals at home instead of dinners out, inviting friends to their house instead of to the bar, buying well-maintained used cars instead of new ones.

In short, FIRE proponents do many of the things that we all do, but they find ways to do it cheaper without ruining their enjoyment. Then they roll those savings into investments that compound their wealth. To get where they’re going, FIRE members use a variety of tools.

What tools are used in the FIRE movement?

With interest rates at generational lows for nearly a decade, FIRE advocates have had to turn to higher-return assets rather than stashing their money away in bank accounts. So investors need brokerage accounts that offer the potential for higher returns through stocks and bonds.

Early retirees, such as the Kaderlis, have relied almost exclusively on brokerage accounts and have no need for a bank account.

“We used brokerage accounts well before we retired in 1991,” says Billy Kaderli. “It was here that we started our road to financial independence in our early thirties. Neither of us have had a bank account in 40 years.”

This doesn’t mean that they keep all their cash in stocks and bonds, though. The 2008-2009 market downturn taught many investors the need to have adequate cash reserves. The Kaderlis use a money market account at their brokerage, while other investors use banks to the same end. Brokerage accounts offer flexibility, which is one of several reasons to consider having multiple brokerage accounts.

Beyond just the accounts, though, many FIRE advocates are devout cost counters, and often use homemade spreadsheets to track spending against their assets. Many also turn to spreadsheets offered by FIRE gurus, who often provide their blueprint for free. For example, blogger Mad Fientist offers a financial independence spreadsheet to track your progress.

If you’re looking to start on your way to financial independence, you’ll want to look at the best stock brokers for beginners. Stocks offer the potential for a high level of returns that you rarely find elsewhere, and a well-diversified portfolio is a necessity for those looking for long-term independence.

What sacrifices are FIRE advocates making?

While many outside the movement think FIRE advocates are sacrificing a lot to make their dream a reality, FIRE proponents don’t see it that way. After all, if you’re spending money only on the things that you value, then what you’re giving up isn’t valuable to you. While that sounds easy enough, being an extreme saver can also lead to other issues, especially if you’re married.

For some FIRE advocates, achieving the dream means moving to a foreign country where they’re able to save more. Brian Davis and Katie Leishear moved from Baltimore to Abu Dhabi, capital of the United Arab Emirates, in order to sock away more.

“There’s a feeling of missing out on the important moments in life,” says Davis. “But in those times I’ve had to remind myself that I get something else in exchange for that – it isn’t all sacrifice.” Davis points to the positives of travelling the world and how the couple plans on continuing to be globetrotters while gaining financial independence.

While FIRE has taken the couple away from their social circle, even when you stay in your own country FIRE may mean that you give up some friends or family. If you’re not spending as much as you used to, you may not be running with the same friends, for example.

The pressures of saving can also lead to marital strife, especially if one spouse has not fully bought into FIRE or doesn’t have the level of discipline required to move from merely a saver to an extreme saver. Where one partner may think an expense is acceptable, the other may see it as frivolous.

While the movement can put extra pressure on some personal relationships, FIRE advocates are also regular people with a focus on saving and so they’re not always making enormous sacrifices to achieve their dream.

Blogger Chrissy from Eat Sleep Breathe FI says, “We neither deprive ourselves nor do anything to the extreme. And yet, we’ll still reach FI in our 40s.” Here’s how Chrissy uses passive income to achieve financial independence.

How are FIRE proponents preparing for an economic slowdown?

FIRE may free you from the rat race, but that doesn’t mean you can spend whatever you want. When you’re moving from a regular income to no income or perhaps a less-regular income, you need to be careful that you don’t overspend. That’s one of the largest challenges, especially when you still need to meet regular expenses as well as unexpected things that always pop up.

Some FIRE advocates turn to a long-popular rule of thumb for retirees: the 4 percent rule. The idea here is that you don’t draw down your accounts by more than 4 percent in any year, and your portfolio should be able to survive indefinitely. However, that does constrain your spending.

One of the largest expenses is housing. FIRE advocates have several options, and buying a house – though it can offer stability in a slowdown – may not always be the best option. You’ll want to consider these other factors as well, since you may well be giving up substantial income in order to own a house.

With the stock market rising an average 10 percent annually since 1928, it may seem relatively easy to mind that 4 percent rule. But the market declines substantially some years, too, and those on a fixed income need to do a few things to cope. One of the easiest may be to cut spending while the downturn lasts, but other investors might turn to passive income strategies.

(Here are strategies FIRE advocates use when the economy isn’t going their way.)

Why do people hate the FIRE movement?

Financial expert Suze Orman famously said she hates the FIRE movement. While the dream of retiring early with enough money to live comfortably certainly seems like a laudable goal, the FIRE movement seems to get a lot of pushback.

Some common criticisms of the movement include the following:

While these beliefs may be true in some cases, it’s not universal. In fact, these beliefs form many of the core misconceptions of the FIRE movement. See how FIRE is not just for people making six figures or folks in the tech industry – and three other myths.

Is FIRE right for you?

Whether FIRE is right for you depends on a lot of factors, but two of the most crucial are how much you earn and how much you can save. Having enough income to save while still meeting your basic needs is obviously key. That’s a question of means, but you’ll still need the will.

Before you can even begin to get out of the rat race, you’ll have to make the realization that so many FIRE advocates have – that you can decide for yourself what’s important to you and not have that dictated by someone else. And this is likely the bigger challenge for people who otherwise have the financial resources to be in FIRE.

So finally, like other lifestyle choices, FIRE is often a matter of personal taste, and many people would not stop working even if they could. They derive so much enjoyment from their jobs that it’s hard to step away. Somewhat ironically, that’s the goal of many FIRE advocates, too – to be able to pursue a job (or hobby) that they love passionately without having to worry about money.