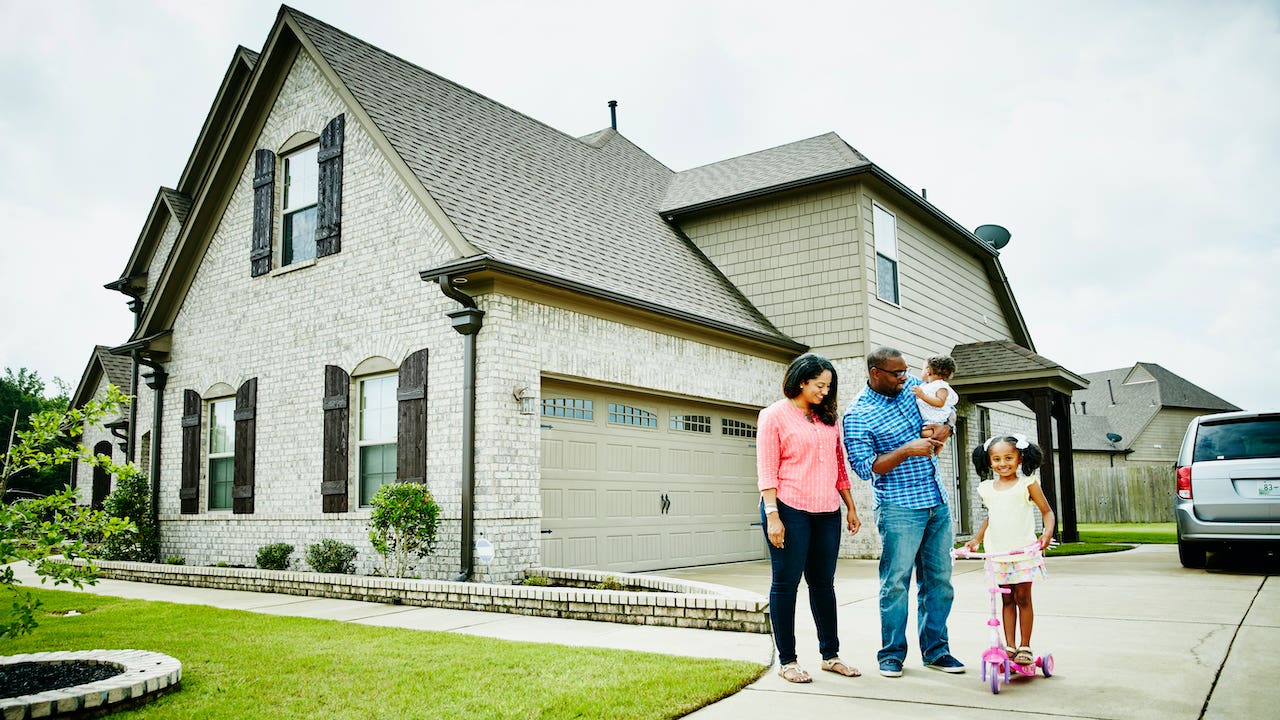 For decades, the racial gap in homeownership has remained a stubborn reality. Just 45 percent of Black Americans owned their homes in the second quarter of 2021, compared to nearly 74 percent of White Americans, according to the U.S. Census Bureau.

Despite such reforms as the Fair Housing Act of 1968, the racial divide has persisted and even deepened. That landmark legislation didn’t fix housing discrimination.

Instead, the National Fair Housing Alliance and others say, the Black-White gulf widened during the half-century that followed. “What we’re seeing is the result of a system that has not corrected itself,” says Marvin Owens, chief engagement officer of investment firm Impact Shares and former senior director of economic development at the NAACP.

Because homeownership is such an important tool in wealth-building, the effects echo throughout the economy.

“You have families who own homes and are able to pass those homes down to their children,” Owens says. “African-Americans just have not had that opportunity at the same rate as Whites have.”

For years, the thankless task of addressing housing inequities was taken up by nonprofits such as the NAACP and the National Fair Housing Alliance. Now, though, things are changing. Big-money players in the housing industry, on Wall Street and in Silicon Valley are targeting racial disparities in homeownership.

Here are some initiatives that might make a difference in the racial gap.

With $3.2 trillion in assets, JPMorgan Chase Bank is a giant. Last year, Chase announced it would invest $30 billion over five years in an initiative aimed at narrowing the racial gap.

Chase also announced an expansion of homebuyer grant programs that offer up to $5,500 to first-time homebuyers in 6,700 eligible U.S. neighborhoods. The bank is extending $2,500 grants to customers who refinance with the Chase DreaMaker program. The grants help cash-strapped buyers cover down payments and closing costs.

In another initiative, this year Chase committed $3 million to the Appraiser Diversity Institute. The megabank said its goal is “to root out bias in the residential appraisal process.”

2. The National Association of Realtors’ apology

With more than a million members, NAR is a major force in national politics, not to mention the housing industry. Last year, the group formally apologized for its decades-long role in fostering segregation and racial inequality.

NAR initially opposed passage of the Fair Housing Act in 1968, and the group once excluded members based on race and gender. Black real estate brokers were forced to start their own trade association.

“What Realtors did was an outrage to our morals and our ideals. It was a betrayal of our commitment to fairness and equality,” NAR President Charlie Oppler said. “We can’t go back to fix the mistakes of the past, but we can look at this problem squarely in the eye.”

As part of its apology, NAR announced a fresh focus on fair housing. The Realtors’ trade group also partnered with the U.S. Chamber of Commerce’s Equality of Opportunity Initiative. The goal: addressing, and hopefully lessening, economic inequality.

MBA is another major player turning its attention to housing equity. Last year, it announced a minority homeownership pilot program in Memphis, Tennessee. This year, MBA launched a similar initiative in Columbus, Ohio.

MBA says the pilot programs will look for creative ways for the mortgage industry to partner with government and nonprofits to spur homeownership.

Like Chase and NAR, MBA says it’s time for the housing industry to take a hard look at its policies and practices. “For too long, our nation has faced distressing minority homeownership gaps,” said Bob Broeksmit, the group’s president and CEO.

Landis, a startup that aims to turn renters into homeowners, isn’t focused solely on the racial gap, but addressing that problem is part of its business model.

Landis this year raised $165 million from a group of investors led by Sequoia Capital, the Silicon Valley venture firm. Other backers include actor Will Smith and Jay Z’s Roc Nation. The nonprofit National Community Reinvestment Coalition lauded Landis’ offering as a way to close the racial gap in homeownership and wealth.

About a third of its clients are African-American. For would-be homeowners, Landis fills many roles. It coaches them on boosting their credit scores. It oversees the bank accounts where they build their down payments. And the startup buys homes and then serves as landlord while its clients get their finances in shape.

“The goal is to transition as many renters to homeownership as possible,” says Cyril Berdugo, a co-founder of the company.

5. A way to invest in mortgages issued to Black and Brown borrowers

OWNS’ home loans include mortgages in census tracts where more than half the population is non-White and at least 40 percent of residents live at or below the poverty line.

Read more From Jeff
Jeff Ostrowski covers mortgages and the housing market. Before joining Bankrate in 2020, he wrote about real estate and the economy for the Palm Beach Post and the South Florida Business Journal.
Edited by
David Schepp
Wealth editor