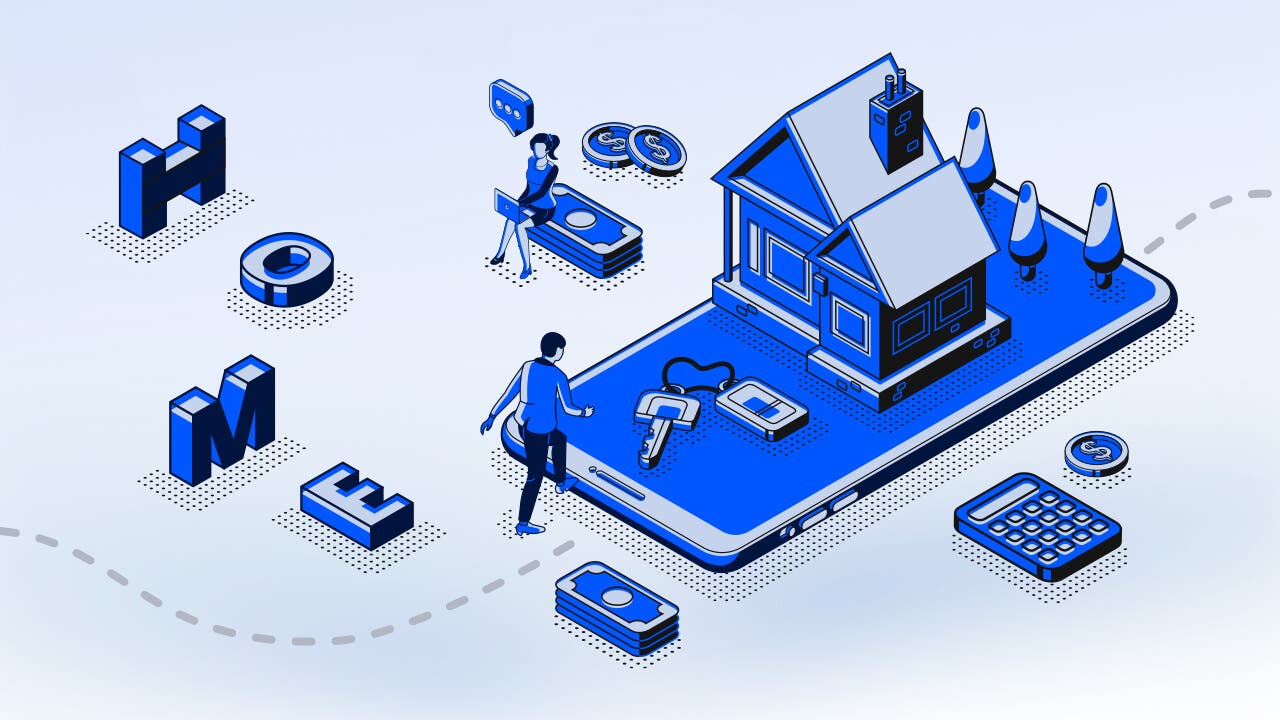 John and Kristin Untisz move to a different military base every three years or so, a nomadic lifestyle that led them to establish a rule about their whirlwind relocations: They’d never buy a home sight-unseen.

Then the coronavirus pandemic erupted, and the couple broke their own rule. This summer, they closed on a Mississippi home even though they hadn’t set foot inside.

The 2020 homebuying season has forced Americans to rethink how they approach the housing market. Shawn and Jill Craven cajoled their 1-year-old daughter to don a facemask while they toured homes for sale. Shane and Karina Thompson met with the builder of their Florida home by FaceTime rather than in person.

In normal times, buying a home is stressful and emotionally draining. It’s the biggest purchase most consumers make. During a public health crisis accompanied by a global recession, the stakes seem even higher.

Home prices have continued rising in recent months, although some housing economists expect that trend to reverse. And a shortage of homes for sale means many buyers are competing with other shoppers, setting the stage for bidding wars that can bring in dozens of competing offers.

As COVID-19 spreads, another new trend has emerged: Casual tours of open houses are a thing of the past. If home shoppers mask up to tour properties, they’re probably ready to buy.

“Buyers are serious,” says Debi Jensen, owner of Century 21 All Professional in Port St. Lucie, Florida. “There are no tire-kickers.”

A military move — and a leap of faith

John Untisz works as an Air Force physician, a job that requires him to move his family every few years. After buying houses in the Florida Panhandle and Texas, John and his wife, Kristin, established a ground rule.

“We always said we would never buy a house without seeing it,” Kristin says.

The coronavirus had different plans. The Untiszes committed in early March to a new house at a D.R. Horton development in Ocean Springs, Mississippi, near John’s new posting at Keesler Air Force Base. At the time, the lot was bare dirt, and there was no model home identical to the floor plan they chose. 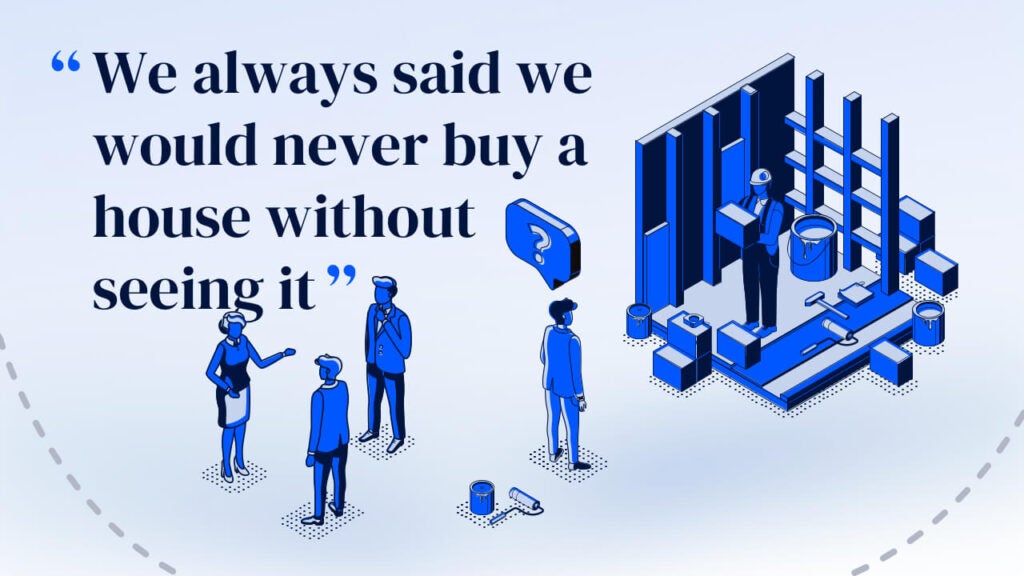 Soon after they signed the contract in Mississippi and returned home to San Antonio, Texas, the coronavirus pandemic intensified, and the couple was unable to visit Mississippi to check on the progress of the house.

Instead, they relied on their Realtor, Ashley Endris of Century 21 J. Carter & Co. in Gulfport, to keep them posted. Endris sent photos and occasionally hosted FaceTime tours of the building site.

“We put a lot of faith and trust in her to be our advocate,” Kristin says.

Despite the growing uncertainty around the pandemic, John’s reassignment was still on, so the couple put their house in San Antonio on the market in late March.

The property hit the multiple listing service a day after the city of San Antonio issued a stay-at-home order. Kristin worried the pandemic would sabotage the sale. Instead, a full-price offer arrived in just a few days.

From the lender, higher hurdles

With one major hurdle out of the way, the Untiszes faced another challenge. “We were told by our mortgage company numerous times that, because of the pandemic, they needed additional paperwork,” Kristin says.

Their lender constantly asked for income verification. The deal closed in late June, when the couple paid about $250,000 for a four-bedroom house in the South Pointe development.

The Untisz family — John, Kristin, 10-year-old Kylie and 8-year-old JJ — finally saw the place in person in early July. But the pandemic would deliver a few more surprises.

The family needed a fence to keep their Labradoodle, Gunner, from running away or falling prey to the alligator that lives nearby. But they learned that the pandemic had interrupted the supply of fence materials.

“It’s weird what COVID has been affecting,” Kristin says. “You wouldn’t expect it would prevent you from building a fence.”

The fence is up now, but gutter contractors also have been challenged by the pandemic, and, a few weeks after moving in, the Untiszes were waiting for rain spouts to be installed. During one downpour, she worried about damage to her new yard.

Aside from enduring a Gulf Coast rainy season with no gutters, Kristin says, the move has been a smooth one. “It worked out in our favor,” she says.

The Cravens also hoped to buy a home they haven’t seen in person, and their shopping experience involves many moving parts — and the new reality that, in this seller’s market, it’s much easier to sell a home than to buy one. The family of recently moved from Wichita, Kansas, to Port St. Lucie, Florida, for Shawn’s new job.

The Cravens thought about buying a home from afar, but the couple didn’t feel comfortable making such a big commitment to a place they hadn’t visited.

“We almost didn’t go, but we really wanted to see the neighborhoods, and see the city where we would be living,” Jill says. “The pandemic did make flights pretty cheap, which was a plus.”

In early July, Jill and Shawn boarded a plane with the youngest of their six children for a house-hunting trip. They toured 18 homes in two days, and they encountered COVID-related trepidation from sellers and listing agents. 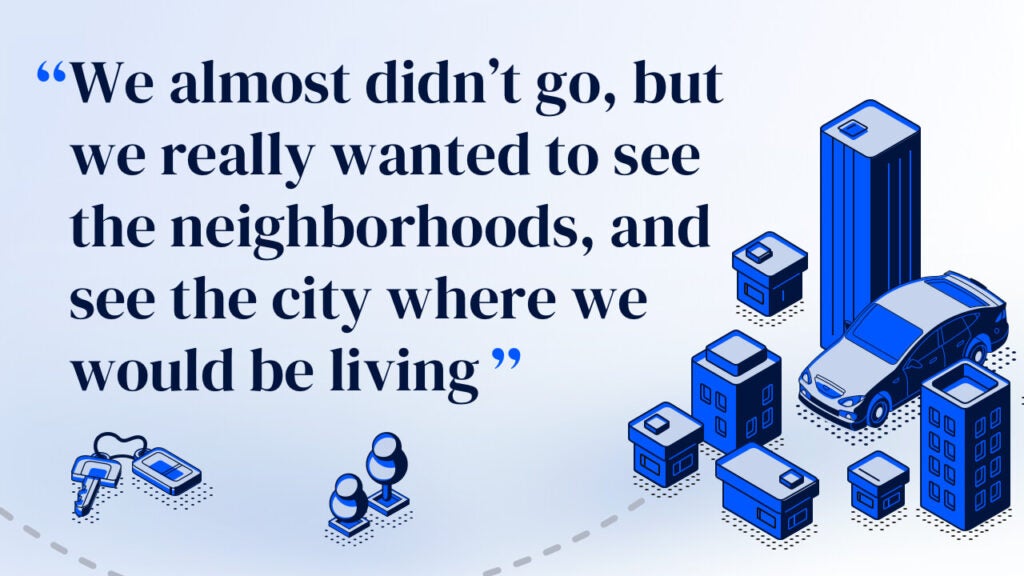 “People were worried because we were from out of town,” Jill says. “We had just been in an airport.”

When they toured empty properties, the Cravens wondered if they should wear masks or take them off. In cases where the listing agent was at the home, they wore masks — and struggled to get Evaline to tolerate her face covering.

“It was kind of a nightmare getting her to keep it on,” Jill says.

The Cravens resorted to flattery: The red mask featured white polka dots, and Jill told her daughter the covering was pretty.

Closing a sale and a purchase requires ‘juggling act’

After 18 tours, the Cravens made an offer on a house they hadn’t seen in person. The couple quickly found a buyer for their Wichita home. They sold that property by word of mouth, without officially putting it on the market, and they did the deal without an agent.

The couple needed that sale to close before they could consummate the purchase in Port St. Lucie. Adding to the drama, the seller in Florida continued to market the home after accepting the Cravens’ $250,000 offer.

The couple wrote a right of first refusal into their purchase contract, so they hoped to land that house if a rival emerged. But, Jill acknowledged, “We could lose it.”

The sale of their Wichita house closed on schedule. But their purchase hit a speed bump: The house appraised for $15,000 below the contract price. The seller was unwilling to cut the price, so the family continued shopping. As they were driving from Kansas to Florida — two adults, six kids and a dog in two vehicles — the Cravens made another offer on another house that was accepted.

“It was pretty dramatic,” Jill says.

Alas, the timing was less than perfect. Jill lined up a 16-day rental in their new hometown, but they’ll still have a couple weeks before their purchase closes, so they’re looking for another AirBnb or several hotel rooms.

Shane and Karina Thompson are moving ahead with their first home purchase. Both in their 20s, the couple work in the insurance industry, and they’ve stayed employed through the pandemic. The Thompsons have worked from home since mid-March.

In late April, they signed a contract on a house in Westlake, Florida. The newly built home is in a Minto Communities neighborhood.

When they shopped for the property, the Thompsons wore masks and gloves and submitted to temperature checks. They repeated the drill when it came time to pick color schemes and kitchen options.

“You really look forward to that time when you’re going to be picking out all of the things,” Karina says.

Anticipation gave way to disappointment. The coronavirus pandemic turned a subsequent meeting with the builder into a FaceTime video session.

The Thompsons are staying with family about 25 minutes from their new house, and they visit once a week or so to check on the progress of construction. 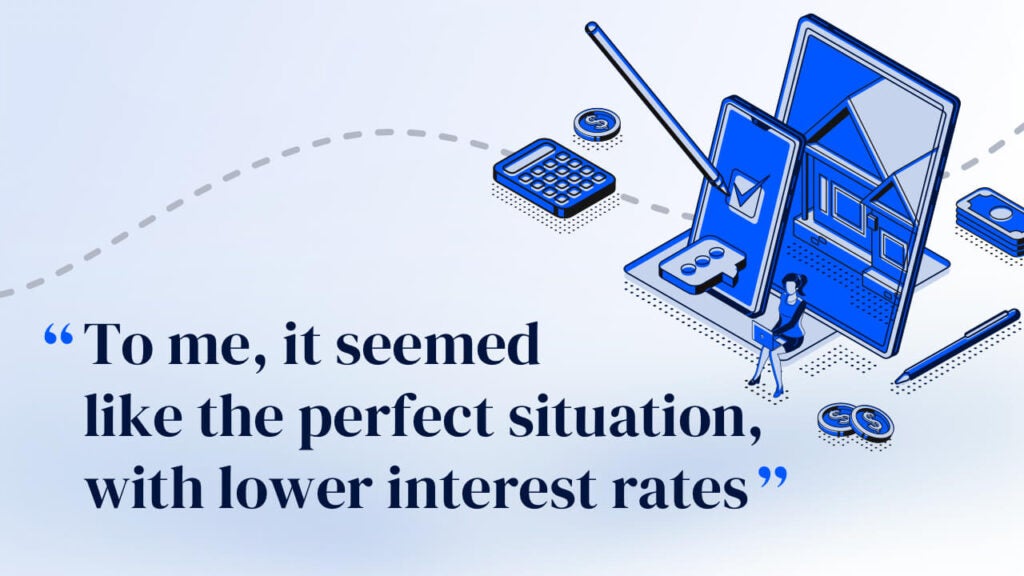 “That’s kind of like our break. We’re working from home all day, every day, so it’s nice to be able to go out there,“ Karina says.

The couple have no children yet, but they chose a five-bedroom house priced at about $450,000. “We decided to go for our forever home,” Karina says.

Some housing economists predict home prices could dip as the coronavirus recession reverberates throughout the economy. But Shane is taking the uncertainty in stride — and looking at the bright side of historically low mortgage rates.

“To me, it seemed like the perfect situation, with lower interest rates,” Shane says. “I feel like the housing industry is still doing pretty well now, and I hope we’ve learned from our mistakes in 2008.”