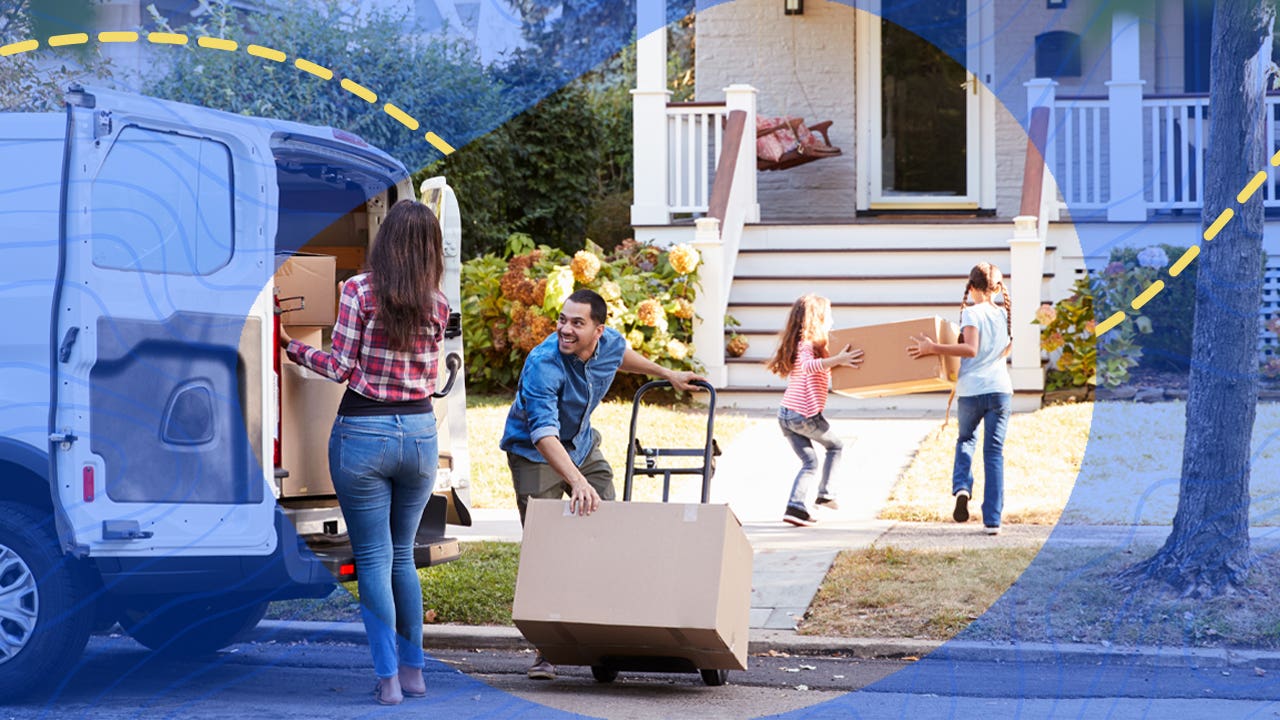 The full year data is in, and it’s officially time to put the “cities are dead” narrative to bed.

Yes, it’s true: Generally, more people left major cities than moved to them over the course of the strange year that was 2020, but in terms of raw numbers, the population changes were minimal, according to United States Postal Service mail forwarding data.

A separate Bankrate/YouGov nationwide survey found that 16 percent of respondents moved in 2020, but that rate jumped to 32 percent for Gen Z-ers and 26 percent for millennials. People said they moved to be closer to friends or family, to seek a better cost of living or in search of more space.

The top three cities for move outs: New York (Manhattan), Houston and Austin each lost a net of fewer than 15,000 citizens. The rest of the top 10 all lost under 10,000 residents overall, according to the Postal Service.

The USPS data has some limitations. The 12,681,085 change-of-address requests that Bankrate analyzed, which covered Jan. 1 through Dec. 31, 2020, were compiled by zip code and only registered moves within or between zip codes with at least 10 requests over that period. For example, if three people or families moved from Bethpage, NY 11714 to Myrtle Beach, SC 29577, that pair would not show up in the dataset, but if 11 people or families made that same move, it would. Even so, the numbers provide some good insights into moving patterns during the pandemic.

Here are the biggest 2020 moving trends the USPS numbers reveal:

Take Manhattan as a case study. Over the course of 2020, New York’s densest borough lost a net of about 12,000 residents to other zip codes. Of those who moved out, more than a third went just across the East River to Brooklyn, the city’s most populous borough. Brooklyn, however, is less dense than Manhattan, so movers may have gone in search of some breathing room.

In a recent Q&A, Ray Rodriguez, the regional mortgage sales manager for New York at TD Bank, said those responses mirrored what he was seeing in his job.

“In New York City the outer boroughs are very well alive,” he said. “People who are used to living an urban lifestyle are going to continue an urban lifestyle. I’m thinking of two of my employees who purchased condos in the city, they upgraded to have outdoor space.”

Less-dense outlying areas were top destinations for move-outs from every major city that topped the USPS data.

Gen Z-ers and millennials most likely to move, poll finds

A Bankrate/YouGov poll showed that 10 percent of Americans moved or relocated due to COVID in 2020 and were still relocated as of February. Some 6 percent moved but had returned as of then. And 84 percent of those polled did not move during the year.

About 18 percent of movers during 2020 sought out new housing because they wanted more space, with Gen Z-ers and millennials being the most likely to move, at 18 percent and 17 percent, respectively. Blacks were a third more likely to have moved and not returned compared with whites.

Here are some of the top trends the survey revealed:

Those who did move during the pandemic mostly stayed pretty close to the homes they were leaving.

Of the 12,681,085 change of address requests for popular moves, just over half a million requests in the sample were from those who moved to another county; the rest stayed in the same county, zip code, city or rural area. Similarly, just 42,000 change requests reflected moves to another state.

It may not be obvious when first looking at the Postal Service data, but a little digging reveals that many movers were likely motivated by a cheaper cost of living in 2020, too.

The pandemic brought employment changes for much of the workforce as stores and public venues closed down and many companies shifted to remote operations. As more employees worked remotely, many had newfound flexibility in their living arrangements. For those who lost their jobs during the pandemic, housing affordability was an even more crucial factor in the decision to move.

Nathaniel Hunt lived in New York for 11 years and was dancing in the Metropolitan Opera’s ballet corps before the pandemic shut down most live performances in the city.

“It was a big life change,” he said. “My art form, my vehicle wasn’t adaptable in the same spaces as say, opera singer friends of mine.”

Without live performances, which were his primary source of income, Hunt said he was reliant on unemployment benefits to pay his rent. When the extra $600 per week that was part of the original CARES Act relief ran out, he could no longer afford to stay in Manhattan, so in August he moved back to Maryland to stay with his parents.

Nearly a third of respondents to the Bankrate/YouGov poll said moving closer to friends or family was a motivating factor, while more than a quarter said finding affordable living was a key reason behind their decision to move. That search for more affordable housing was reflected in the USPS change of address data.

For all of the top five move-out cities, the top moved-to destinations were places with lower costs of living.

*Although home prices trend a little higher in Katy, Texas than in nearby Houston, the houses in Katy tend to be larger, so the price per square foot is lower. Median home prices in the table above came from Realtor.com on March 9.

In October, Hunt wound up moving again, to Los Angeles. He now lives with friends in a more affordable place with more open space than he had in New York.

In the aftermath of George Floyd’s death, Hunt organized performance-based fundraisers for social justice causes, which he said he wouldn’t have been able to do if he’d stayed in New York for the duration of the pandemic.

The change opened him to the idea of a more mobile lifestyle, even once coronavirus is brought under control.

“Why can’t I have both?” he said. “I do plan on coming back to New York. I also feel that this new community and network that I’ve spawned in LA won’t leave me.”

Hunt’s position underscores what many experts have predicted: Even after the pandemic, people will likely continue to want more flexible living arrangements.

Bankrate.com commissioned YouGov Plc to conduct the survey. All figures, unless otherwise stated, are from YouGov Plc. Total sample size was 5,158 U.S. adults, including 808 who moved or relocated for an extended period during the Coronavirus pandemic. Fieldwork was undertaken February 22-26, 2021. The survey was carried out online and meets rigorous quality standards. It employed a non-probability-based sample using both quotas upfront during collection and then a weighting scheme on the back end designed and proven to provide nationally representative results.