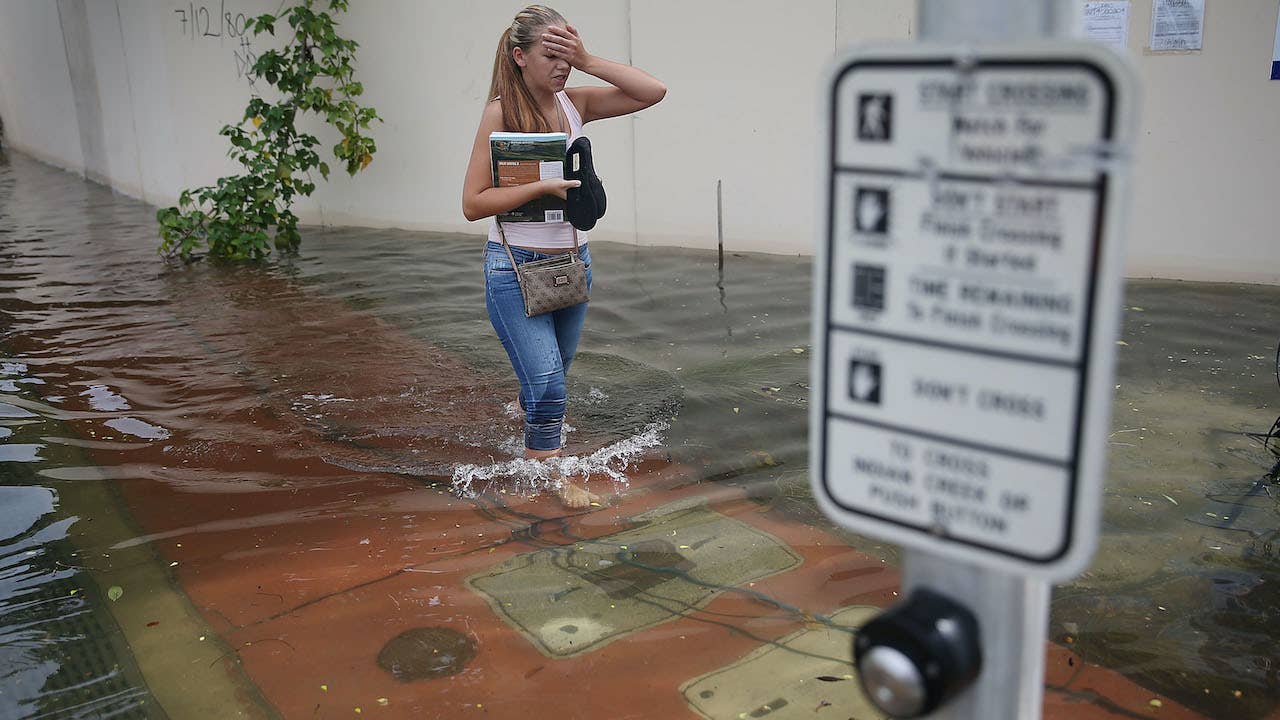 “Right now we’re in the highest of the three king tide phases, and it’s higher than last year,” says Gibaldi, sales manager at a green energy company and treasurer of the local chapter of the Surfrider Foundation. “I love my place, but I wouldn’t buy my place if I were buying right now.”

As climate change evolves from a vague threat to an imminent danger in some housing markets, that sort of rethinking has affected consumers’ buying decisions, according to a new study from the University of Pennsylvania’s Wharton School.

Extreme weather has grown more common and more costly in Hurricane Alley and fire country, and homebuyers and homeowners increasingly consider climate risk as part of their decisions, housing economists say. The Wharton team analyzed millions of home sales in Florida and discovered declines in both sales volumes and sales prices in the areas most vulnerable to flooding.

“Our results suggest that fewer buyers are willing to bear these risks at current market prices, leading to a sharp fall in transaction volumes,” write study authors Benjamin Keys and Philip Mulder.

The effects are particularly pronounced in coastal areas of Miami and Tampa, the researchers find. Neighborhoods near the water in Palm Beach and Pensacola are less affected.

“When we really focus in on that slice that has the highest risk, we find that starting in 2013, their home sales volume started to decline year on year,” Mulder says.

The riskiest areas saw sales volumes fall by 16 percent to 20 percent when compared to higher and drier parts of Florida. Even so, prices in those flood-prone areas held steady until 2018. Since then, however, home prices in low-lying areas have fallen 5 percent compared with properties in areas less exposed to rising waters, the Wharton team says.

As a whole, Florida’s inland properties continued to attract buyers, and the state’s overall housing market is “doing fine,” Mulder says. The slowdown in sales and price growth was confined to neighborhoods within a half mile of the coast and in areas most vulnerable to rising sea levels — and in those areas, the trend is clear.

“It definitely suggests that there is decreasing confidence in the housing market,” Mulder says. “People might be waiting to see what happens with these worst-case climate change scenarios.”

No effect on mortgage approvals

While buyers might be reluctant to purchase properties in flood-prone neighborhoods, the Wharton researchers unearth no such trepidation among lenders. They examined Home Mortgage Disclosure Act data statewide. Credit supply held steady even in low-lying areas.

Keys and Mulder say the National Flood Insurance Program plays an important role in the climate calculus of both borrowers and lenders. The federal government sells flood policies at bargain prices. Flood insurance reimburses homeowners for losses, and it also protects lenders who issue loans on flood-prone properties.

They note that after Hurricane Katrina devastated New Orleans in 2005, there was no wave of mortgage delinquencies — presumably because payouts from flood policies covered many homeowners’ repair costs.

Jesse Keenan, an associate professor of real estate at Tulane University, studied Miami-area home prices in 2018 and came to a similar conclusion: Home prices were weakening in the lowest-lying areas.

Keenan’s latest study, titled “Underwaterwriting” and published this year in the journal Climatic Change, examined how lenders handle flood-prone properties. Keenan finds that small banks with more in-depth local knowledge are more likely to offload mortgages by selling them to mortgage giants Fannie Mae and Freddie Mac, rather than holding them in their portfolios. His theory: Local banks know local risks well, or at least more intimately than out-of-town lenders.

Compared to big banks, small institutions are more apt to sell off loans on properties within areas at high risk from rising sea levels, he says.

Keenan predicts a reckoning for properties most exposed to extreme weather, perhaps even a “rapid devaluation of housing.” He and others expect many Americans to move away from risky areas in the coming years. The climate migration could displace millions.

To Gibaldi, the Miami Beach resident, rising sea levels are a straightforward matter of scientific data. “The rise has accelerated,” he says. “There’s no denying it. It’s just hard facts on a tide gauge.”

President Donald Trump and many Republicans remain skeptical of evidence that the climate is changing. Still, there’s no denying that extreme weather has grown costlier.

All five of the most devastating wildfires on record have occurred since October 2017, according to the Insurance Information Institute. The worst was the Camp Fire in November 2018, which destroyed 14,000 homes and killed 85 people in Northern California. That catastrophe caused insured losses of more than $10 billion.

And 2020 brought another round of calamitous wildfires, leading California Gov. Gavin Newsom, a Democrat, to declare that his state faces “a climate damn emergency.”

In Hurricane Alley, the region’s mostly Republican governors haven’t been so eager to blame global warming, but their states have been hammered by unusually active hurricane seasons.

Three of the four costliest storms ever took place during the calamitous storm season of 2017, according to the Insurance Information Institute. Hurricanes Maria, Irma, and Harvey combined to cost insurers an estimated $65 billion to $77 billion.

Disaster experts point to a combination of changing weather patterns — drier conditions in fire country, warmer waters in the tropics — and more people living in harm’s way. In California, skyrocketing home prices and strict limits on new construction have pushed builders and buyers to areas prone to wildfires.

Florida, for its part, has used low taxes and comparatively affordable homes to lure homebuyers from the Northeast and abroad. The state’s population soared from 12.9 million in 1990 to 21.5 million in 2019, and an accompanying building boom has created more homes in low-lying areas.

Storm-related losses have been rising even faster than Florida’s population, according to Robert Hartwig, director of the Center for Risk and Uncertainty Management at the University of South Carolina. During the 1990s, U.S. insurers paid out an average of $15 billion a year for insurance losses.

Worried about extreme weather damaging your home? Here are four steps you can take:

In many states, sellers need not disclose whether the home has ever flooded or if flood insurance is required. However, if the house is located in a flood zone and you have a mortgage, your lender will insist that you buy a flood policy.

Depending on the level of flood risk, premiums range from a few hundred dollars to thousands of dollars. Flood insurance is crucial — privately issued property-insurance policies don’t

In hurricane-prone areas, insurance premiums have been soaring for decades. Florida’s Citizens Property Insurance, the state-run pool that sells windstorm insurance to coastal homeowners, says its average premium for hurricane coverage was nearly $2,900 as of 2019. That’s just for wind coverage — it doesn’t include flood risk, of course, or fire, theft and other perils covered by basic homeowners policies.

Louisiana, hit by two storms during the record-breaking 2020 season, also has steep rises in insurance costs.

Make sure you carry enough insurance.

Home prices and construction costs have risen sharply in recent years. If your home is “underinsured” — covered for less than its replacement value — you can be on the hook for tens of thousands or even hundreds of thousands of dollars to rebuild.