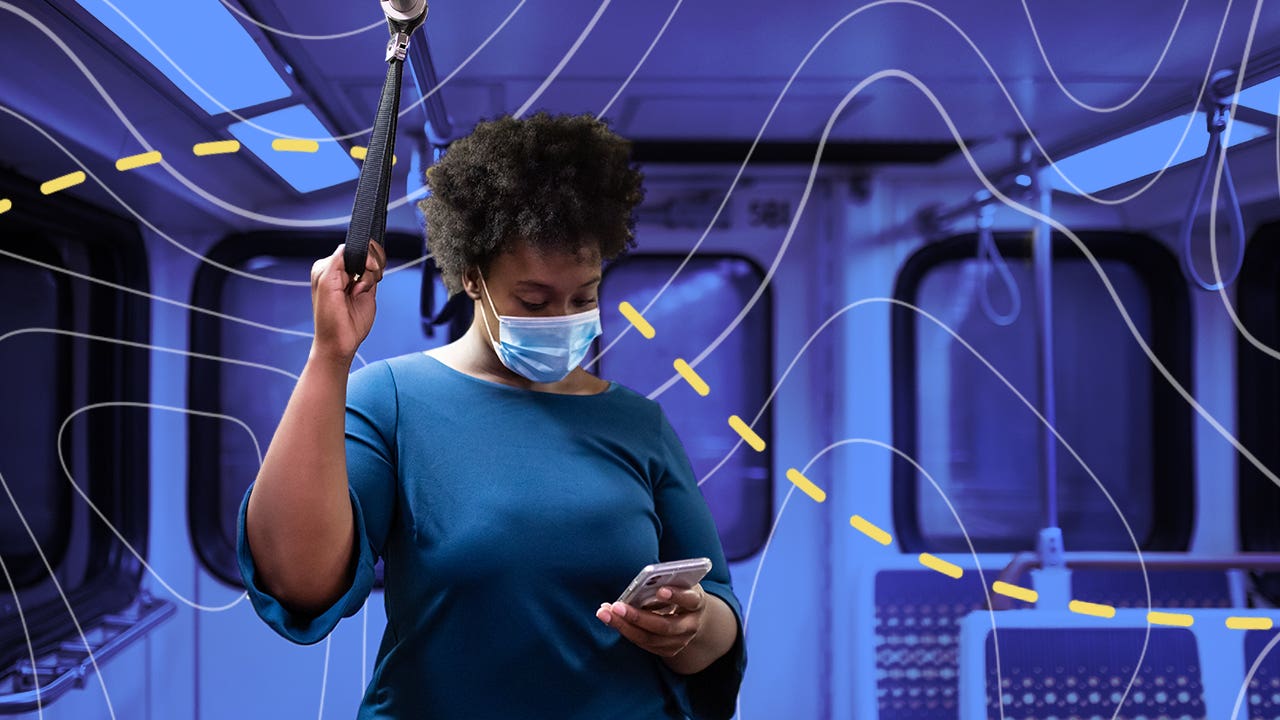 The coronavirus pandemic massively disrupted Americans’ working lives, and a new Bankrate survey suggests that it’s causing many of them to now re-evaluate what they want out of their careers.

Most Americans (55 percent) who are either employed or looking for a job — what economists would describe as being in the workforce — say they are likely to look for new employment in the next 12 months, according to Bankrate’s August 2021 Job Seeker Survey. Even more surprising, some 28 percent of working Americans who currently say they’re not looking for a new job are still expecting to search for a different position at some point in the next year.

“After spending the last year or more stuck in their homes, a good number of American workers now expect to be on the move, searching for new employment,” says Mark Hamrick, Bankrate senior economic analyst and Washington bureau chief. “Pandemic-inspired changes, including the ability to work remotely and/or from home, have transformed mindsets and expectations for many workers.”

Among the more than half (55 percent) of Americans who say they’re going to be looking for a new job, those were predominantly younger Americans, lower-wage workers and minorities — the groups who endured some of the harshest impacts from the coronavirus pandemic.

Nearly twice as many Generation Z (those between the ages of 18-24) and millennial (25-40) workers than baby boomers say they planned to look for a new position at some point over the next year (77 percent and 63 percent versus 33 percent, respectively), the poll found. At the same time, more than 2 in 5 (or 45 percent) of Gen Xers say they’re going to hunt for new employment.

Meanwhile, nearly 7 in 10 Black and Hispanic Americans (or 67 percent each) plan to hunt for a new position, compared with 47 percent of Whites.

That comes at a time when the number of Americans voluntarily quitting their jobs is near an all-time high for a third straight month, suggesting Americans are feeling more confidence in their career prospects following the worst unemployment crisis in a lifetime.

All of that points to continued challenges for employers in the months ahead, as they attempt to not only lure workers back to a job but also retain them.

Pandemic-inspired changes, including the ability to work remotely and/or from home, have transformed mindsets and expectations for many workers.

Yet, 46 percent of those surveyed are not expecting to search for a new job in the next year, according to Bankrate’s survey. That includes 20 percent who indicated that they weren’t too likely and another 26 percent who mentioned they were not at all likely.

Those tended to be individuals already employed and currently saying they’re looking for a job, with nearly three-quarters (or 72 percent) of that group mentioning they were at least not too likely to search for a new position in the next year.

Complaints of labor shortages have been heating up for months, with the roughly 10.1 million job openings now outnumbering the 8.7 million unemployed individuals, according to the latest data from the Department of Labor.

Lawmakers point to child care restraints and virus-related fears as keeping workers on the sidelines, while others say enhanced pandemic-era unemployment benefits are deterring others from seeking a job.

About 20 percent of those in Bankrate’s poll indicated that they’re currently unemployed, half of which (10 percent) indicated they’re not currently looking for a new job.

Americans are thinking more carefully about what they want out of their careers because of the pandemic, with the experience elevating the remote work and flexibility issue among workers, Bankrate’s survey suggests.

What are Americans who are currently in the workforce looking for in their jobs? Predominantly work flexibility, with 56 percent indicating that they’d prefer remote work or adjustable working hours. That slightly outnumbers those who say they’d want higher pay (53 percent).

Job security was listed as Americans’ third most important concern, with 47 percent of respondents indicating that would be a top priority. More than a third (or 35 percent) preferred time off, while a quarter (or 24 percent) listed a more inclusive work culture as their top priority.

Even among the lowest-paid Americans (those making under $30,000), individuals were more likely to list flexible work arrangements as their top concern, at 52 percent, the highest of any other category.

“With a majority of those in the labor force eager for higher pay, as seen in our survey, a not-yet-answerable question is whether wage growth will be a significant contributor to higher sustained inflation,” Hamrick says. “This is being closely monitored by the Federal Reserve as it ponders future adjustments to monetary policy including the prospect of higher interest rates down the road.”

Americans might not have to look too hard to find the flexible arrangements they’re seeking, with remote work evidently here to stay beyond the pandemic.

About 41 percent of Americans who are currently working or looking for work expect to work remotely or from home one day a week or more in the next 12 months, Bankrate’s poll found.

Among the Americans in the labor market who say they can work from home, 60 percent say they’d expect to work remotely or from home at least one day a week, with more than a quarter (28 percent) saying they’d work remotely full time.

More than 1 in 3 (or 35 percent) said they weren’t likely to work from home at all, most common among those with less formal education and older workers. More than 2 in 5 (or 43 percent) of Gen Xers and 44 percent of baby boomers say they do not expect to work remotely, compared with a quarter (or 25 percent) of Gen Z and 29 percent of millennials.

The luxury of being able to work remotely tended to be exclusively afforded to higher-wage Americans, with 28 percent of all surveyed U.S. adults earning under $40,000 mentioning they did not have the ability to perform their tasks remotely compared with 17 percent of those earning $80,000 or more annually, Bankrate’s poll found.

“Strong growth in the U.S. and the likelihood of further declines in the unemployment rate should translate to better wages and job security in the months ahead,” Hamrick said. “With that, many workers are demanding more flexibility in their employment, to which a dollar sign cannot be assigned.”

Even so, the effects of the pandemic are bound to linger financially on Americans. About 1 in 5 (21 percent) of U.S. adults say either they or someone in their household was unemployed or lost income since the pandemic began. Another 15 percent said either they or a member of their household got unemployment compensation during this time. At the same time, 4 percent said someone in the household left the workforce to care for a child or family member.

Americans, however, still got good news during the pandemic. Nearly 12 percent got a bump in income, and 11 percent cited taking a new job. About 9 percent said either they or a member of their household took on a side hustle or a second job, while 6 percent of respondents said they worked from home somewhere other than their home for an extended period.

Those earning $80,000 or more per year were more than twice as likely as those earning under $40,000 annually to get a new job during the pandemic (16 percent and 7 percent, respectively).

Members of Gen Z and millennials are among those most likely to say they received an increase in pay at 17 and 18 percent, respectively, compared with 12 percent of Gen Xers and 5 percent of boomers. These generations, however, were also slightly more likely to have been unemployed during the pandemic.

Even with the economy rebounding, the coronavirus crisis is still a downside risk to the labor market, and the rapidly spreading Delta variant could pose new challenges for businesses.

When it comes to finding a new job during the coronavirus pandemic, experts recommend:

In the meantime, you can’t go wrong with shoring up your finances by cutting back on your expenses, ramping up your emergency fund and working with any financial firms that you regularly pay a bill to on negotiating a forbearance plan if your wallet is still in tough shape.

Bankrate.com commissioned YouGov Plc to conduct the survey. All figures, unless otherwise stated, are from YouGov Plc. Total sample size was 2,452 adults among whom 1,340 were employed or seeking employment. Fieldwork was undertaken from July 28, 2021 – July 30, 2021. The survey was carried out online and meets rigorous quality standards. It employed a non-probability-based sample using both quotas upfront during collection and then a weighting scheme on the back end designed and proven to provide nationally representative results.