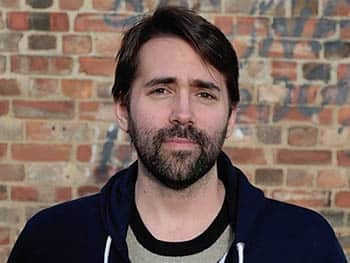 The UK’s nine high street banks are now required to support open banking – a new set of technologies that make it easy for you to access and share your financial information and bank transaction history (i.e. every payment in and out of your account).

This data is incredibly valuable – it shows where you work (and what you earn), what you do for pleasure (and where), what you like to eat, where you shop, etc. – but until now, even though the data belongs to you, the banks have kept it under lock and key.

Open banking means you can take all of that transaction data and hand it to a third party – a clever mobile app, perhaps – that can analyse your outgoings and tell you how to save money, or suggest a perfectly suited loan or credit card.

Open banking also forces banks to provide exact information about every product they offer in a computer-readable format, so that interest rates, overdraft fees, and other important details can be ingested and processed by third-party apps and price comparison websites. This will hopefully make it easier for consumers to investigate and compare different current accounts, credit cards, and loans.

In theory, all nine high street banks should’ve enabled open banking in January. The deadline was set by the Competition and Markets Authority (CMA) in the UK, which in turn is following the second EU Payment Services Directive (PSD2).

In practice, a couple of banks were completely ready to go, a few others just missed the deadline, and some asked for a sizeable extension. Read on to find out the current status of open banking at the big nine banks – and at the end of the article we’ll take a look at how some of the challenger banks are doing, too.

This means that it’s very easy for third parties (apps, price comparison websites, brokers, yourself) to get the exact details of many RBS Group products, and the exact location of every RBS Group branch and ATM.

When it comes to the Account and Transaction APIs – which let you share your account and banking transaction data with third parties – the RBS Group should be 100% online across Natwest, Ulster Bank, and Royal Bank of Scotland.

Most Santander accounts also fully support the Account and Transaction APIs. Santander asked the CMA for an extension until May 7, 2018 for around 12,000 business current account customers.

Barclays asked for a short extension until February for the Account and Transaction APIs, but that period has now lapsed and the APIs should be fully online.

The Account and Transaction APIs are fully switched on for HSBC’s high street banking customers. HSBC Group asked for an extension until April 30 for First Direct and M&S personal current accounts.

Nationwide Building Society supports v2.1 Open Data APIs for ATM and branch details, as well as personal current accounts. Credit cards are not yet supported. Nationwide has a separate “commercial” arm that offers business accounts, but it is not part of the “CMA 9” (i.e. the UK’s nine largest banks that were ordered by the CMA to implement open banking).

Nationwide Building Society asked for an extension until the end of February, but now should fully support both Account and Transaction APIs.

Danske Bank has supported both the Account and Transaction API from Open Banking’s stipulated launch day in January.

Bank of Ireland UK asked for a sizeable extension to the Account API until August 2018. The Open Banking group weren’t very happy with this; they ordered the BOI to appoint a third party observer to review and report on any progress made.

The Allied Irish Banks group hit the January 2018 target and should fully support both the Account and Transaction API.

Only the UK’s top nine banks are required to support open banking – but some smaller challenger banks have freely taken up the er, challenge of implementing open banking APIs.

Starling Bank has its own API that gives access to account and transaction data, plus the ability to make payments – so, a third-party app that aggregates all of your accounts could also pay your utility bills.

Monzo has its own developer API that provides account and transaction data. A second version of that API, with support for making payments, is scheduled for later this year.

Metro Bank appears to have its own developer APIs for account and transaction data in line with open banking and PSD2, but doesn’t yet support making payments.