We’re all aware of the vast number of castles in the Queen’s property portfolio, from Buckingham Palace to Balmoral. But how many people realise Her Majesty also ‘owns’ the land that popular high street stores such as M&S, Primark, and McDonald’s are located on.

It turns out the Queen’s property and land portfolio expands far beyond castles and country estates, with the 450,786 acres of land ownership (1.4%), the equivalent of Greater London in size, also including 16 retail parks and shopping centres. And whilst the Crown isn’t pocketing revenue from the brands themselves, 25% of revenue gained does fund the royal official household and their duties.

The ultimate royal stamp of approval goes to M&S, with 15 of the British retailers’ stores located on Crown Estate owned property. Coffee chain Costa also features regularly, although we can’t imagine the Queen swapping her fine china for a takeaway cup anytime soon. 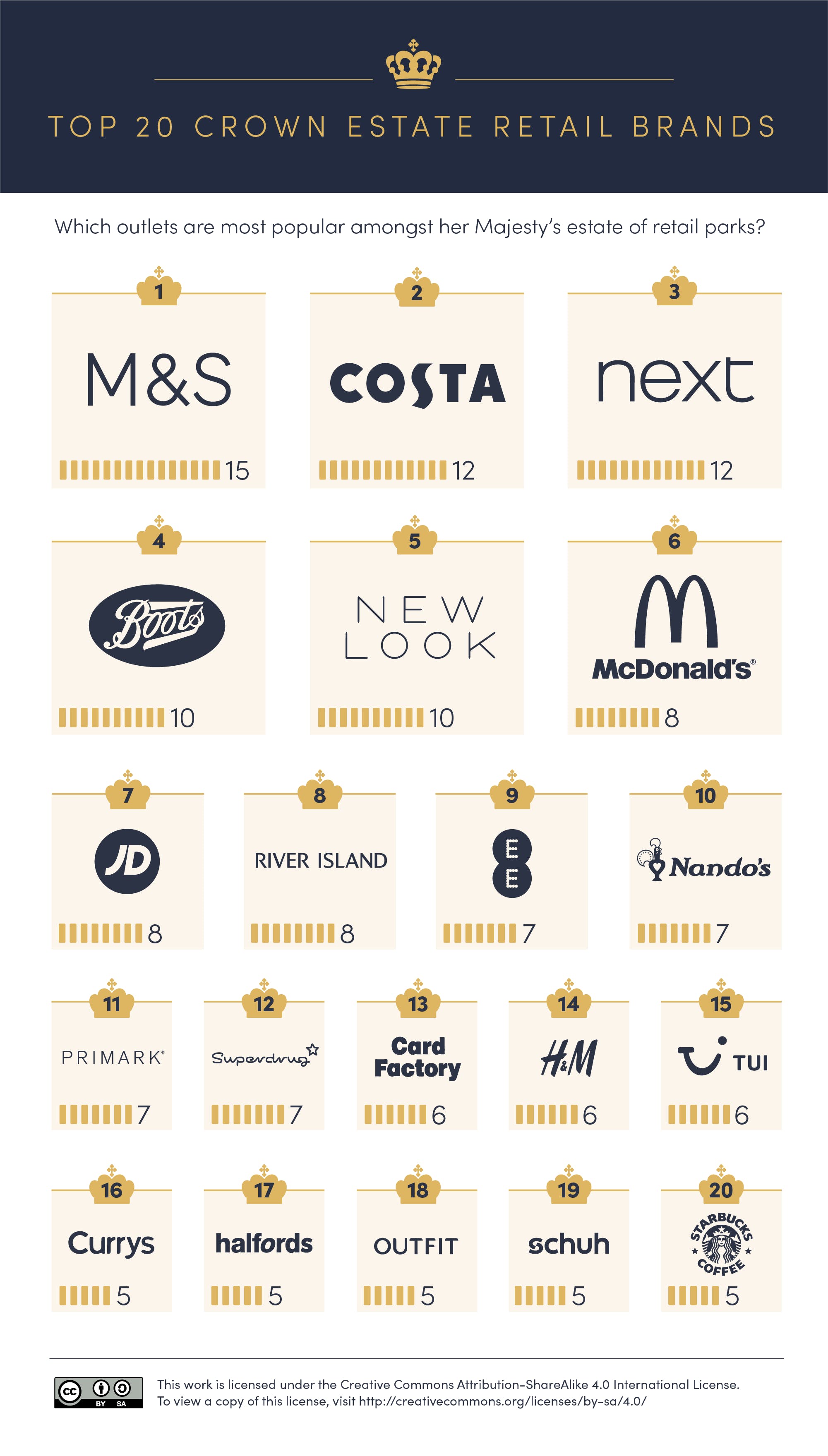 Other royal property regulars include Boots, New Look and Next, all of which have 10 or more locations across the Crown Estate portfolio and food favourites McDonald’s and Nando’s, with eight ‘royal’ branches.

Check out our map to find out if your local shops and eateries have a royal connection: 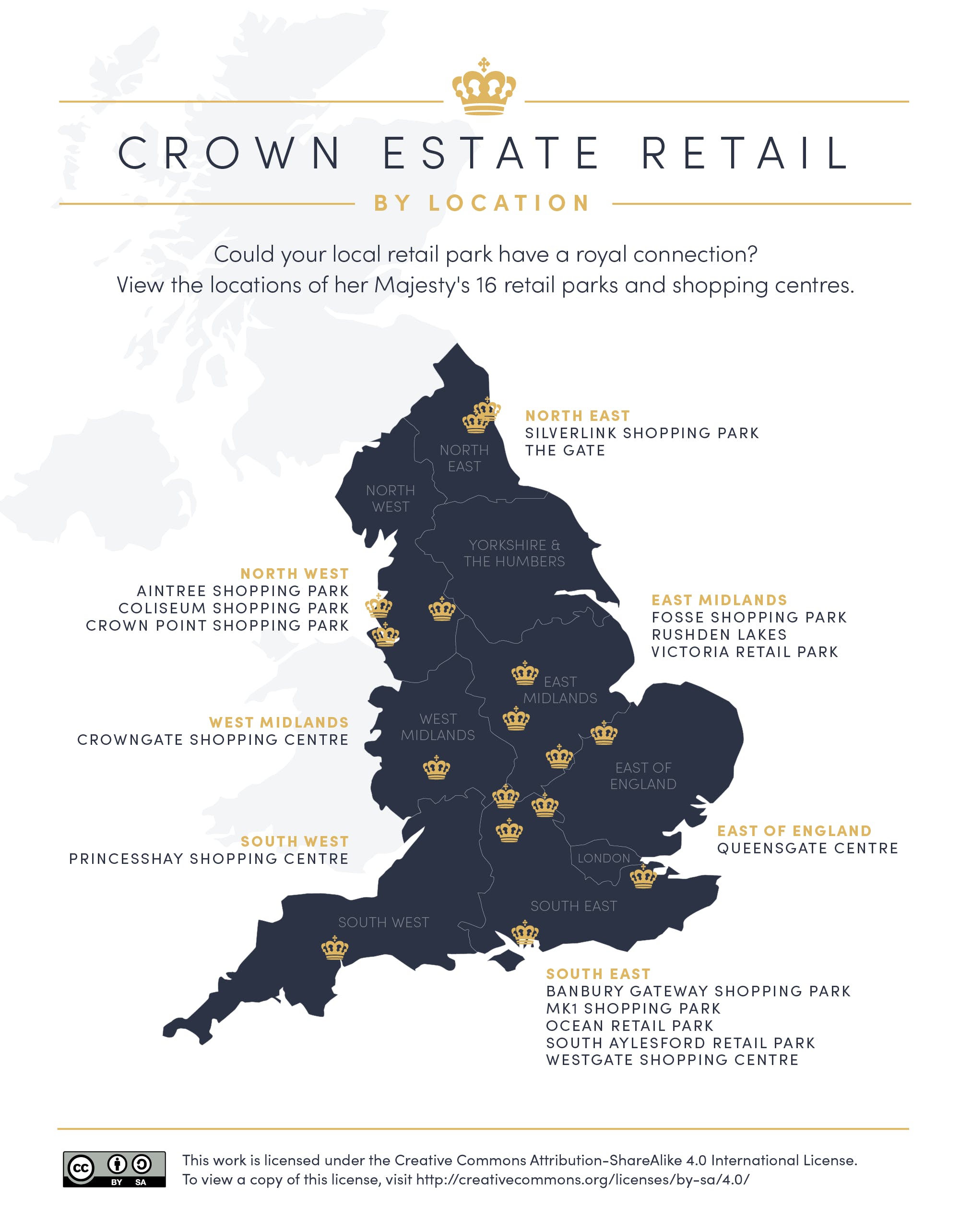 Our research reveals Brits living in the South East of the country have got the best chance of turning a standard Saturday shopping trip into a royal affair, with locations including Banbury Gateway Shopping Park and Ocean Retail Park in Portsmouth owned by the Crown Estate.

So next time you pop to Boots or grab a cheeky Nando’s you could be doing so on the Queen’s land.

What is The Crown Estate?

According to its website, The Crown Estate belongs to the reigning monarch "in right of The Crown". This means the property portfolio is owned by the monarch for the duration of their reign and will be passed down to the next Monarch i.e. Prince Charles then Prince William etc.

As one of the largest property managers in the UK, The Crown Estate administers property worth £14.1 billion, with urban properties valued at £9.1 billion. As these properties are not privately owned by the Monarch, they can't sell it and the revenue it creates doesn't belong to them. However, since the Sovereign Grant Act of 2011 was introduced, the Queen has received 25% of the revenue to fund the royals’ official duties, household and renovation of Buckingham Palace. Surplus revenue is paid to the Treasury each year, for the benefit of the nation's finances.

The Estate is managed by an independent organisation and is headed up by a board known as The Crown Estate Commissioners.

If you’re considering a move closer to one of these royal retail parks, you may want to check out our guide on how to sell your home and compare remortgaging deals to help you understand what you can afford.