Could living on a street with a happy name add value to your property? 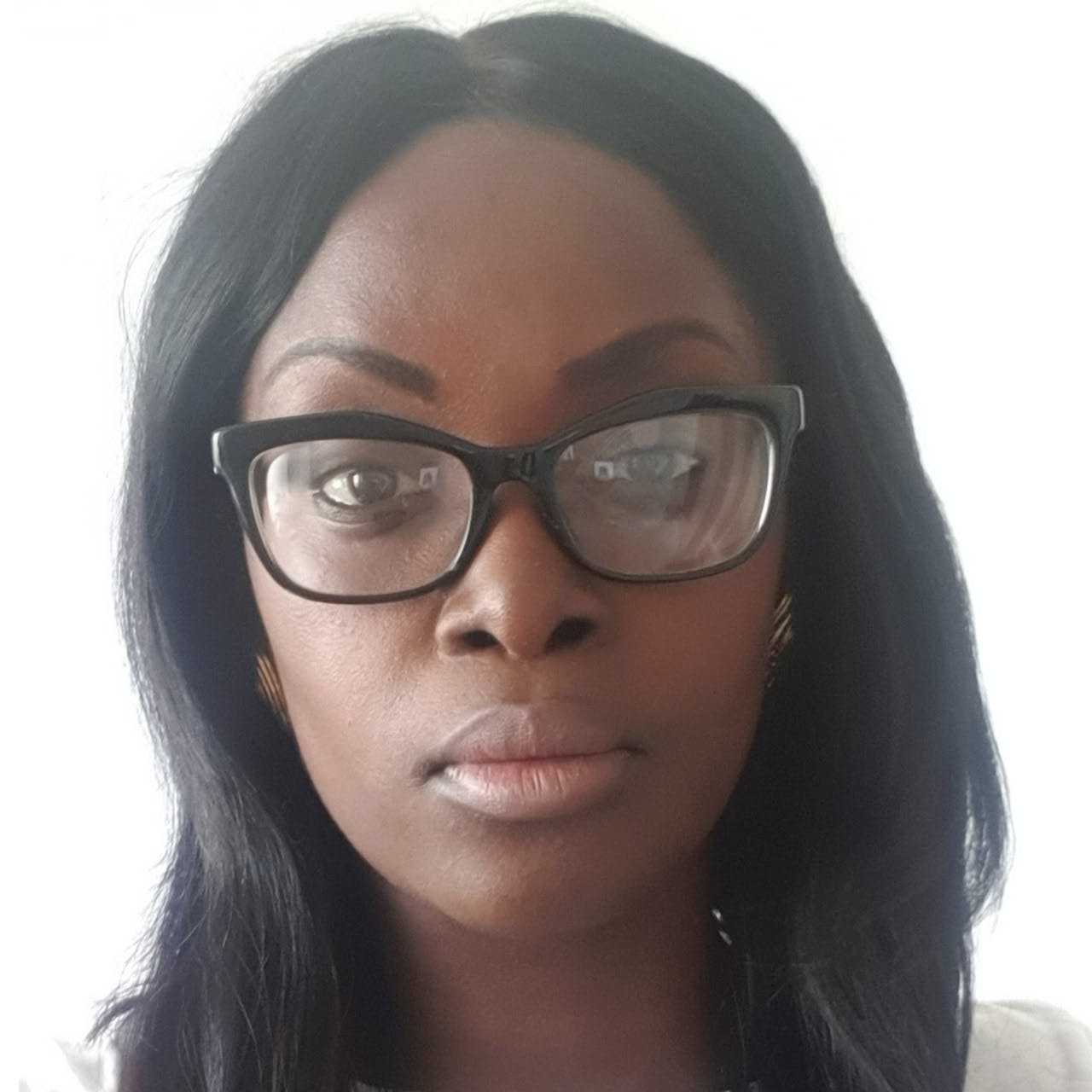 When house-hunting, most of us don’t pay much attention to the road name; in fact, 92% of Brits state that they aren’t concerned with the street name of their potential home, but new research shows that they should be…

After analysing thousands of road names in England and Wales, the mortgage comparison specialists at Bankrate, discovered that having a street name that is considered ‘positive’ or ‘happy’ can increase a property’s value by an average of  £24,830.86 - well worth considering when looking at purchasing your next property!

The happy road name that adds the most value to your house is ‘chipper’, with roads containing this word being worth £56,571 more on average than other road names in the same area – 'chipper' streets are most commonly found in South West England.

This is followed by ‘pretty’ which adds £44,918 to your home’s selling price on average, and is most frequently found in the East of England.

In third place is ‘gay’, boosting your home’s value by a whopping £40,293 on average in the 15 streets it features in.

The 10 happiest road names that increase the value of your property the most: 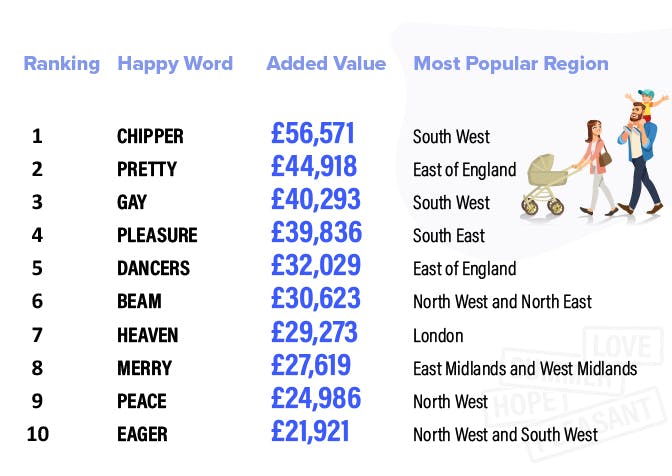 After analysing road names in Scotland, Bankrate found that living on a street named ‘peace’ adds an average of £24,147 to your home’s value.

Following this is ‘happy’, which increases your home’s value by £15,516 on average compared to 'regular' named streets in the same area.

Despite this, on the whole living on a positive street in Scotland puts you at a disadvantage, with an overall average decreased value of £34,781.

Which area of the country has the happiest streets?

In third place is the South East which features 175 happy streets, and the region’s most common happy street name  is ‘summer’.

This is followed by the South West (157) in fourth and the East of England (139) who place in fifth. The full results are as follows: 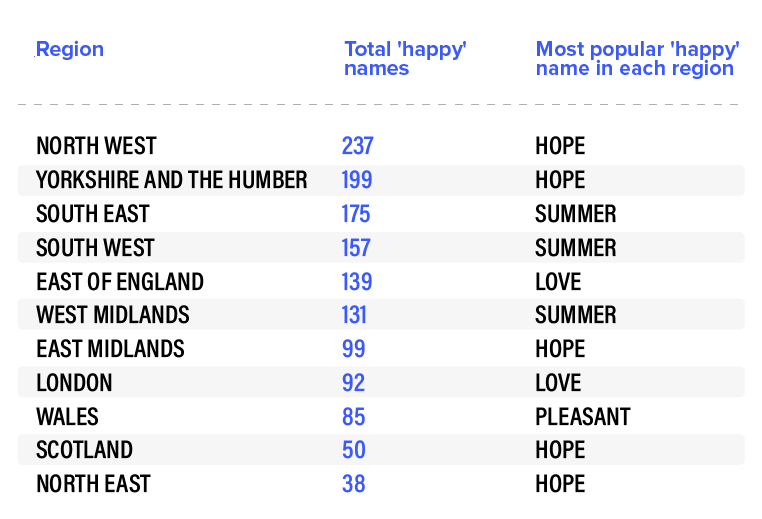 What are the most common happy street names in England and Wales?

In a bid to determine the most popular positive road names in England and Wales, Bankrate examined hundreds of synonyms and discovered that ‘hope’ is the most common in the country. ‘Hope’ appears in 216 roads throughout the country and increases property prices by £20,434 on average.

In second place is ‘summer’ which is included first in 127 different streets across England and Wales, closely followed by ‘sunny’ which is found in 126 roads in the country.

The 10 most common happy road names in England and Wales are as follows:

After evaluating the data, Bankrate can reveal that living on one of Britain’s ‘happy streets’ can help you earn some serious extra cash when it comes to selling. Therefore, next time you are house-hunting, make sure that street names are firmly on your check list.

The five most common happy road names in Scotland are as follows:

Has this data sparked your interest of what to consider when purchasing a home? Check out this handy guide from Bankrate about how to buy a house and keep it safe for when the time is right.