What are overdrafts and how do they work? 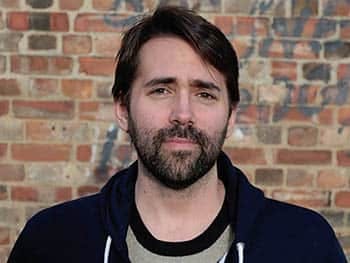 What is an overdraft?

An overdraft is a form of loan - a short-term credit facility - that most banks can offer with your current account, depending on your creditworthiness.

When you use an overdraft, your bank is allowing you to spend more money than you currently have in your bank account and go into debt. Some banks will give you an overdraft automatically, whereas others may require you to apply for an overdraft facility.

How does an overdraft work?

Some bank accounts offer an overdraft facility free of charge, whilst others apply charges. As of April 2020, banks have to apply one consistent interest rate (APR) to all overdraft facilities, replacing the confusing old system of daily or monthly fees.

If you have a 0% overdraft, knowing that your bank won’t add more fees if you’ve had a bad month can provide some peace of mind, but generally overdrafts should only be viewed as a form of short-term and occasional credit, rather than an extension to your monthly ‘allowance.’

How do I apply for an overdraft?

You can apply for an overdraft during your bank account application. If you wish to apply for an overdraft with your existing bank, you can usually do this via the mobile banking app, online banking, over the phone, or in-branch, whichever you prefer. Sometimes you will receive a response immediately, or it may take up to a few days if more information is required, or you have applied outside of normal banking hours. The same process is required if you wish to extend an existing overdraft.

What overdraft limit will I get?

Overdraft limits depend on a wide range of factors, not least of which is the bank account you are applying for. Most high street banks do offer some form of overdraft facility – which is unsurprising, given that overdraft fees and charges are often one of the bank’s most lucrative products. There are exceptions, however: basic bank accounts for those new to credit, or for those who have undergone bankruptcy or an IVA, do not tend to have an overdraft facility.

Even if you apply for a bank account product that has an overdraft facility, you won’t always get the overdraft portion of it: it’s entirely at the discretion of the bank and ‘subject to status’. Your creditworthiness will be assessed by the bank in question at the time you apply for the overdraft, and factors such as your age, earnings and credit rating will be taken into account. Based on the bank’s findings, you will be offered a personally tailored overdraft facility.

How long can I have an overdraft for?

Unlike repaying loans, which are fixed repayments over a set period, overdrafts are a form of revolving credit, much like credit cards. This means that you can add to an existing overdraft (so long as you remain within your authorised overdraft limit) – or pay it off completely one day, then dip into it the next. Overdrafts are available for as long as the bank authorises them, and for as long as you pay the fees and charges that they incur.

How much do overdrafts cost?

There’s a dizzying array of ways that banks can charge you for overdrafts. If you are looking to switch your current account and are a regular overdraft user, it is imperative that you check and compare all the associated fees and charges before you switch, as they can differ greatly from one bank to the next. Based on your own regular overdraft usage, calculate what you would be charged with other banks for the same amount – what looks like a cheap alternative at first glance can prove to be a costly mistake in the long run.

How do banks calculate overdraft fees?

Can I switch bank accounts if I have an overdraft?

Yes, having an overdraft is not a barrier to switching your current account. You apply for an overdraft during your switching account process. Your new bank will then carry out a credit check to assess your creditworthiness, and you will be either offered or declined an overdraft.

How to avoid overdraft charges

The simplest solution is to switch to a bank account that offers a fee-free overdraft up to the limit that you may need.

If you regularly dip into your overdraft but don’t mean to, many banks offer a free service that will send you an alert email or text message when you are nearing your limit.

Depending on your entire financial situation and the fees you are charged for your overdraft, it may make sense to pay off your overdraft completely.

How do you pay back an overdraft?

An overdraft can be an expensive debt to have, so if you are in a position to start repaying the overdraft, try and tackle it as soon as possible. Unlike loans or credit cards, there’s no repayment plan for an overdraft so it is up to you to pay it off.

The first step in paying back an overdraft is to work out how much you owe. Once you have the numbers in front of you, draw up a budget to see what you are earning and spending each month. Work out what you can afford to pay towards reducing your overdraft and set yourself a target date to pay off the total balance.

If you have savings in a low interest rate account, consider putting the funds towards reducing your high cost debt. It may seem counterintuitive, however, with interest rates at an all time low, it’s likely costing you far more to have an overdraft than you can earn in interest on savings.

What happens if I can’t pay back my overdraft?

If you cannot afford to pay your overdraft off in one lump sum, or even in smaller instalments, because of the ongoing overdraft fees you are charged, it may be worth considering a money transfer credit card.

With a money transfer credit card you can shift your entire overdraft onto a credit card, usually at 0% interest for a certain amount of time (between 12 and 36 months is normal). The key with this technique is to make sure you pay off the card before the promotional period runs out, otherwise you’ll get hit by a high interest rate. Make sure you formulate a plan to pay off the card – regular monthly repayments are a good idea – and you shouldn’t use the card for any purchases during that time, too.