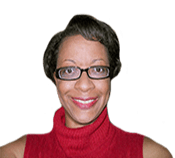 The road to a credit card debt pileup is often paved with spending that seemed like a good idea at the time. But too many well-intended moves can lead you into a financial ditch and ruin your credit.

Joseph Birkofer, principal and founder of Legacy Asset Management, says the problem starts with forgetting that credit is a loan, not free money. To avoid that trap, he suggests mentally substituting another term for “credit” that seems a little less positive.

“‘Credit’ is a good word: I’m giving you credit for that great idea. I got extra credit for that project,” Birkofer says. “People should kind of pin it to their foreheads, so to speak, that this is not a ‘good’ card; it’s a borrowing card.”

Here are five of the worst credit card mistakes to make – and how you can avoid them:

The rationale: You’re between pay packets – or jobs – and your cash flow is clogged. Or maybe you just prefer the convenience of whipping out the plastic.

The rebuttal: Form a habit of making everyday purchases like groceries, petrol and restaurant meals on credit, and you could still be paying off those debts long after you’ve consumed the goods.

And if you’re constantly using credit cards because you find yourself low on cash, it’s time to make some lifestyle changes.

Making only the minimum payment

The rationale: As long as you don’t have to pay more, you’d rather save those extra bucks.

The rebuttal: By paying only the minimum on your credit card bill, you’re incurring much higher finance charges and exponentially increasing the real cost of whatever you purchased.

But if you added just £20 more to that minimum and committed to making fixed payments of £100 a month, the balance would be gone in 62 months and the interest shaved down to £2,154.49.

Waiting too late to make a payment

The rationale: Because you can pay your bill with a few computer clicks, you figure you have plenty of time.

The rebuttal: Failure to factor in enough time for account processing when paying your credit card bill can be disastrous.

Credit reports indicate late payments in 30-day increments, so any payment overdue by 30 days or fewer counts as 30 days late. The penalty for that mark against you can be a late fee, a bumped up interest rate and a lower credit score. In fact, your payment history accounts for about 35% of your credit score.

The rationale: An emergency comes up or a big bill comes due, but you don’t have enough in your bank account to cover it so you withdraw cash on your credit card.

The rebuttal: Tapping into cash available through your credit card to get out of a jam will cost you dearly. You’ll probably incur an interest rate that’s several points higher than your normal rate for purchases.

On top of that, there’s a transaction fee that’s typically 2 to 4% of the advance, a flat fee, or some combination of the two. There’s also no-grace period for cash withdrawals, so you get hit with interest charges immediately.

Consider asking your creditor for an extension, getting a loan from a family member or even putting the bill payment on your credit card (but pay it off in full when you get your statement). Use the card to get cash only as a last resort.

The rationale: You’ve finally paid off a card with a high interest rate and are determined to rid yourself of that relationship for good.

The rebuttal: While it may feel good to close your account and put the card in the shredder, doing so could have a negative impact on your credit score.

Can you withdraw money with a credit card?
Read more about credit card charges
How to use your credit card in the right way