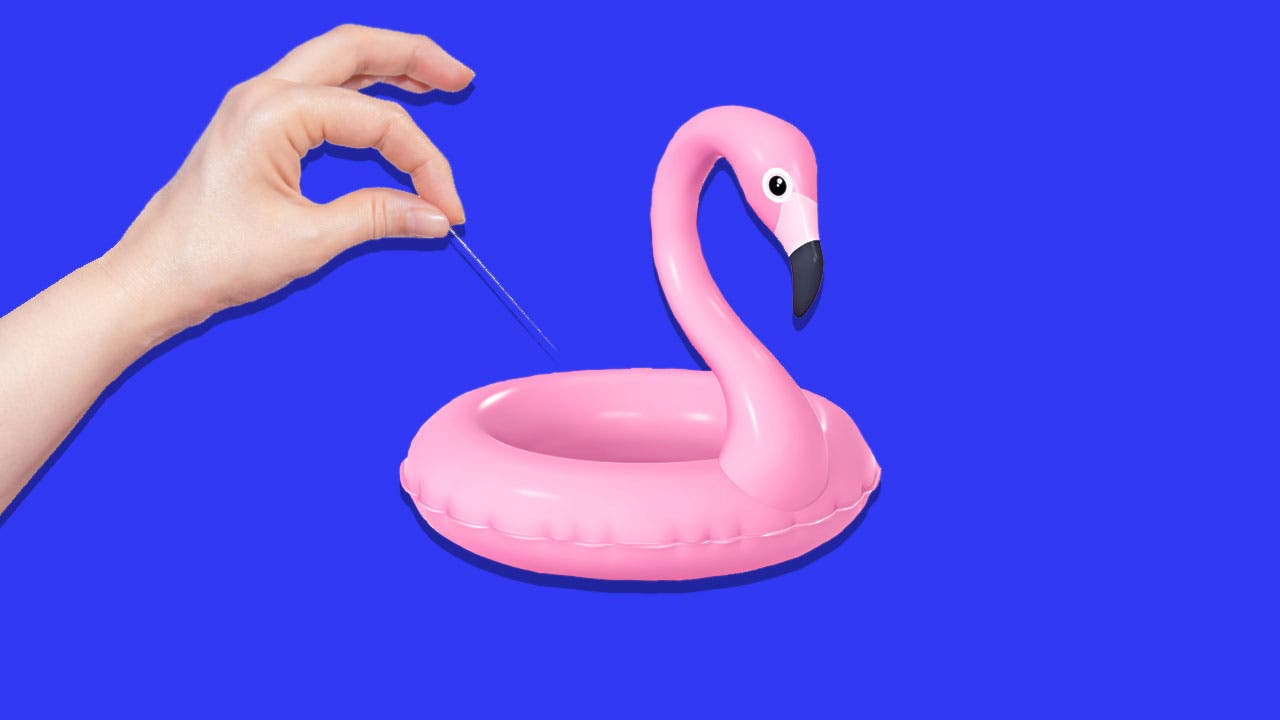 The cost of fun sometimes just isn’t worth it to the majority of Americans.

Most U.S. adults (68 percent) say they’ve skipped out on something fun in the past year because of cost, according to a new Bankrate survey. Half opted out because the activity they had in mind was either too expensive or wasn’t a good value for the money.

Of the recreational activities Americans chose to skip:

Why we’re skipping out on fun

Many Americans have little room in their budget for fun or avoid certain activities altogether because they’re struggling to pay off debt.

Gen Xers (ages 39-54) are more likely than other generations to say they don’t have money to splurge after paying everyday bills (47 percent).

Meanwhile, student debt is a bigger problem for millennials than it is for others hoping to have a good time: 1 in 5 (21 percent) young adults say it’s keeping them from enjoying certain recreational activities, compared with 5 percent of boomers.

Compared to adults without children, parents with young children are more likely to report missing out on a fun activity because of cost. Nearly 8 in 10 (76 percent) parents with young kids (under age 18) made this sacrifice in the past 12 months, versus 66 percent of non-parents. Needing to pay off debt is the most common reason parents raising little ones needed to cut back.

Are our finances only getting worse?

It’s not just vacations that are less affordable for some Americans now than they were five years ago.

Nearly 3 in 10 survey participants (28 percent) say attending a professional sports event is less affordable than it was in the past, versus 22 percent who say they can better afford it now than they could five years ago.

Attending a live arts event — such as a concert or play — for some people is also less affordable than it once was. More than one-quarter (27 percent) of U.S. adults say they’re less able to afford this activity now than in the past, compared with 24 percent who say they can better afford it now.

“While the broad-based headlines on the economy have been positive for some time now, we know that the proverbial rising tide doesn’t lift all boats,” says Mark Hamrick, Bankrate’s senior economic analyst. “Across the country, actual experiences vary with respect to individuals’ personal finances. For some, the challenges involve their employment status and the level of their incomes.”

If fun was more affordable

If certain recreational activities in their local areas were less expensive, more than 1 in 3 Americans (37 percent) say they would unplug by watching less television. Nearly 4 in 10 (39 percent) would spend less time on social media platforms and 3 in 10 would reduce their amount of time spent on the internet. Among adults who play video games, roughly 4 in 10 (42 percent) say they’d reduce the time they spend doing that if other fun activities in the community were more affordable.

Making room in your budget for splurging

Many Americans cut back on recreational spending in order to stay afloat and make ends meets. But rewarding yourself for making good decisions and meeting short-term goals can motivate you to continue making progress toward improving your financial situation.

“I think that people that do that are more successful in their budgets, especially over the long term, keeping within their budgets and not overspending than those who don’t reward themselves,” says Gage Kemsley, vice president at Oxford Wealth Advisors. “They’re so rigid with their budget that they don’t have any fun with the money they make. There needs to be a balance.”

If you’re going to splurge, Kemsley recommends spending no more than 5 percent of your income on the things you want. When creating and reviewing your budget, be intentional about setting aside money to use as discretionary income and save regularly in high-yield savings accounts. Request to set up direct deposit so that a percentage of each paycheck automatically goes into your savings account.

Take advantage of accounts offered by online banks that can be named and labeled. That way, you’re only pulling from the account meant for splurging and you’re not tempted to spend the money you’re trying to save.

Bankrate commissioned YouGov Plc to conduct the survey. All figures, unless otherwise stated, are from YouGov Plc. Total sample size was 2,504 adults. Fieldwork was undertaken between July 17-19 2019. The survey was carried out online. The figures have been weighted and are representative of all US adults (aged 18+).